Thérèse Coffey, the UK’s Health Secretary, has proposed that pharmacists should be able to hand out antibiotics without a doctor’s prescription. This has provoked alarm among medics and scientists, and rightly so. All of the evidence calls for greater restriction and regulation of antibiotics. The global cost of poor antimicrobial stewardship is dire. 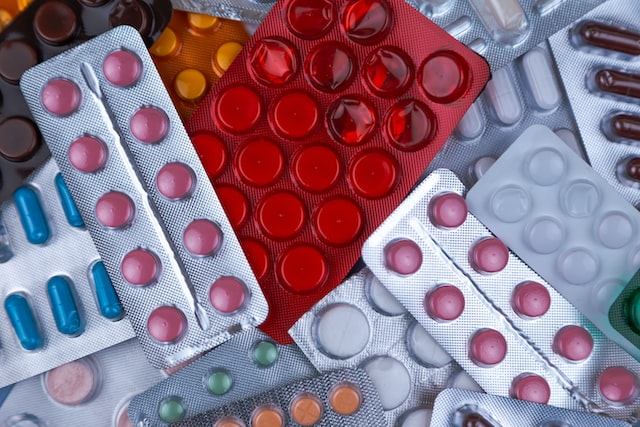 Estimates suggest around 10 million people per year will die because of antimicrobial resistance by 2050. The only way to mitigate this is to form policies to protect the drugs we have, and rapidly escalate the drug discovery pipeline. There has not been a new class of antibiotic discovered since the late 1980s.

The annual economic cost of antibiotic resistance has been estimated to reach between $300 billion and more than $1 trillion.

Sepsis is a major cause of death, here in the UK, with five people dying every hour. The number of deaths exceeds those dying from bowel, breast, and pancreatic cancer, combined. Without effective antibiotics, these numbers will increase and many lives will be lost.

What is perhaps more worrying is that we are already in a situation where antibiotics can be given to patients by pharmacists in Scotland and Wales. And, in fact, you can already get some antibiotics over the counter, without a prescription.

Eye drops containing chloramphenicol are easy to buy. It is also possible, with a few mouse clicks, to complete an online consultation and obtain antibiotics.

Azithromycin is an antibiotic that can be used to treat a number of minor infections and can be obtained from online pharmacies by simply claiming that you’re going somewhere commonly associated with travellers’ diarrhoea.

Similarly, doxycycline which is a treatment option for chlamydia, can be obtained online without the inconvenience of visiting a sexual health clinic to confirm the diagnosis. Most people probably couldn’t tell the difference between a case of chlamydia or gonorrhoea. And your GP doesn’t need to be told about any of this.

It probably seems like a logical thing to do for politicians trying to relieve the pressure on primary care. But self-medication, even under the supervision of a qualified pharmacist, who does not have access to someone’s complete medical history, could lead to reactions with other medicines or misdiagnosis.

Inappropriate use, over use, and even sometimes under use of antibiotics when they are needed, is regarded as one of the major drivers of resistance, which is having real negative clinical impacts.

Dispensing increasing amounts of antibiotics without proper supervision, will just make these matters worse. These drugs are not just used to treat sore throats and earache – without them many surgical procedures and cancer treatments would simply not be possible.

The proposal by Coffey will only serve to worsen the situation. It also sets a global precedent, which is contrary to the World Health Organisation’s Global Action Plan on Antimicrobial Resistance. This has the potential to isolate the UK from the global health community.

The UK was once a leading voice in this fight, with former Chief Medical Office, Dame Sally Davies, setting a positive example globally. It is a crying shame that this work could potentially be undermined because policies are apparently no longer being proposed based on scientific evidence.

While self-diagnosis and treatment are tempting for people leading busy lives and for politicians trying to find quick, cheap solutions, it has been proven to sometimes have serious negative results which can end up costing lives. And while the University of Reading trains Physician Associates, and is providing specialist training to pharmacists, such that they can prescribe with enhanced knowledge and experience, I do not think Coffey’s proposal is a sensible answer to the UK’s shortage of GPs.

It is also important to note that while Coffey may by a scientist by training, her claim to have a personal stash of antibiotics that she doles out to friends and family is alarming and deeply irresponsible.

It is time for us to pull together, as a community, and demand better from our politicians.

Simon Clarke is Associate Professor in Cellular Microbiology at the University of Reading.