Professor Roger Matthews’ research focuses on the origins of the earliest farmers in the Eastern Fertile Crescent of Iran and Iraq. This work puts him at the heart of discussions about how best to protect Iraq’s cultural heritage, which has long been threatened by conflicts in the region. Here he tells us more about his work and his invitation to speak at a UN Human Rights Council event earlier this month. 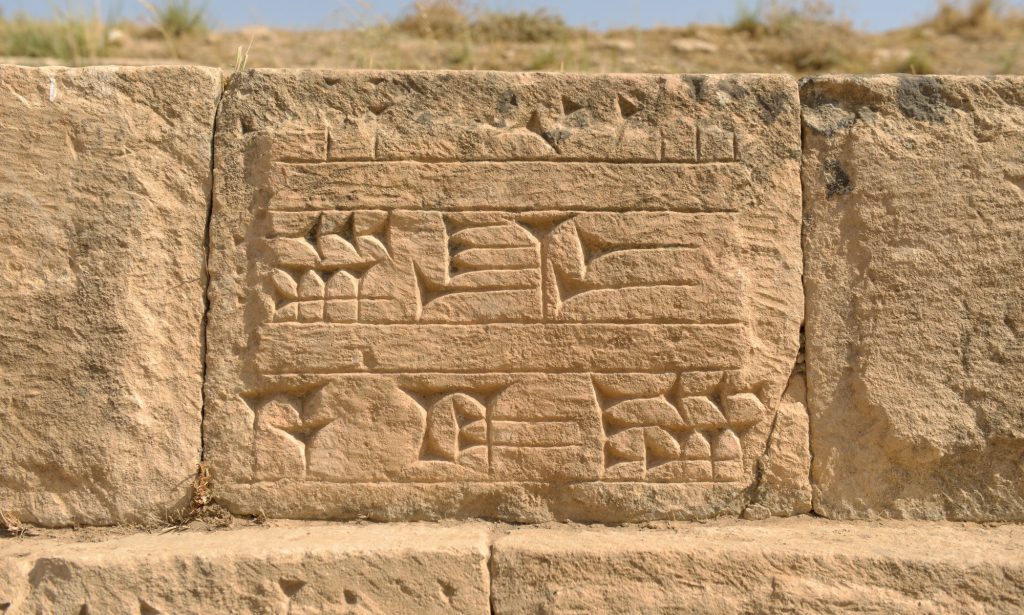 The event I was invited to speak at took place at the Palais des Nations, the HQ of the United Nations Office at Geneva- a grand complex of buildings with sweeping views across Lake Geneva to the snow-clad Alpine mountains beyond. The session, chaired by Professor Marc-André Renold, University of Geneva, UNESCO Chair in International Law of Cultural Property, covered issues around cultural heritage, cultural rights and human rights.

My presentation focused on heritage in Iraq, the devastation committed by Daesh on Iraq’s cultural heritage, especially in Mosul, and the steps we at RASHID International, with our Iraqi colleagues, are undertaking to address and alleviate some of the most pressing issues.

The cradle of civilisation

Iraq is home to some of the most globally significant cultural heritage anywhere in the world. But that heritage is currently under severe threat. Also known as ancient Mesopotamia, or the Land between the Rivers, the land of Iraq is shaped by the two great rivers, Tigris and Euphrates, that flow from northwest to southeast. Human occupation of most of Iraq, from Baghdad south, has depended on agriculture irrigated by these rivers for thousands of years.

Many major developments in human history first took place in Iraq. Examples from Iraq’s thousands of important archaeological sites include Shanidar Cave, where Neanderthal hominins lived and buried their dead, around 50,000 years ago, and Bestansur and Jarmo, where the first steps were taken by early people to change from hunter-foragers to farmer-villager lifestyles after the end of the Ice Age, around 10,000 years ago. Iraq also hosted the early empires of Ur, Babylon and Assyria. 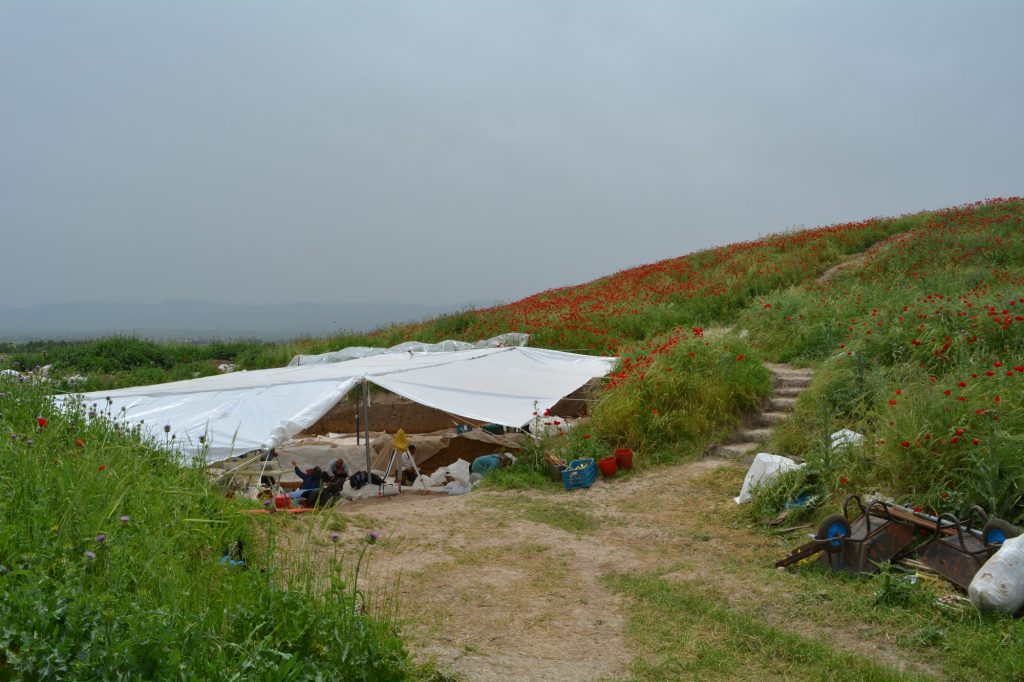 Excavation of Neolithic buildings at Bestansur, with red poppies across the mound (© Roger Matthews)

Due to conflict in the region, many historic sites have been damaged or destroyed, especially in the area of Mosul, Iraq’s second-largest city. Our work with Iraqi authorities aims to safeguard remains that have survived from damaged sites and to catalogue them to protect and preserve them for future generations.

Only five of Iraq’s ancient sites are on the UNESCO World Heritage List – and three of  them are currently rated as being under a substantial and imminent threat. Of the 11 Iraqi sites on the UNESCO World Heritage Tentative List at least two globally significant sites (the Assyrian capital cities of Nimrud and Nineveh) have been subjected to serious episodes of destruction by Daesh – also known as Islamic State – during their occupation of the Mosul region. 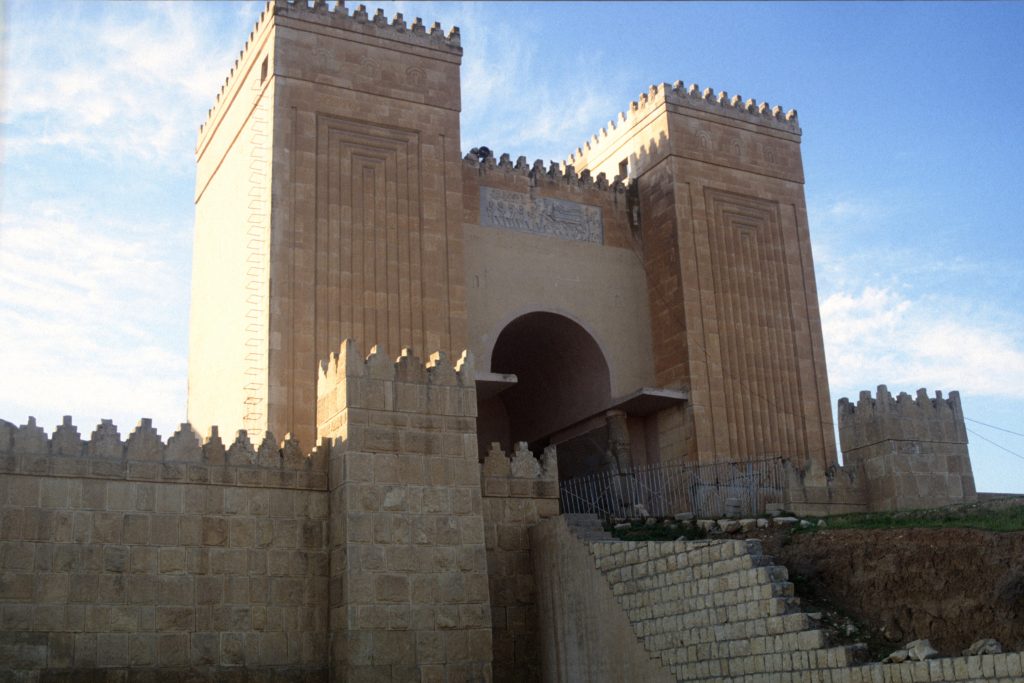 Our work takes place in an international context and considers wider legal issues around destruction and protection of cultural heritage. We oversee work to promote and protect heritage sites that are endangered by conflict and other threats, and I am pleased to say that Bestansur – one of the site of the earliest farmers in the eastern fertile region of Iraqi Kurdistan, where excavations are co-directed with Dr Wendy Matthews and Kamal Rasheed Raheem (Sulaimaniyah Directorate of Antiquities) – is now on the UNESCO World Heritage Tentative List.

The UN event I spoke at was a key milestone in highlighting the immense challenges, and opportunities, afforded by the threats and destruction to Iraq’s globally significant heritage.  We are now planning stakeholder meetings in Iraq to articulate the next steps in promoting and protecting the cultural heritage of Iraq.

Roger Matthews is Professor of Near Eastern Archaeology at the University of Reading, and President of RASHID (Research, Assessment and Safeguarding the Heritage of Iraq in Danger) International – a multi-national group of academics, professionals and individuals who are working to promote and protect the cultural heritage of Iraq.

Watch a video about Roger’s archaeological research in Iraq.

View the full impact case study on the REF 2021 website: Protecting and enhancing heritage and cultural rights in Iraq