For International Open Access Week 2022, Lúcia Nagib reflects on the process of Open Access monograph publishing and how it has increased the audiences for her latest book. 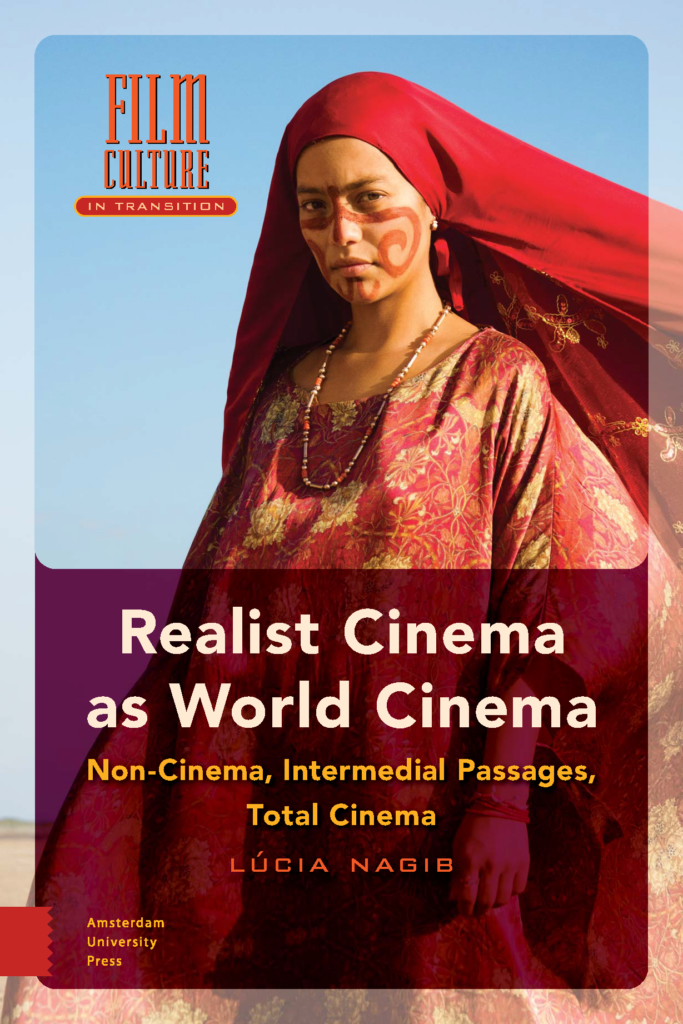 My book, Realist Cinema as World Cinema: Non-Cinema, Intermedial Passages, Total Cinema (Amsterdam University Press, 2020), proposes combining the term ‘world cinema’ with the more substantive concept of ‘realist cinema’. I argue that an ethics of the real has bound world films together across history and geography at cinema’s most creative peaks. My approach veers away from the usual focus on realism as a mode of reception and spectatorship, instead locating cinematic realism in the way films are made.

Drawing on recent films from around the globe, the book formulates three innovative categories of realist modes of production: ‘non-cinema’, or a cinema that aspires to be life itself; ‘intermedial passages’, or films that incorporate other artforms as a channel to historical and political reality; and ‘total cinema’, or films moved by a totalising impulse, be it towards the total artwork, total history or universalising landscapes.

Though mostly devoted to recent productions, each part of the book starts with the analysis of foundational classics, which have paved the way for future realist endeavours, proving that realism is timeless and inherent in cinema from its origin.

I was very lucky to garner, at project stage, the enthusiasm of a prestigious publisher, Amsterdam University Press (AUP), and of its important series, ‘Film Cultures in Transition’, directed by film studies doyen Thomas Elsaesser. I was even luckier to win the University of Reading’s support for Open Access publication, which fully matched AUP’s own Open Access policy and early championing of universal access to research.

Open Access is usually awarded to articles in peer-reviewed journals, rather than books. When the latter is the case, volumes are made available both as a whole and as self-standing sections. This also applied to my book, whose chapters are accessible as individual and independent units as well as part of the whole book. My book comprises 10 chapters, most of which had been in progress for several years. They are all tightly interconnected and structured in a particular order. However, because of their independent origin, it was easy for me to make them stand alone to be published as individual articles, with dedicated abstracts, bibliographies, filmographies and keywords.

I have never expected to make any profit from my academic outputs, and I really don’t think this is the objective of academic publications. There is also the fact that publishers are struggling to survive solely on the sales of physical books, so it’s natural that they would invest in Open Access. This means that the sales of the hardcover version of my book remain restricted almost exclusively to libraries, due to the unaffordable cover price of £97. However, because from the date of its launch, Realist Cinema has been available for free on the Internet, there have been a host of reviews in important journals and online discussions of international reach, such as the review and interview published in the prestigious journal Film Quarterly. It has also been distinguished as the runner-up in the Best Monograph category at the British Association of Film, Television and Screen Studies (BAFTSS) awards.

The great advantage of Open Access is the instant spread of the word about your book. You start receiving feedback from the day of its launch, once the link to its electronic version is shared on social media, such as Twitter and Facebook, and on academic networks such as Academia.edu and Research Gate. There is nothing more rewarding for us academics, eager to reach beyond our ivory towers, to know our hard work is actually being seen and read by a wider public.

Most importantly, as well as professional scholars, the target readership of this book is students at both undergraduate and postgraduate level, an audience which would remain beyond reach if we were to rely exclusively on overpriced physical copies. In all, my experience of a book being launched with immediate Open Access, enabled by the support of the University of Reading, couldn’t be more positive.

Lúcia Nagib is a Professor of Film at the University of Reading.