Professor Gavin Parker is Chair of Planning Studies in the School of Real Estate and Planning at the University of Reading. He has a strong interest in policy instruments revolving around citizenship, participation and governance – an interest that spans the urban and rural divide and a number of policy fields. He has been actively researching community and neighbourhood planning with reports and publications that have been shaping policy agendas in this regard. 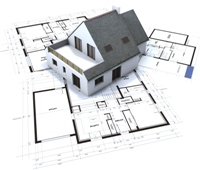 This is a brief scene setting piece concerning the recent and highly publicised changes to the town planning system in England. Rarely has planning ridden so high on the national political agenda and only occasionally do higher profile national cases merit a brief mention in the media. When such planning stories come up they are often couched in terms of environmental impact concerns or with headlines of ‘Developers thwarted’ and centre on conflicts between interests. Yet the reasons for and importance of planning is never really opened up for debate. Recent changes to the planning system in England at least afford an opportunity to relook at the basis and rationale for planning in England. And accompanying the changes has been a hard fought debate over the bigger issues at stake and as such the fundamentals have been re-aired.

Planning may be seen as a key lever in shaping and enabling development and in setting the direction for sustainable growth. Planners aim to think long term and in cumulative terms over the best and most efficient use of land and actively think about the spatial distribution of activity ‘where is it best placed?’. Planning has also been recognised as a tool to help to realise the UK government’s aspirations in terms of localising decision-making.

Yet the Government’s planning recent reforms also carry an underlying critique of planning, as supposedly a brake on growth and the initial proposals for reform issued in 2010 carried with them a frustration at the way that development has been slowed in this latest period of credit squeeze, recession and austerity. As such the aims of government in the reforms have been to simplify, as well as re-orientate, the system towards growth and at the same time to try and use planning as a key tool in their localism agenda – not an easy thing. As the debate has developed over the past year or so recognition of the need for a planning system that balances economic interests and aims with the protection and enhancement of environmental and social goods has, thankfully, been largely achieved as a product of extended public debate. However the proof of how this is maintained will only come over the next few years. I now briefly turn to outline some of the most salient changes and why I say this.

The basis of the reforms

There are two main loci for change, these are the Localism Act which was passed into law in December 2011 and many of whose provisions come into effect on 6 April 2012. This legislation is far ranging and the planning elements involve important changes – it encourages a more localised approach to planning for example. The second is the National Planning Policy Framework (NPPF) published in final form on 27 March 2012. This is a document that sets out the national guidance for planners, developers and others interested in shaping the built and natural environment.  In broad terms this document will inform planning decision making in England and act to guide the general thrust of local plans.

There are several headline changes included in the Act. One of the key changes for planning is the removal of the regional tier of planning activity – this move has abolished  Regional Spatial Strategies and the Regional Development Agencies as part of the much vaunted ‘bonfire of the quangos’ and in the name of both simplifying and reorienting the  ‘top-down’ approach involved with strategic planning. There has been instead a shift downwards with more emphasis on the local authorities and on other local actors, including business. As such the replacement of regional planning is a duty to co-operate across boundaries and the unveiling of Local Enterprise Partnerships (LEPs) as groupings of businesses, local authorities and third sector institutions who act to identify and orchestrate around key issues affecting local economies. The Thames Valley has one and the University is involved in it (see link below).

The second important innovation is with the instigation of a form of community level planning, which should result in the production of a new tool – Neighbourhood Development Plans (NDP). The argument used is that people want to engage with local issues and to be empowered to consider development as growth on their own terms. Overall the Act seeks to encourage more responsibility over policies and decisions taken at the local level and for more emphasis to be placed on the local authorities and constituent neighbourhoods to shape growth – the other pillar of the government’s agenda. Overall the Localism Act places a considerable emphasis on local authorities to produce a local plan, and quickly, and to support neighbourhoods embarking on NDPs. The question persists however that, in a resource-shrinking environment, can they perform as required? Government are hoping that neighbourhoods will establish neighbourhood forums and will produce their own NDPs over the next year or two. Seeing the potential for inertia they have initiated the process early by providing some funding to around 230 ‘frontrunner’ neighbourhoods (see link below).

Decision makers trying to decide whether to invest, develop or when to say ‘yes, no or maybe’ to development need substantive clarity; they need clear ‘decision rules’ to guide their actions. The express intent of the NPPF has been to reduce the amount of planning guidance and to make such guidance that remains clearer and more accessible for users of the planning system. Some claim that government has confused brevity for clarity and while the aim of reducing the quantity of guidance has been achieved, whether the intention to make policy clearer only time will really tell. The NPPF itself stands at just over 50 pages and the main highlights are the test of sustainable development and 12 ‘principles’ of planning that are indicated in the Framework (see link below).

Sustainable development and questions about what this means have been addressed with the 5 pillars derived from the previous government’s Sustainable Development Strategy (2005), used alongside the well worn definition of sustainable development: ‘development that meets the needs of the present without compromising the ability of future generations to meet their own needs’. How this plays out on a case by case basis is the real issue however and past practice and thinking had produced a series of criteria and cross-cutting policies aimed to assist planners and others to shape development proposals and support decisions expressly to achieve sustainable outcomes. One fear is that this wisdom will be substantially lost or ignored, (or quite possibly reinstated piecemeal) begging a question about why the changes were embarked upon in the first place.

Many commentators question the impact and usefulness of the document given that planning covers such a wide and complex range of circumstances and issues, such that the 50-page document can scarcely act as a manual. Instead it is very much scene setting – it is more of a manifesto for others to interpret and refine. As a result look out for more guidance to be produced more quietly over the next year or so… In the meantime there are concerns that the perceived gaps will produce more ‘planning by appeal’ with developers testing the system and of course, as with much change, the uncertainty that this produces is likely to prove lucrative  for the lawyers.

Overall the changes are radical in intent but many planners are wondering just how much difference all this will make on the ground and whether in times of austerity they may actually now serve to hold growth up (and may not bring forward localist activity in a deep, meaningful or inclusive way), particularly when there is little or no resource to back this up. Indeed quite the opposite is happening – many local authorities have been cutting back on their planning budgets since 2009 (latest figures show a 24% reduction on average). The final point is that the environmental and amenity lobby groups in particular have been upset by the changes as they fear that, at least in the hiatus, developers will be able to work the nascent system. The concern is that any inadequacies of the policy framework in some local authority areas may be exploited to successfully push through dubious developments in locations previously considered unsuitable.

Many of the key ideas and principles underpinning planning are outlined in a new book: Key Concepts in Planning by Gavin Parker and Joe Doak (Sage, 2012). See also: Lynn, T. and Parker, G. (2012) Localism and Growth? Neighbourhood planning and housing. Town and Country Planning, Vol.  83(1): 15-19; CPRE, National Trust and Friends of the Earth (2012) Inexpensive growth? Report published February, 2012. The NPPF is located: http://communities.gov.uk/publications/planningandbuilding/nppf; and the link to neighbourhood planning and  the relevant provisions of the Localism Act are located at: www.communities.gov.uk/planningandbuilding/planningsystem/neighbourhoodplanningvanguards/ The webpage of the Local Enterprise Partnership covering the Thames Valley can be viewed through: www.businessinberkshire.co.uk/tvep