Snakebite envenomation is a disease of poverty which predominantly affects rural agricultural communities in developing countries. Worldwide, for every five minutes at least 50 people are being bitten by snakes and 25 of them are injected with venom resulting in at least one death and four permanent disabilities. Here Sakthi Vaiyapuri reflects on successes and challenges of a large-scale public awareness campaign he coordinated in Tamil Nadu, India. 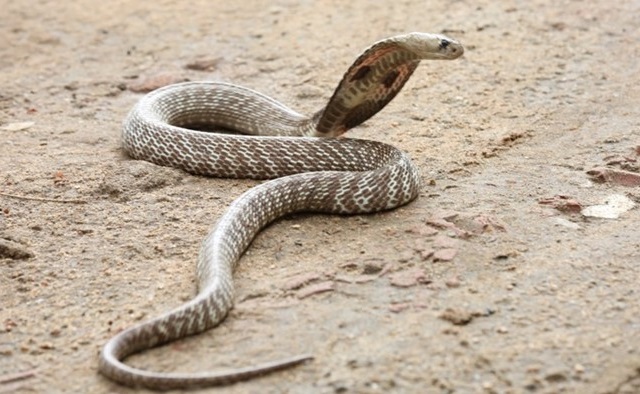 India is considered as the ‘capital’ of snakebites due to the substantial number of bite and associated deaths and disabilities that occur each year. A socioeconomic impact study we performed in 2010 in the state of Tamil Nadu identified lack of public awareness and understanding as a key factor contributing to snakebite-induced deaths and disabilities. So in 2018, we drew together a team of researchers, doctors and local community organisations to launch a major public awareness programme aimed at the public, schoolchildren and college students in rural areas of Tamil Nadu.

We developed key messages and communications tools which we could use with children and rural communities, containing information about venomous snakes and appropriate ‘dos and don’ts’ if bitten, as well as other essential details. We created leaflets and different types of posters in English and Tamil and developed short 5-minute videos and longer documentaries (up to 30 minutes) for the campaign. We then arranged meetings and assemblies in over 150 villages and more than 200 schools and colleges. At the meetings we gave a short introductory talk, showed the documentary film, distributed our leaflets, and answered questions. We also used a pictorial questionnaire to measure the impact of our activities in increasing people’s awareness before and after the sessions.

In total, we have distributed over 300,000 leaflets and more than 500 posters so far. We have engaged with over 50,000 children and young people and 250,000 villagers through direct activities. We published over 200 news articles in local and national media (important since the top six Indian news titles alone have a collective readership of over 67 million). Following our action, a popular Tamil television channel, Puthiya Thalaimurai, developed a documentary about snakebites and our activities, which was broadcast over two weekends at peak times. In line with their target rating point (TRP), this documentary has reached over 4.5 million people. We created a dedicated Facebook page, and this has attracted over 20,000 followers and reached over 3 million people via promotional activities.

The pictorial questionnaire we collected showed that our activities had an immediate impact and greatly improved awareness. And we have found that over 85% people retained the knowledge that we provided even after one year. Data collected from a snakebite referral hospital demonstrate that, as a result of our campaign, the number of admissions has increased compared to the previous year, and that most of these snakebite victims arrived at the hospital within the crucial four-hour window following the bite. As a result, they were discharged sooner with fewer complications and significantly lower treatment costs. The outcomes of this study were published in a reputed scientific journal, PLoS Neglected Tropical Diseases.

Our study demonstrated that a multifaceted community education programme is an effective approach to educate children and young people and rural communities about the dangers of snakebites. This approach could easily be adapted and used in other countries where snakebite is a major concern.

Reflecting on our success, I think it was because we involved such a large team of individuals including clinicians, scientists, academics, snake rescuers, NGOs and government officials. Everyone understood the impact of snakebites in rural communities, and thus appreciated our work and were highly engaged. We received an excellent response from the schools and colleges we approached to host our awareness activities as they understood to the importance of snakebites as a public health hazard. Finally, our lead researchers’ backgrounds as Tamil speakers from rural communities in Tamil Nadu, helped to break down language barriers and to gain trust and respect as high-profile members from their own community.

Sakthi Vaiyapuri is a Professor in the Department of Pharmacy.