The Forest of Białowieża, which straddles the border of Poland and Belarus, is unique in Europe: it is incredibly ancient. Woodland has been continuously present there for some 12,000 years. With the protection of 6059 hectares from human disturbance within the Polish national park, as well as the return of its iconic European bison herds from the brink of extinction, the forest is widely regarded as a model for restoring biodiversity or “rewilding”, which areas across Europe are trying to emulate. 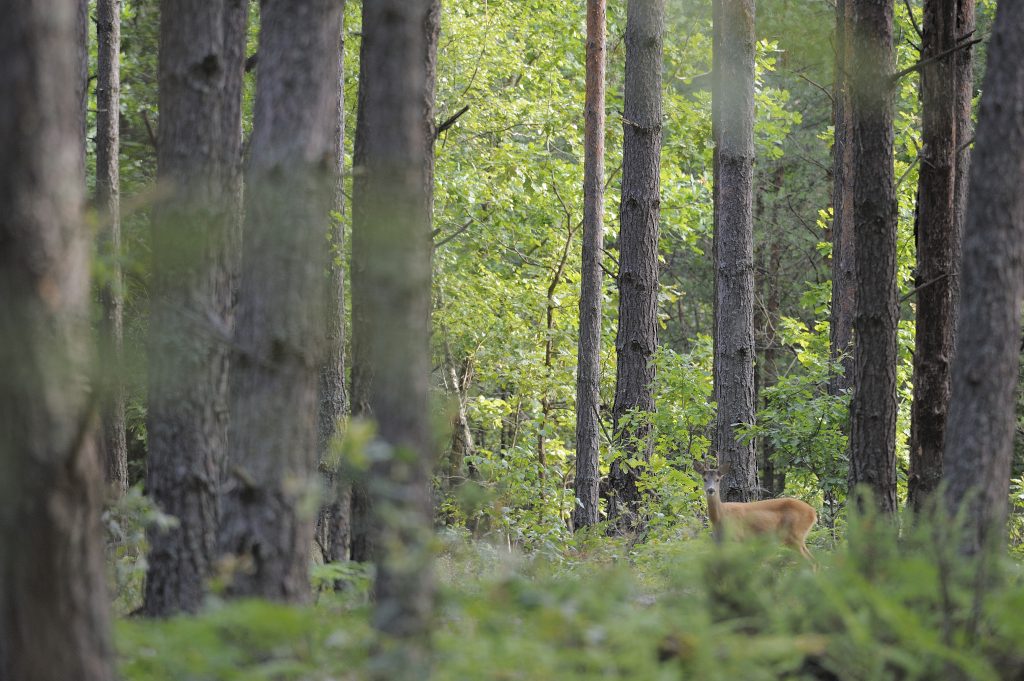 Human memories are remarkably short – often only a generation or so. What we remember as “natural” landscape is often what we remember experiencing as a child. This makes conservation and landscape management particularly subject to “shifting baseline syndrome” – a psychological phenomenon which describes how each new generation accepts as natural or normal the situation in which it was raised. This means that significant time depth is rarely considered in future planning. But understanding environmental change, and planning for the future impact of our species, must include a long-term perspective.

There are ways around this. Archaeologists such as ourselves are uniquely placed to understand how fluctuations in human activity can affect the environment over much longer time periods. It is well known, for example, that our species’ mastery of farming enabled our populations to grow, with resulting deforestation and loss of biodiversity. This can be mapped through pollen coring, and the study of archaeological plant and animal remains. These techniques have become more precise in our lifetime, especially with advances in radiocarbon dating.

The reverse process can also be charted. Scanning of the rainforest in northern Guatemala indicated that entire Mayan cities and fields were recolonised by the jungle after being abandoned, along with large swaths of the Amazon Basin.

And, in Europe, the Forest of Białowieża simulates the type of unplanned rewilding that took place just to its north over seven centuries ago as a result of the Baltic Crusades against pagan native populations. We used archaeological techniques to examine the long-term environmental impact of prolonged warfare and regime change as a result of these crusades, in order to better understand humanity’s longer-term effects on the environment.

Previous knowledge of the ecological impact of regime change at this formative time was based on scattered and highly localised sources. Our project brought together the largest and most diverse dataset ever compiled for the historical period, drawing on archaeological, environmental and written sources, and comparing it across multiple countries.

From the end of the 12th century, the pagan tribal societies of the eastern Baltic (today Estonia, Latvia, western Lithuania, north-east Poland and the Russian Kaliningrad Oblast), became the targets of relentless crusades from the West. The conquered tribal territories were reorganised as Catholic polities called Livonia and Prussia and the native aristocracy was replaced by a theocracy, dominated by the Teutonic Order. They built impressive castles, the largest of which were effectively fortified monasteries.

The sustainability of the new regime depended on the exploitation of natural resources, particularly for food, fuel and building materials. To this end, the theocracy encouraged Catholic migrants from neighbouring German and Polish regions to settle the conquered territories.

Modern warfare has largely had a detrimental effect on wildlife, but the Baltic Crusades resulted in depopulated frontiers with Lithuania, which remained at war with the Teutonic Order for more than a century.

Here we found the pollen record showed a drop in human activity and reforestation. This became known as the “Great Wilderness”. Fragments are still visible today, particularly in north-eastern Poland. Written sources and animal bones recovered from frontier castles indicate diverse wildlife: it is here that the last wild European aurochs and bison took refuge. Noticeable human impact on vegetation in the Great Wilderness largely dates from the 17th century.

But if rewilding occurred on the frontier, the opposite trend occurred in the political heartlands of the new regime. After the crusades, the steady influx of migrants into newly built towns in Livonia and Prussia coincided with a noticeable expansion in cultivation.

In Prussia, this can be tracked in the pollen profiles across the region over time as later waves of migrants reached the frontier. In Livonia, where migrants were largely confined to towns and castles, the native population increased and established new settlements and fields. In both regions, the rural population supplied the growing towns with grain and meat, evident from the combination of archaeological animal and plant remains recovered from excavations. But pollen data, combined with a reexamination of the written sources, indicates that large tracts of woodland remained in populated areas, deliberately preserved as sources of timber, game and beeswax.

In the centuries preceding the Baltic Crusades, we can see there was already a noticeable human impact on the environment, coinciding with the rise of the Polish state in the 10th century and the emergence of a powerful native aristocracy across the eastern Baltic, ruling from strongholds. Populations grew, forests were cleared and replaced with cultivated fields.

The crusades halted this impact in some areas, and accelerated it in others – and, despite the rewilding of the frontier, continued the general trend in decreasing biodiversity. 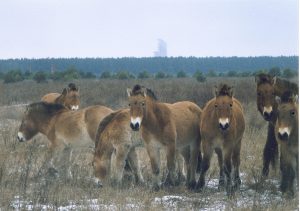 Today’s substantial challenges for conservation are compounded by governments’ tendency to plan on a short-term basis. But in some places land is being left to rewild. Much of this has been unplanned, such as in the exclusion zone around Chernobyl, where wildlife has thrived in the 34 years of dramatically reduced human activity following the explosion, despite radioactive contamination of the soil and ground water.

There are also increasing calls for tracts of land to be set aside in a more planned effort to rewild. This is fantastic. But it is essential that planned increases in biodiversity include a much longer-term perspective of the varied impact of our species on the environment, drawing on and integrating the varied records of the past.