The majority of the world population now lives in cities. ‘Smart cities’ could help solve a range of problems faced by UK city dwellers – from air pollution to economic deprivation. Professor Tim Dixon, whose research helped shape the thinking behind a recent Top Tips for City Mayors booklet, explains what ‘smart cities’ are and how they could change policy to benefit us all. 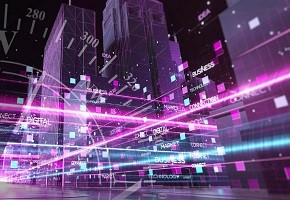 The concept of ‘smart cities’ is seen by many as offering technology-led solutions to the important socio-economic and environmental problems facing our urban areas. They can be defined as cities that offer effective integration of physical, digital and human systems in the built environment to deliver a sustainable, prosperous and inclusive future for its citizens.

Using intelligent technology (via the internet of things, or the networked connection between everyday objects from home appliances to vehicles) a smart city monitors the state and activity of key urban elements such as transport, energy and air quality. This can produce valuable big data (or rapidly changing high volume data) for decision-making and predictive analysis. This also helps create a smart infrastructure which is dynamic and responsive and leads to better planning and greater efficiency in urban systems. That can benefit people by creating cities that are more energy efficient and more sustainable.

Smart cities do, however, raise issues of privacy and also concerns over the extent to which people are consulted or engaged directly through participation. Our recent research for the RICS Research Trust also found that there is an apparent lack of strategic thinking in UK smart cities, and the current focus appears to be on open data rather than big data. Only 47% of cities in the survey had an established definition for a smart city. Moreover, high-level planning at city level is not common; less than a quarter of respondents had a smart city action plan and only 22% had a smart city framework. Similarly, only a third of respondents had a data strategy for their city and only 22% stated that the strategy mentioned big data. On the other hand, some 61% of respondents suggested their city had an open data platform.

It is vital for cities not only to have a strategy in place if they are to be smart but also to engage directly with their citizens about their needs. Scaling up actions at city level to roll out smart technologies is a major issue in an era of austerity, and also when the smart city landscape in the UK is still fragmented. Outcomes need to be both smart and sustainable, and should avoid short-term fixes. The development of the Reading 2050 vision, in which the School of the Built Environment at the University of Reading is a major player, is a good example of how we can provide a strategic framework to encourage this long-term planning.

The recent moves towards increased devolution for England’s cities through the direct election of city (and city region) mayors provides an important policy platform for growth and change in UK smart cities.

Our research has helped shape some of the thinking behind the All Party Parliamentary Group (APPG) for Smart Cities Top Tips for City Mayors. It addresses questions such as: ‘How can the new Metro Mayors enable their city regions to work better, with limited resources?’ and ‘How can they bind together the many agencies and authorities to provide citizens with the services they want, in a modern form that works for them?’

Our recommendations suggest the built environment sector can play an important role in smart cities. City authorities need to develop clear smart city and data strategies to provide greater certainty to stakeholders, and help improve incentives for companies to share their data. This also means professional bodies need to act more decisively, by championing change and promoting the uptake of data and smart city skills within the built environment sector. City mayors therefore need to work hard to promote increased collaboration between these actors and technology companies to harness the power of built environment data, and help deliver an improved service for citizens.

So what needs to change at a national policy level for smart cities to be successful? We have suggested the following in response to a recent consultation from the APPG for Smart Cities:

Ultimately, we believe that a national smart cities network/commission could help join up thinking, and support further development in the UK and internationally. This would also help share best practice and overcome some of the problems relating to city data access. Only then can we really start to see the real benefits of smart cities for the people who live in them.

By Professor Tim Dixon, School of the Built Environment, University of Reading