On 7 June, I participated in the University’s first Open Research Awards, and was lucky enough to win with my case study examining the costs and benefits of open research for humanities scholars. This was a cause close to my heart, since it often feels that the humanities are an afterthought in the development of open access policy. The opportunities for publishing open access in this field remain limited, especially because scholarly journals tend to specialise closely in small areas of study. This means that engagement with open access publishing routes remains less developed in many areas of the humanities than in the sciences. Nonetheless, my case study also showed how open access publishing offers unique opportunities to communicate more freely with both academic and non-academic audiences. Non-academic writing such as blogs and magazine articles helps to drive readers to open access academic work, and thus to a deeper engagement with research. 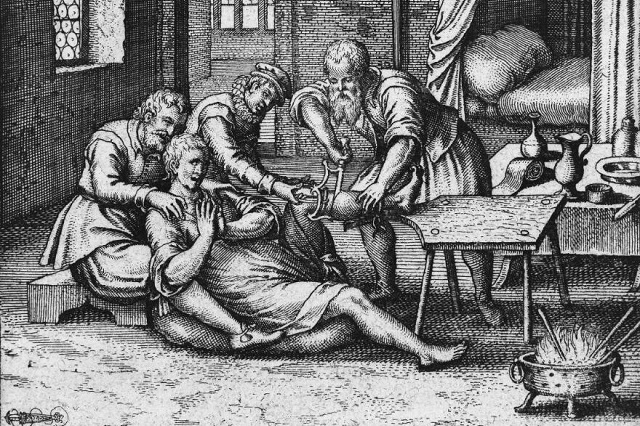 Surgery and Selfhood in Early Modern England: Altered Bodies and Contexts of Identity [1] is an open access (OA) monograph published in 2021. It is the product of a Wellcome Trust-funded postdoctoral fellowship undertaken 2016-2019, which investigated what happened to people of the period 1550-1750 when they experienced life-changing surgeries such as amputation, mastectomy, or facial surgery.

This work draws on historical medical and literary texts. It provides valuable new interpretations and collations of historical material, including the first examination of phantom limb syndrome in this period and the first analysis of representations of early mastectomy survivors.

Every article arising from this project has been published open access and this process has highlighted some difficulties of OA publication – in the humanities, a relatively small number of journals offer OA provision and this restricts publishing avenues. However, it also highlighted opportunities in this area. In 2020, two of the five ‘most read’ articles in Social History of Medicine were authored by me, with a combined readership of over 30,000. My first OA monograph Constructions of Cancer in Early Modern England (Palgrave, 2016) has been downloaded over 17,000 times, exceptional for a humanities monograph (2). Surgery and Selfhood has reached a far wider audience than would otherwise have been the case, with over 1700 readers in 3 months.

In addition, the OA status of my research proved vital to integrating the academic-facing and public-facing aspects of my work. For example, non-academic articles I have written link to free copies of my books (3,4). Insights from public engagement events I organised during my postdoc directly influenced my research, creating a moral imperative for making that research freely available. As a result of the readership generated for both my open access and non-academic work, I have been able to acquire a literary agent and am currently in the process of securing a trade book deal.

Since I published Surgery and Selfhood, the Wellcome Trust, along with other funders, have imposed more stringent open access policies. They no longer pay Article Processing Charges but require articles to be published in journals which are entirely open access. This presents a substantial challenge to humanities scholars, for whom the number of such journals is even more limited than those previously offering Gold open access. It is especially problematic for early career and independent scholars who do not benefit from institutional agreements with publishers. As the British Academy have pointed out, the move toward requiring publications to be open access in order to be REF-eligible could therefore leave scholars in between finishing their PhDs and finding a job (an increasingly long stretch) with a choice either not to publish, or to publish in routes which are not REF-eligible, thus hurting their chances in a very difficult job market [5].

It’s difficult to know what can be done about this problem, but one mitigating factor would be for Universities to act generously in allowing precariously employed or recently graduated scholars to retain their University affiliation, and thus their access to ‘read-and-publish’ agreements. There are also individual steps we can take. I have assumed the role of Open Research champion within my department to help others navigate the process of making research accessible. I have also taken up a role in the Early Career Academic Forum of the UKRI, advocating for funders to recognise the differing needs of scholars in the sciences and the humanities when formulating open access requirements.

Alanna Skuse is the Principal Investigator for the Wellcome Trust University Award project What think you of a wound? in the Department of English Literature.