Donald Trump promised the American people that he would “Make America Great Again” by pursuing an America First foreign policy as president. The pledge, made on his inaguration day, stemmed from his belief that the international liberal order created by the US at the end of the second world war no longer served its purpose. America’s expensive commitments abroad had left the country exhausted and overstretched.

While Washington’s elites acted as the policeman of the world, as he saw it European allies were given a free pass on American largesse. Unfair trade agreements and globalisation had caused much damage to the US economy and, as a consequence, Americans struggled with wage stagnation and a rising cost of living. He was not far from the truth: American foreign policy has been in dire straits for quite a few decades. 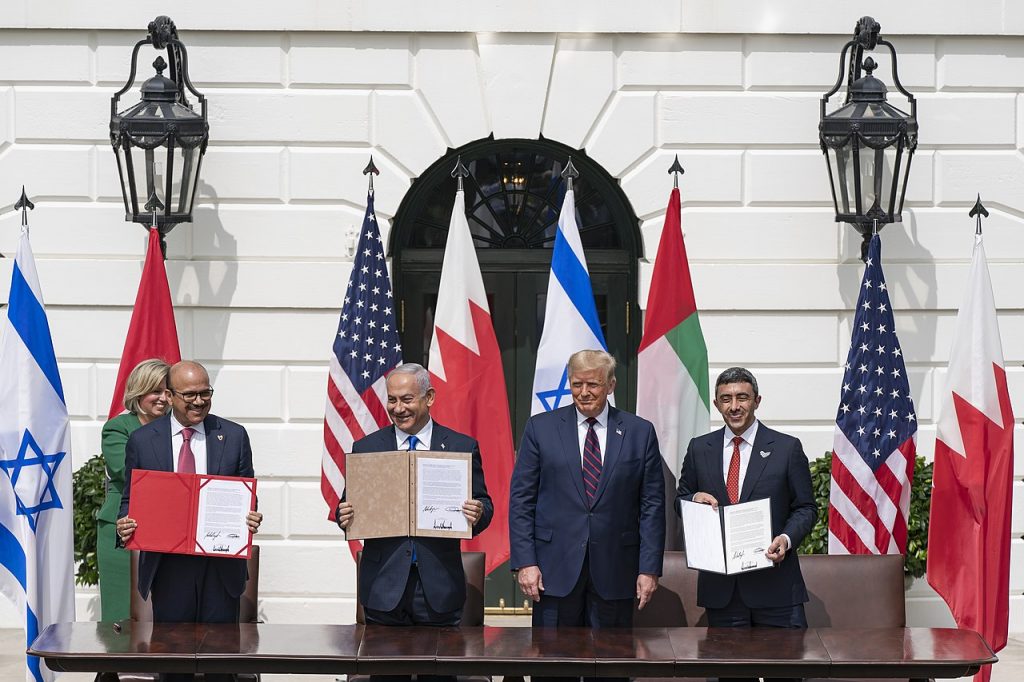 As Trump’s administration approaches its end point, this is probably the most significant aspect of his foreign policy legacy. He pointed out an inconvenient truth that both the Democratic and Republican parties had refused to acknowledge: the US could no longer sustain a policy of global supremacy at the expense of domestic economic stability.

Unfortunately for the American people and the rest of the world, Trump was unable to deliver on his promise to make America great again. Even though he didn’t win a second term in the Oval Office, he leaves behind a foreign policy legacy that will make the job of his successor, Joe Biden, very difficult.

Trump spent his one term in the White House rolling back or striking down many of the policies of his predecessor, Barack Obama, withdrawing from international institutions and treaties, and weakening historical alliances. But he never put forward a cohesive foreign policy strategy that would renew US global leadership, strengthen the economy and protect national security.

By appointing inexperienced family members to lead key foreign policy issues, shifting foreign policy-making into the White House and forcing a business-like restructuring of the State Department, he undermined the administration’s ability to think strategically about the US role in the world and its long-term goals in specific regions.

He also failed to fully transition from businessman to commander-in-chief. He often relied on short-term solutions and quick fixes. His private character and operating style, such as the reckless use of Twitter-diplomacy, left allies and enemies puzzled, to say the least, about his knowledge and understanding of his role. This eroded the credibility of America’s international commitments and its capacity to act effectively in the international realm.

Trump’s rejection of international organisations has left the US exposed to transnational threats. COVID-19 is, sadly, the perfect example of the isolationist backlash. His decision to part from the World Health Organization made the US even more vulnerable at the height of a global pandemic.

Withdrawing from the Paris Agreement on climate not only put the US at the back of the fight against climate change, it also harmed America’s soft power, prestige and global leadership. It also allowed Beijing to claim the moral high ground on an issue that affects the entire planet, thus strengthening Chinese soft power. Biden has already indicated he plans to rejoin the Paris Agreement as soon as he is inaugurated.

China stepped into the vacuum

Despite accusing China of being a currency manipulator, an intellectual property thief and a cyber-terrorist, Trump often praised Xi Jinping, referring to China’s president and chairman of the Chinese Communist Party as a friend. He had similar praise for other authoritarian leaders, including Russia’s Vladimir Putin, North Korea’s Kim Jong-un and Turkey’s Recep Tayyip Erdoğan.

Of all the Trump’s foreign policy failures, his China policy is probably the most significant. Sino-American relations are actually much worse now than when he took office. Withdrawing from the Trans-Pacific Partnership early on in January 2017 created a power vacuum in Asia that Beijing has been more than happy to fill. This has generated uncertainty about the role of the US as a guarantor of the security of its allies.

The so-called trade war with China has caused much damage to the US economy. Exports to China have been falling steadily since 2017 and manufacturing jobs have not returned to the US. Meanwhile, Beijing has increased its military activities in the South China Sea, launched multiple cyber-attacks and violently repressed nearly a million Uighurs in Xinjiang province.

In the Middle East, Trump deserves credit for the normalisation of relations between Israel and the United Arab Emirates and Bahrain, but overall his foreign policy has been a mix of confused and contradictory priorities. The threat from nuclear weapons has grown considerably over the past four years. And despite Trump’s claims that his personal diplomacy style was the key to avoid war on his watch, the truth is that both Pyongyang and Tehran have continued to build up their nuclear arsenals.

The Trump administration’s priority was to maintain support from its isolationist electoral base. In this sense, Trump never really left the campaign trail. He easily sacrificed US strategic interests around the world to appease those who voted for him because of his promises to put “America first” and “drain the swamp”.

But withdrawing US leadership from the international stage, refusing to engage with global issues and starting a trade war with China were clearly not the solution to “Make America Great Again”. On the contrary, they have seemed to be the quickest way to make China the world’s greatest power in the 21st century.

Mara Oliva is an associate professor in the Department of History.