I am a Post-Doctoral research scientist working in the energy-meteorology group at the University of Reading. A recent application to the Reading Open Research Data award lead to some extended reflection on how useful open data has been to me from PhD student to research scientist. Below I’ll give the highlights of how open data has really helped on this journey. 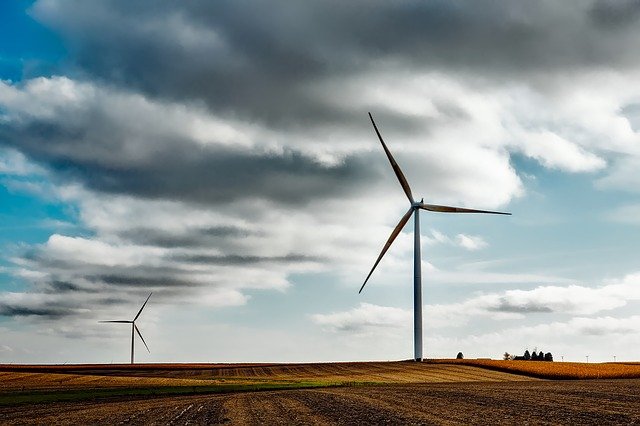 In the beginning there was code

My PhD was titled ‘The impact of climate variability and climate change on the GB power system’ and was one of the first projects to use large amounts of meteorological data to rigorously investigate the differences in weather from year-to-year on national power systems. This was very daunting at the start of the project, as I was going to need a lot of different tools to answer my research questions including: lots of weather data, methods of converting them into energy variables (such as energy demand and wind power generation) and a way of analysing the results. I was incredibly lucky that one of the Post-Docs in our group had previously developed a model of wind power generation for GB and published this online via centaur. Having some example code to load in data, create a model, and make some relevant plots was incredibly helpful as a starting point to my PhD and gave me confidence that this project was going to be manageable!

Time to repay the favour

After finishing my PhD after a brief foray into European Wind Storm Modelling I returned to the energy-met group to implement some of the methods from my PhD at a European scale, in a weather forecasting framework as part of the Sub-seasonal to seasonal for energy project. I found the process of publishing my own open-data quite challenging. It triggered a lot of imposter syndrome that someone would come along and tell me it was ‘all rubbish’. But thankfully that hasn’t happened yet, and the team at the Reading Research Data archive made submitting the files and explanations very simple.

My fears were not founded

One of my greatest worries when we decided to publish the energy data and methods that I’d used in my research was that suddenly I wouldn’t be needed anymore. This however, turned out to be very wrong and if anything the opposite has happened. Since publishing datasets on the Reading research data repository in early 2020 I have been contacted by multiple UK institutions wanting to experiment with the data (one of which I am now employed in collaboration with). As well as this I’ve had emails from researchers across Europe wishing to use the data, and from those in USA and Mexico wanting advice on how to create their own versions of the data.

As an early career researcher I’m constantly looking for ‘CV-points’ and having open access data has definitely opened some doors for me in terms of my career. Firstly, it allowed me to apply for money from the Reading UROP scheme to have a summer student investigate the properties of the datasets, which we later went onto write up as a paper. It was relatively low effort for the student to get started on this project as the data was all stored in one place and well documented with relevant publications linked to it through centaur. I have subsequently used the datasets for MSc and BSc projects, and am currently involved in multiple European collaborations.

The methods and data have also been used by the industry and policy communities, including National Grid, The Royal Society, and the UK Met Office, who have used it to support policy reports for the National Infrastructure commission of Adverse weather risk for UK electricity systems. These kind of interactions would have been much more difficult without the open visibility of the datasets and methods online.

I would thoroughly encourage researchers at *any* stage of their career to spend time thinking about how they can make their research more open. It’s been hugely beneficial to me in many unexpected ways! Please do get in touch to talk about the research or open data process in more detail.

Hannah Bloomfield is a Research Scientist at the National Centre for Atmospheric Research.