In just four decades, human activity has wiped out 60% of our planet’s wildlife, according to a new report by the WWF. The solutions to halting this shocking decline start with us as individuals, says Tom Oliver in a recent post for The Conversation. 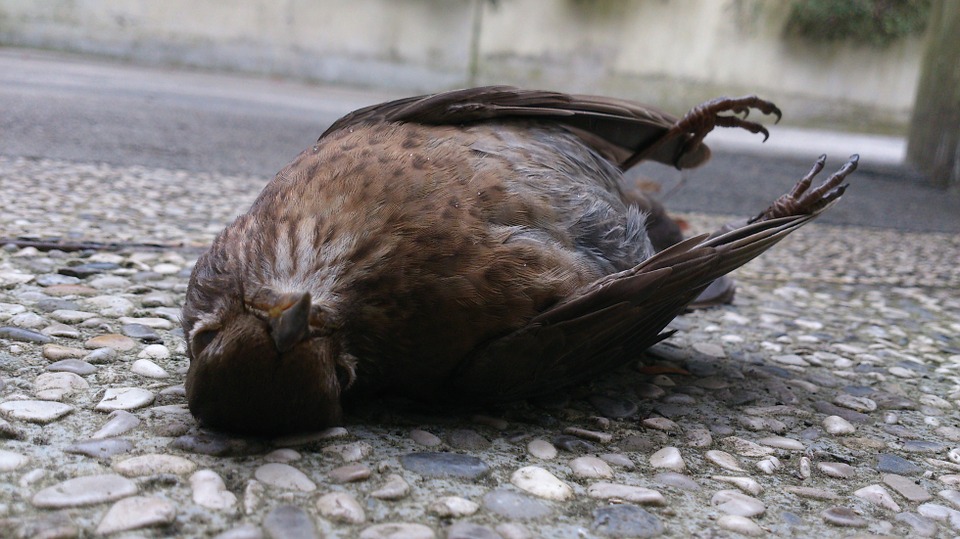 A report by the WWF published on October 30 reveals how our actions are degrading the natural world – the very basis on which our livelihood depends. The Living Planet Report 2018 shows that between 1970 and 2014, vertebrate – mammal, fish, bird, amphibian and reptile – population sizes have been reduced by 60%. South and Central America have been hit particularly hard, suffering population declines of 89%.

The report is one of the most comprehensive global analyses of biodiversity, yet it does have its limitations. It only tracks vertebrates, sampling is not standardised across different biomes, and it ignores genetic diversity.

It’s also worth noting that other global studies have reported different figures for biomass decline. A study in Nature looking at plant and insect species, estimates declines in species abundance of around 11%, and a study from Germany found a 75% decline in flying insect biomass in the 27 years up to 2016.

These are large discrepancies and clearly this topic needs further exploration. However, all these studies support the conclusion that we are losing biodiversity at an alarming rate.

There are two main strands of argument when it comes to the loss of wildlife. The first is that the loss of nature is a necessary and acceptable consequence of human progress. Historically, our wealth has increased through exploiting the natural environment, and it has allowed us to live richer lives with more freedom of opportunity.

Counter to this, the argument runs that we can only push biodiversity loss so far before we threaten the life support systems of our small planet – the capacity of the biosphere to regulate our climate, pollinate our crops, purify our water and decompose our waste. The biologist Paul Ehrlich once made the analogy that losing species in an ecosystem is like progressively removing rivets from an aeroplane: the plane may fly on for a while, but eventually it will fall out of the sky.

Such concerns have led to attempts to quantify “safe limits” of biodiversity loss, or so-called planetary boundaries that we must not cross else we risk a catastrophic tipping point. Although a compelling concept, there remains serious issues in implementing it. One is the uncertainty in the extent of biodiversity loss, the other is in the impact these losses will have on human livelihoods.

To make a comparison with climate change, many governments only committed to action after the likely economic impacts were quantified through meticulous analysis combining climate science and economics. Therefore, new approaches to more precisely quantify risk are urgently needed in order to galvanise action.

But even if we can ascertain the risks, will we actually be able to stop biodiversity loss?

We know with some confidence the risks of global warming, yet countries are struggling to stick to their Paris commitments, let alone the even greater emission reductions needed to avoid a warmer world.

I was recently involved in an interdisciplinary analysis of the global food system (one of the major culprits of biodiversity loss), which identified a range of mechanisms that keep our food system “locked” into an unsustainable trajectory.

People often feel powerless to change such global systems and point to factors at the level of government policy, such as the upcoming extension and renewal of the Convention for Biological Diversity.

Although wise governance is essential, many factors that contribute to a decline in biodiversity operate at the individual level, such as our dietary and consumer choices. Also, the structure of our institutions ultimately reflects our individual mindsets, so we have the opportunity to initiate positive change by acknowledging our dependency on nature. Rising levels of individualism, however, have encouraged an economy that provides for private interests at the expense of nature.

Through our purchases we can destroy the environment on the other side of the world, which is why the WWF report calls for better data to connect consumers to the consequences of their actions. On the positive side, our increasingly connected world could allow for social contagion of positive and responsible ways of acting. Small individual changes can cascade and cause a different kind of “tipping point” towards a more sustainable way of life.

If we really want to halt biodiversity loss and ensure a safe course for current and future generations on Spaceship Earth, we need to think beyond government, and forget the selfish “I” – the solutions start with “us”.

This post was first published on The Conversation, 1 November 2018. Tom Oliver is Professor of Applied Ecology at the University of Reading and leads our Ecology and Evolution Research Division. Tom sits on the European Environment Agency scientific committee. His research focuses on understanding the interactions between land use and climate change on biodiversity and the consequent impacts for ecosystem functions and services. A key aspect of this involves developing methods and tools to better quantify and communicate environmental risk to support environmental decision-making.