The saying goes that to err is human – but researchers at the University think that to err is to be alive in the first place. When Felix the cat jumps on a shrew thinking it’s a mouse, but does not eat it because it smells bad, he has made a mistake. A horse might momentarily mistake a stranger for its usual rider. All living things act in various ways in their environment, responding to cues, pursuing targets, doing what they need to do to stay healthy and fit and therefore to survive and reproduce. Even relatively simple organisms such as amoebae can act wrongly in a given environment and then adapt to correct the mistake. 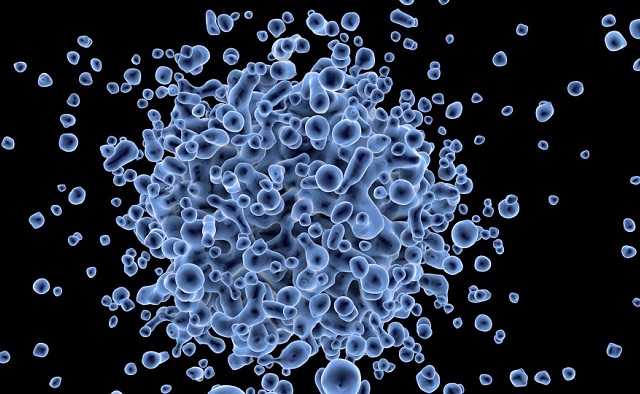 For the next three years a University team will explore this topic as part of a large, multi-year, multi-million dollar research programme funded by the John Templeton Foundation, entitled ‘Agency, Directionality and Function’. The programme consists of teams of philosophers and scientists from around the world, working together to understand, and give rigorous shape to, the idea of purpose or goal-directedness in living systems. Our project, one of four grants awarded in the UK, brings together Prof. David Oderberg (PI, Philosophy), Prof. Jonathan Hill (Psychology & Philosophy), Prof. Ingo Bojak (Computational Modelling), and Prof. Jon Gibbins (Haematology). Their unique  interdisciplinary collaboration is funded by the first major Templeton Foundation grant ever received by the University of Reading.

The local project specifically targets the interface between philosophical and empirical concerns, aiming to bring a high-level conceptual analysis of biological mistakes to the lab bench. By analysing the nature of mistakes and their classification – such as mistakes of timing, measurement, and discrimination – we aim to create a general framework for the life sciences that can systematically generate novel, testable hypotheses concerning the mechanisms and processes by which living systems make mistakes. One particular test case will be blood clotting, in whic Prof. Gibbins is a world expert. To give an example: perhaps blood platelets, the cells involved in clotting, are prone to error through misidentification of the key trigger for clotting – collagen. If so, what might we learn about the mechanism underlying the capacity of platelets to discriminate collagen from non-collagen?

We believe that biological mistakes, as a likely universal marker of living systems, take life itself beyond the merely physical and chemical. All living things, to be sure, are subject to physics and chemistry, but the phenomenon of mistakes suggests we need to postulate constraints going beyond the physical. Those genuinely and non-reductively biological constraints entail what philosophers sometimes call ‘norms’ or ‘standards’ for right and wrong behaviour. Right behaviour in its environment keeps an organism healthy – and thus alive. Erroneous action will inevitably lead to an organism’s downfall. We will investigate the prospects and, most importantly, the limits on capturing these ideas using computational modelling.

Yet does not the very idea of right and wrong action sound a lot like the way we humans talk about our own behaviour? In the latter part of the project, we will take its insights into biological mistakes and apply them to human mistake making, based on the idea that the same principles of right and wrong action are seen across all of biology – the human domain being no exception. Distinctive human capabilities, such as for the generation of complex social action across families and cultures, can be viewed in terms of the way mistakes are both avoided and identified, for example through shared values and self-awareness, which are themselves also distinctively mistake-prone.

David Oderberg is a Professor in the Department of Philosophy.