Just as in wartime, our prosperity, wellbeing and the future of our children are under severe threat from the climate crisis. What is needed is a vast mobilisation of scientific knowledge linked with government and citizens, says Professor Tom Oliver in a new piece for The Conversation. 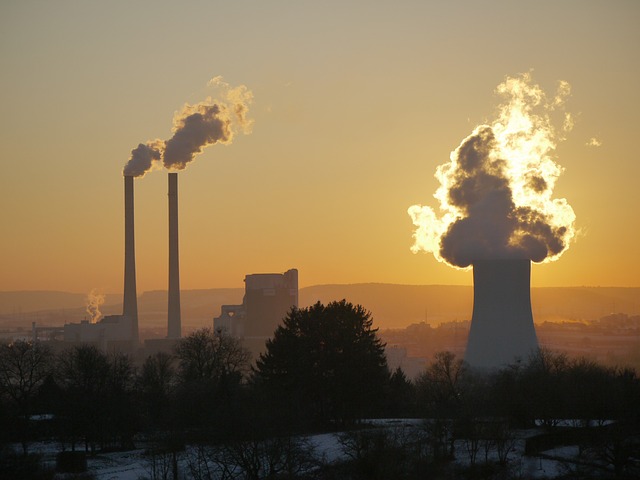 We’ve all but won the argument on climate change. The facts are now unequivocal and climate denialists are facing a losing battle. Concern has risen up the political agenda, and major economic institutions such as the World Trade Organisation and the Bank of England highlight the increasingly extreme climate as a central risk to human prosperity and well-being.

Now, the second, even more challenging phase of the struggle begins – what exactly to do about it. More specifically, how do we deal with climate change without plunging those on the threshold of poverty into further hardship? Without damaging our already fragile biodiversity? Without threatening our already polluted water and air?

Proposed solutions to deal with climate change vary enormously in terms of their benefits and pitfalls. Take my own research field of landscape ecology. Some proposals are overwhelmingly positive. For example, if we plant forests to absorb more carbon dioxide from the atmosphere, we can help wildlife persist in the face of drought. This does, however, depend on forest composition – the fastest growing trees that store most carbon are actually less beneficial for wildlife than mixed forest.

But other solutions have worrying trade offs. If we plant biofuels extensively, for example, we might end up reducing water availability, air quality and biodiversity, as has been shown on before on a global scale.

And other nature-based solutions are a bit of a mixed bag. Re-wetting peatlands will help them to store carbon (peat bogs are our most important carbon store, more important that forests). But re-wetting peat means less land for agriculture, unless we develop new ways to grow food in wet peatland (“paludiculture”). As you can see, it gets complicated very quickly.

There is clearly a key role for science in informing the best solutions, but not just any old science. We need “applied”, solutions-oriented science.

You may detect a certain urgency in my tone here. I don’t disagree with so-called “blue sky” science – science for its own sake – where we explore the world with a sense of awe and curiosity, without any intention of immediate application (even though ultimately there often is one – as many advances in genetics will attest). It’s just that time is getting awfully short. In 2018, the IPCC warned we only have 12 years to halve greenhouse gas emissions to keep global average warming below 1.5°C, and avoid significant risks of severe negative impacts. We now have just over ten years left, and in the last year we have actually increased global emissions.

And unfortunately, science, as it’s mostly practised today, is just not up to the task of delivering timely knowledge on solutions to climate change.

Consider the way science is traditionally funded: a team of scientists bid for research funding, with the application review process and administration taking around 6-12 months. If funded, the research project is typically for about three to five years, with results provided to “stakeholders” towards the end of the project. This generally involves a nominal workshop involving a few participants from business, charities and maybe a policy official (although by that point they may well have lost interest in the project because the policy questions have moved on). This is not fit for purpose for a climate emergency.

Although in recent years there has been a move towards “co-development” of research – working with stakeholders to develop key research questions – the same problematic time lag persists, as well as the limited connectivity between scientists and those who need the answers.

This isn’t the only way of doing things. In the past, governments have worked much more closely with scientists to respond to emergencies. Consider World War II, when there was huge state funding to mobilise knowledge to provide solutions to communications issues (both transmitting messages and decrypting), food provision and defence. For example, the US and UK cooperated on the Manhattan project to develop the nuclear bomb, which led eventually to civilian nuclear reactors. State-funded research during the Cold War, meanwhile, led to the development of the internet.

But today, in the face of the climate crisis, the capacity of government to commission its own research is reduced, because most research is commissioned through the UK research councils. These councils may do better job at delivering competitive research, but the less centralised and ministerial control of science funding makes it harder to respond to challenge of providing timely solutions to climate change.

So what is the answer? We might take a lesson from the Ministry of Defence here, who have developed something they call a Fusion Doctrine to deal with complex problems by taking a more holistic approach. This involves a strategic policy design, drawing on foresight methods, and integrating across departments. In a similar vein, the Department for Environment, Food and Rural Affairs recently established a “Systems Research Programme” that aims to draw on the expertise of the academic community to understand the implications of various policies to achieve net zero greenhouse gas emissions. I am currently advising them on the design of this programme.

Yet there is a still a missing player here: civil society. Because any attempt to design a carbon-free future must involve citizens from its inception, so that policy solutions are realistic, have democratic legitimacy, and give people a sense of power and agency to respond to climate change. As such, scientists and government will need to work with citizen science groups to produce a new evidence-based participatory democracy. And this must occur on a vast scale, across every aspect of British society and economy, to successfully achieve net zero emissions and adaption to climate change.

Recently, civil society groups such as Extinction Rebellion have called for “citizen assemblies” to deal with climate change. They recommend that scientific “experts” should be on these panels. Yet no single expert can provide all the answers. Instead, each citizen assembly and local council should be linked with a network of scientists (economists, ecologists, social scientists, engineers and more) in an ongoing dialogue to provide timely evidence on climate change solutions.

This requires nothing less than a vast mobilisation of scientific knowledge on a scale greater than ever yet achieved. But, just as in wartime, our prosperity, well-being and the future of our children are under severe threat. So, to paraphrase the wartime slogan: scientists, citizens, government, “Your Country Needs You” – to work together.

Tom Oliver is Professor of Applied Ecology at the University of Reading and leads our Ecology and Evolution Research Division. He sits on the European Environment Agency scientific committee. His research focuses on understanding the interactions between land use and climate change on biodiversity and the consequent impacts for ecosystem functions and services. A key aspect of this involves developing methods and tools to better quantify and communicate environmental risk to support environmental decision-making. Read our research highlight about Tom’s work and his blog post on tracking the ‘silent’ changes to the UK’s biodiversity.