Sleeping at the height of summer can sometimes feel impossible. And with gruelling heatwaves becoming more common, the nights can be sweltering, with no cooling breeze to relieve the discomfort. At least you can trust your senses – nights really are getting hotter. 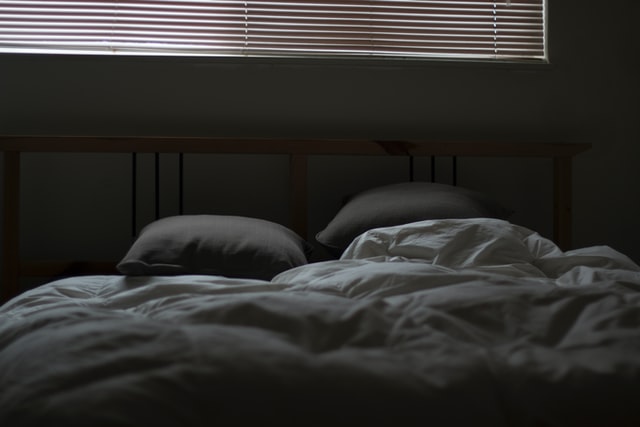 Recent milder winters in the UK have had fewer very cold nights. The coldest nights tend to be colder relative to the norm than the coldest winter days. Their loss has pushed up the average night-time minimum temperature disproportionately faster than the average daytime maximum temperature.

UK summers are also seeing more frequent hot weather as a result of climate change. Extreme daytime and night-time temperatures in the UK during heatwaves have risen by a similar amount, about 2°C in 150 years.

But even a brief hot spell allows warm nights to persist after daytime temperatures have returned closer to the norm, particularly in cities, leading to more hot nights than days overall. That’s because concrete and asphalt absorb and release daytime heat more slowly overnight compared with outlying rural areas, resulting in even higher night-time temperatures for city dwellers. This is known as the urban heat island effect.

There are even suggestions that condensation trails left by aircraft have boosted night-time temperatures by reducing how much heat can escape the surface layers of the atmosphere to space, although the evidence is somewhat mixed.

Records from two of the longest-running weather stations in the UK, the Radcliffe Observatory in Oxford (where records go back to 1814) and the Durham University Observatory (which opened in 1841), reveal a lot about how night-time temperatures have changed.

Between 1911 and 1920, the warmest night of the year averaged 16.6°C at Oxford. The average over the last ten years was 18.8°C, a rise of more than 2°C. Warm nights – those in which temperatures remain above 15°C – now average 20 per year in Oxford, more than twice the norm as recently as the 1970s, despite two hot summers in that decade (1975 and the notorious 1976). Central London has probably twice as many warm nights in a year as Oxford.

Since 1814, and at the time of writing, only ten nights have remained above 20°C at Oxford (so-called tropical nights). Half of those have occurred within just the last 25 years, including the highest of all: 21.2°C, in July 2016. Even this might well be surpassed soon. Oxford’s urban area has grown since 1814, of course, but the weather station site has changed little since the 1830s, and the increase in mean temperature owing to the urban heat island effect is probably only about 0.2°C since record keeping began.

Compared with the east and south-east of England, heatwaves are shorter and less intense in the north and north-east of England, and hot nights are less frequent as a result. Records from the Durham University Observatory confirm that nights hotter than 15°C are much less likely in north-east England, averaging only six or seven a year over the last decade, or one-third of Oxford’s frequency. But even here, the number of warm nights has increased fourfold since the 1970s. The warmest night of the year in Durham has risen from an average of 14.6°C a century ago to 16.9°C in the most recent ten-year period, a 2°C rise – very similar to Oxford.

Even in the Republic of Ireland, famed for its equable climate, a hot spell in July 2021 resulted in the first tropical night for 20 years, when the minimum temperature at Valentia Observatory in the far south-west of Kerry hovered around 20.5°C. Such warm nights are very rare in Ireland – only six previous occurrences are known.

Heatwaves are getting more frequent and more intense, particularly in the south and east of England. An analysis by the Met Office suggested that temperatures of 40°C, more than a degree above the current UK national record (38.7°C, set in Cambridge in July 2019) are likely to occur every few years by 2100.

As daytime extremes continue to rise, night-time temperatures will also creep up. The highest minimum temperature (hottest night) on record for the UK currently stands at 23.9°C, at Brighton, East Sussex, during the August 1990 heatwave. There are a handful of other locations, including central London, where 23°C has also been recorded overnight.

By the turn of the century, and possibly well before then, without very large reductions in fossil fuel burning, night-time temperatures will not fall below 25°C in some places during hot weather. At present, a daytime temperature of 25°C is the definition of a hot day. We must cut carbon emissions – or future summers will be long, hot and sleepless.

Stephen Burt is a Visiting Fellow in Meteorology at the University of Reading.

Update: Since the article above was written, existing UK and country record 24 hour minimum temperatures have been surpassed in several places, including the first night to remain above 25 °C throughout as predicated in the article. Provisional new minimum temperature records have been set for England and UK (25.8 °C at Kenley Airfield, Greater London), in Scotland (21.3 °C at Nunraw Abbey, East Lothian) and in Wales (24.5 °C at Aberporth, Ceredigion), all overnight 18/19 July 2022. Source: Met Office.