The west has to dramatically “reboot” its approach to dealing with aggressors in the wake of Russia’s invasion of Ukraine, according to UK foreign secretary Liz Truss. “Geopolitics is back”, she told an audience at the Mansion House in London recently in what has been reported as a major foreign policy speech. “We must be assertive. Aggressors are looking at what has happened in Ukraine. We need to make sure that they get the right message.” 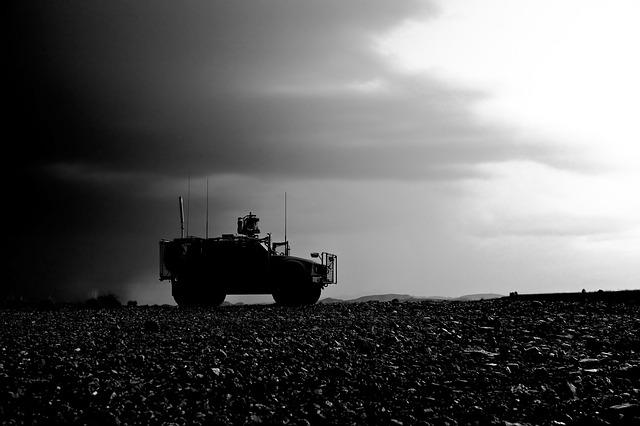 Nato members appear to be on board with this in the wake of Russia’s invasion of Ukraine, and many countries now plan to spend more on their defence budgets. But decades of under-investment in defence have left the west vulnerable. And the billions of dollars of military aid some of these countries have already sent to Ukraine highlights many of the problems.

Across Nato, defence spending is now on the rise. In the immediate wake of the invasion of Ukraine the German chancellor, Olaf Scholz, announced a €100 billion fund to upgrade the country’s armed forces and pledged to maintain a defence budget of 2% of GDP in future. Denmark says it will achieve the 2% goal by 2033, after having historically spent far below the Nato average on its defence.

Sweden and Finland, currently discussing whether they should join Nato, are also increasing their spending on defence. Finland’s defence budget was around 1.5% GDP in 2020, but the government announced a one-time injection of €2 billion (£1.7 billion), or 70% of the existing budget, following Russia’s invasion of Ukraine. Sweden has announced its intention to reach the 2% target as soon as it can.

Truss said: “We are correcting a generation of under-investment.” But it’s more than a generation as far as Nato more broadly is concerned. Spending has been consistently cut despite warnings.

In 2018, the then US president, Donald Trump, commented that European members of Nato were not spending enough on defence and suggested that the US might leave the alliance. But the US has for decades felt that Europe’s Nato members do not carry enough of the burden for protecting Europe, as it spends much more on defence as a percentage of GDP than they do.

Since 2014, Nato has specified that members must spend 2% of GDP on defence. Truss said in her speech that this must be a floor rather than a ceiling. That will be difficult for some Nato nations to swallow. Most were significantly below the 2% target in 2019.

In the UK, defence spending fell from just over 6% of GDP in 1955 to 4.1% in 1990. This reduction was during periods of heightened tension in the cold war. Other countries contributed even less. During the 1970s and 1980s, several US and British units were earmarked for deployment to Denmark because Nato command knew that its forces were inadequate for the task even of self-defence.

The fall of the Soviet Union and the associated peace dividend led most western nations to cut defence spending almost in half. The UK defence budget fell further to 2.25% in 2004, and remained at 2.1% between 2015 and 2019 – after Ukraine had been invaded and Crimea annexed.

Indeed, the 2% spend for Britain was arguably only reached after some “creative accounting” in the Ministry of Defence’s budget. This evidence throws doubt on Truss’ comment that, “We’ve shown that we’re prepared to prioritise security and respect for sovereignty over short-term economic gain.”

To save money, western governments have cut defence spending and depended on limited numbers of weapon systems and military equipment. This makes sense to most people in peacetime. But it does mean that any large conflict needs to be quickly won before the supply of ammunition runs out, or all the weapon systems wear out or are destroyed.

We see discussion among military commentators about the number of main battle tank (MBT) losses the Russian have sustained, and whether they can continue operations at this rate and replace their losses. But the same iron laws of demand and supply apply to Nato equipment and its manufacture.

Defence manufacturer Raytheon reports it cannot ramp up production because of a very limited stock of material for its Stinger anti-aircraft missiles. While Stingers are old technology, the problem will also be encountered with newer weapon systems.

The most talked-about weapons, next generation light anti-tank weapons (NLAWs), were developed by the Swedish company Saab in a joint venture between the Swedish and British defence ministries. Although overall production figures are not public, the initial NLAW project in the British Army was for an acquisition of 14,002 units.

The US has sent 7,000 Javelin antitank guided missiles (ATGMs) to Ukraine. This is one-third of US stocks of the missile. While using up legacy stocks of missiles allows Nato members to freshen their stockpiles with the latest versions, use is outstripping production. Under-investment and the false logic of preparing for a “come-as-you-are” war has come home to roost.

In concluding her speech, Truss said: “We thought that we’d learned the lessons of history and that the march of progress would continue unchallenged. We were wrong.” How much will the west learn from the invasion of Ukraine – and, more importantly, will the lessons of history stick this time? There is no evidence to suggest they will.

Dr Kenton White is Lecturer in Strategic Studies and International Relations at the University of Reading.