In the early hours of February 24, Russia attacked Ukraine, beginning with a barrage of airstrikes in the country’s eastern regions. Other major cities came under siege within a matter of hours, including Kyiv. Russian president Vladimir Putin threatened catastrophic consequences if any foreign actor interfered in this “special military operation”, further raising the spectre of war. 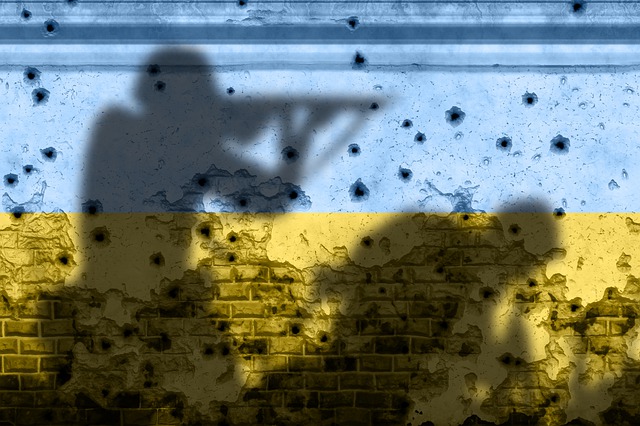 Ukraine’s president, Volodymyr Zelenskiy, vowed to resist the invasion, while western leaders condemned the attack and issued a new set of sanctions against Moscow. After two months of increasing tensions, it seems that interstate war has returned to the European continent, with possibly dreadful consequences. But why is this escalation happening now?

Western intelligence had been warning that a Russian invasion was imminent. But what enabled Russia to escalate was already there: the possibility of renewed fighting in the proxy conflict between pro-Russian separatists and Kyiv’s government.

The current crisis stems from the civil war which broke out in the spring of 2014. In the aftermath of the Euromaidan protests, two Russian-speaking regions (Donetsk and Luhansk, known collectively as the Donbas) rebelled against Kyiv’s central government. Russia supported the separatist regions after occupying and annexing the Crimean peninsula.

The following year, Russia and Ukraine signed the 2015 Minsk II protocol, allowing for a gradual reintegration of the Donbas into Ukraine with ample autonomy. Since then, the two self-proclaimed republics have not given up their fight to fully secede from Kyiv.

Over the past two months, relations between Moscow, Kyiv and the west have become increasingly tense. However, the front line in the Donbas has remained mostly silent. Data actually shows fighting in eastern Ukraine has decreased since 2020.

Discussions about the build-up of Russian troops along Ukraine’s border focused more on Russia’s bargain with the west and the issue of Ukraine’s potential membership in Nato, as opposed to the status of the breakaway republics. In short, the international bargaining dimension seemed to have overshadowed the proxy conflict.

This changed on February 17, when the rebel leaders in the Donbas claimed to be subjected to artillery fire from Ukrainian government forces. The following day, they started evacuating ethnic Russian populations from the areas experiencing air raids. However, evidence later showed that this was, in fact, a false flag attack, orchestrated purposefully to escalate tensions in the Donbas.

Considering that Kyiv’s armed forces have adopted an unprovocative stance over the crisis, it is extremely unlikely that the Ukrainian army would have taken action to recover the Donbas at this point in time. Why wait eight years and then attack when surrounded by close to 200,000 Russian troops?

In hindsight, it can be argued that Russian authorities used the attack to justify the recognition of the Donbas regions’ independence, and the subsequent invasion. Like any proxy, the rebel leaders saw an opportunity in their search for independence from Ukraine. An escalation of the international conflict between Moscow and Kyiv would ultimately benefit their cause. Like any sponsor, Russia saw an opportunity to deny involvement in the staging of the attack – not least given the haphazard fashion in which it was conducted.

Regardless of who caused the false flag attack, the new developments marked a turning point. Before the escalation, Russia’s coercive diplomacy was at a stalemate, making extensive demands to Nato without any assurances of de-escalation if met. The west’s incessant warnings that Russia was looking for an excuse to invade, reduced the legitimacy of the Kremlin’s demands. Surveys showed that Russian public opinion was overwhelmingly against war, making serious action by Russia less credible.

Against this backdrop, the false flag episode in Ukraine allowed Putin to accomplish three goals: find a justifiable reason to use military force, sell the operation domestically and show the west that his threat to take military action was serious.

Russia swiftly moved to recognise the independence of Donetsk and Luhansk, which would justify an intervention in defence of a foreign nation under military attack. Russia’s propaganda machine against Ukraine, which had remained silent until last week, was also put in motion, and the displacement of ethnic Russians allowed the National Security Council to accuse Ukraine of “genocide”.

In a televised speech, Putin challenged Ukraine’s claim to the Donbas and beyond, calling it a country with no history, ruled by a corrupt, western-backed regime. This aggressive language seemed intended towards rallying domestic support for action in Ukraine, just like before the annexation of Crimea. Finally, Putin sent Russian forces into the Donbas for “peacekeeping functions”, before finally declaring an attack on Ukrainian forces.

The escalation of fighting on the Donbas front line was an essential instrument for Russia to increase tensions to the next level, fomenting the worst crisis in east-west relations since the cold war.

Without this development in the proxy war, Putin would have found it much harder to justify an invasion of Ukraine. The consequences of this escalation could be massive, from regime change to a new war between the “great” powers. Whatever the outcome, the Russian war of aggression against Ukraine will significantly alter security in Europe.