An estimated 8.4 million people in the UK struggle to get enough to eat and rely on food hand-outs, according to the UN. Volunteering at a community kitchen inspired PhD student Sabine Mayeux to investigate how they are addressing food poverty in the UK. She talked to Sarah Harrop about her research. 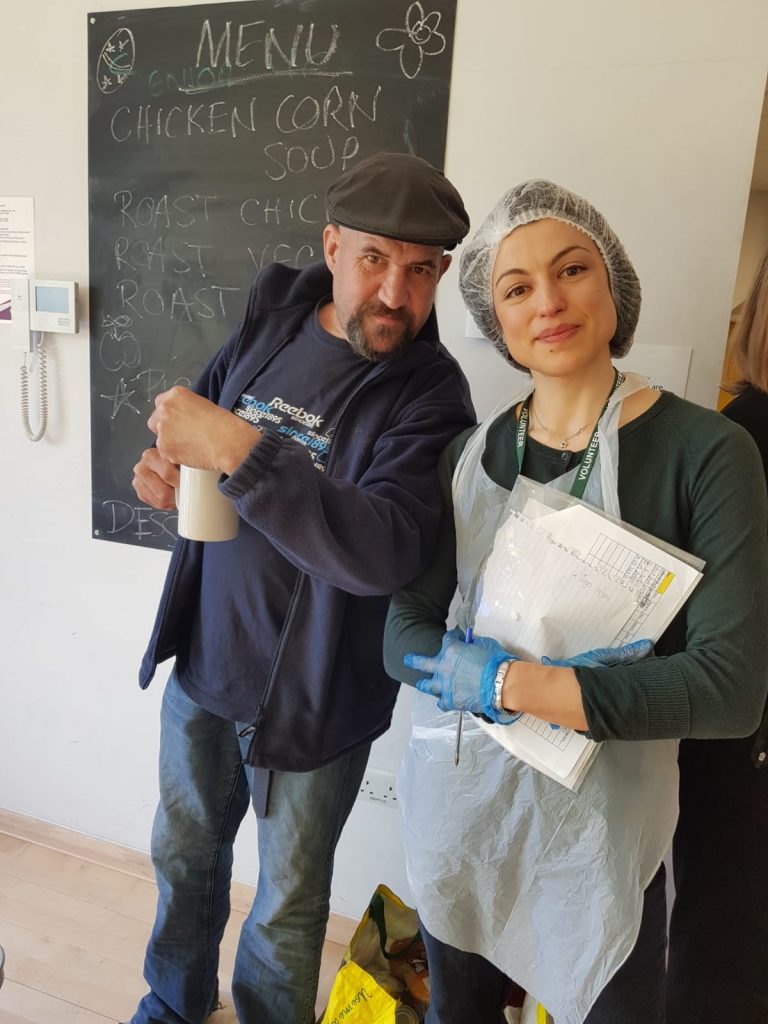 Growing up in Indonesia, Sabine Mayeux witnessed poverty from a young age and has always wanted to do something about it.

During her postgraduate degree in London she found herself struggling to make ends meet while she balanced study with minimum wage jobs and high rent, and discovered a community kitchen called Foodcycle.

“I had to rely on community kitchens to eat during some of my studies – they are actually very popular among students and other low income groups,” she explains.

“Although of course, unlike homeless and other vulnerable people, I never entirely relied on handouts. I could not believe how many seemingly deprived people came for free food outside the London School of Economics or outside Charing Cross tube station, next to the affluent West End. I had to act, somehow,” she says.

Having used it for meals during straitened times, she quickly became part of the kitchen’s close-knit community and later turned from visitor to volunteer – and then to researcher.

Sabine describes community kitchens as places where people provide food for anyone who turns up, with no questions asked – unlike Food Banks, which require people to be referred and registered before they can use them. The kitchens remove that barrier.

“They provide vital support to anyone living with food poverty, or any other form of insecurity – it might be the homeless, the ‘working poor’, people who are ill or in temporary shelter, or somewhere in between,” explains Sabine.

Sabine’s ESRC-funded research project is supervised by Professor Mike Goodman, then at King’s College London and now at the University of Reading, who came up with the idea of studying community kitchens within UK-based alternative food networks.

Her research looks at how community kitchens across the UK operate and how they are addressing food poverty. One aspect of the work is researching how social media is used as a free tool to bring organisations together to provide food and recruit volunteers.

Findings from a Reading Borough Council report showed that Reading is one of the most unequal towns and cities in the UK, where both people with some of the highest incomes and those living in the most extreme poverty exist side by side. Whitley, for example, one of the most deprived wards in the country, is around 30 miles from the billionaire hot spots of West London.

“Food poverty is just one aspect of poverty – but once you’re in it, it’s a spiral that is hard to get out of. It’s a complex issue and it’s like a chronic illness – you need to attack it from multiple angles,” she says.

The kitchens are clearly serving a critical need. But is there a danger that by being ‘off the radar’ of government and charity statistics, community kitchens are hiding some of the UK’s poverty problem?

Maybe, Sabine says, but without community kitchens she is in no doubt that some people would simply have very little food – or none at all. Some of the people she meets are entirely dependent on community kitchens, as well as other local charities such as New Beginnings or Piaroo’s wish, for everyday sustenance.

“Generally people do not continue to use community kitchens long-term. They manage to find themselves housing, or council housing, and as soon as they can they stop using us. Some become volunteers as way to give back but also to keep themselves busy, and do some form of work, even if it is unpaid. There is shame associated with having to rely on hand-outs,” Sabine says.

Looking for the big picture

Sabine was nominated for a Pride of Reading award for her volunteering work, and while she didn’t win she is pleased that it has given the food poverty issue some more profile. Christmas tends to put the spotlight on charity, yet it is a year-round necessity for a growing proportion of the population.

“I find the research highly rewarding – it takes time, but it’s on the ground and applicable to urgent, global problems.

And as volunteers we feel the immediate impact of our actions on the lives of those who struggle on a daily basis to meet their basic needs. As a human geography researcher I aim to raise awareness about the issues of poverty and ideally have an impact on policy,” she says. 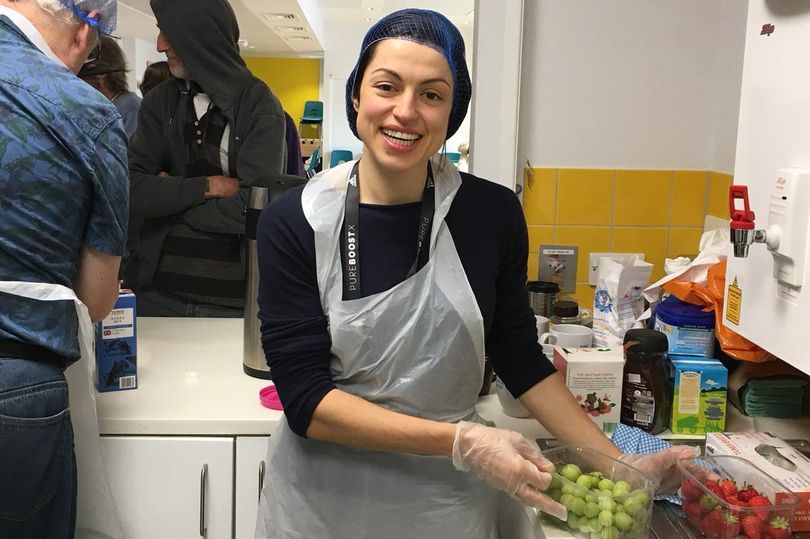 Sabine’s research isn’t limited to Reading; she’s been trying to explore as many kitchens as she can find out about across the UK to build up a bigger picture of how community kitchens operate across the country.

Her PhD still has a year or two left to run, but she hopes that by the end of it she will have revealed some of the hidden network of food handouts and food poverty that acts as a parallel system to the charities and the state to support some of the most vulnerable people in our society.

Sabine Mayeux is a PhD student in the Department of Geography and Earth Sciences, and secured ESRC funding for her research with the help of Dr Oli Mould at Royal Holloway, University of London. She previously completed a MSc in Environment, Politics and Globalization at King’s College London, an MPhil in Sociology at the University of Cambridge and an undergraduate degree at Anglia Ruskin University. When she is not volunteering at community kitchens,  she likes to dance, and research anything that relates to health and the food system.