Theatre audiences are used to being told to put their phones away when they arrive for a show, but a new performance led by the University of Reading encourages precisely the opposite. User Not Found embraces technology to create an interactive experience to explore the future of social media – and it’s currently taking Edinburgh by storm. Professor Lib Taylor, Principal Investigator of the project, reveals more. 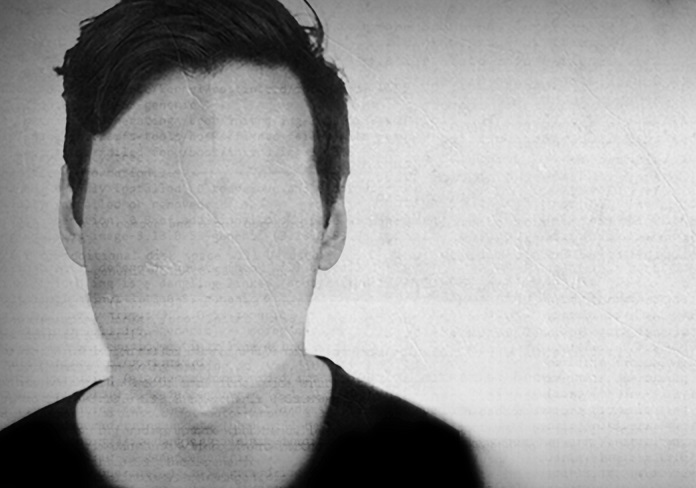 What happens to our Facebook, Twitter and Instagram accounts, our email, our music, photos and videos when we die?  In a digital age, who is responsible for our internet legacy?

One of the highlights of this year’s Edinburgh Festival is User Not Found, a performance by the theatre company Dante or Die and involving the University of Reading, which addresses exactly this issue.

A site-specific piece, the performance takes place in the Jeelie Piece café. Here, the audience experience first the grief of Terry as he realizes that his ex-partner Luka is dead – and second, his consternation as he remembers that he has been appointed as digital executor and is responsible for making decisions around Luka’s collection of internet data.

Audience members enter the café, where they are given a smartphone and a set of headphones. Through these, they hear Terry’s voice, see the messages, photos and videos and hear the music stored on his phone.

Throughout the performance, they share intimately all that Terry goes through as he revisits his memories of his ex-partner via this digital material and as he decides whether to archive or delete Luka’s internet legacy.

The performance has received very positive national reviews, but would not have been possible without the University’s input. As Principal Investigator, I worked alongside theatre company Dante or Die, digital agency Marmelo and the Centre for Death and Society at University of Bath.

I have been working on multimedia performance but I am particularly interested in the way digital technologies can impact upon site-specific theatre that takes place in unusual venues with little access to sophisticated theatre resources.

The project focused on the potential of everyday technologies that nearly all of us carry around as bodily prosthetics for supporting innovative theatre practices, and User Not Found proposes ways in which social media technologies might be deployed to develop audience engagement and participation in small-scale.

The project enabled Marmelo to work with Dante or Die, led by Daphna Attias and Terry O’Donovan – an ex-University of Reading Film, Theatre and Television student – to produce relatively simple smart technology that would involve the audience in a visceral way.

Alongside the development of a script and the experimentation with the complex technology for the performance, we ran a workshop bringing together end of life and palliative carers, psychiatrists, bereavement counsellors, solicitors and humanist celebrants. The workshop  considered how the development of social media has changed the way people think about end of life legacies and continued virtual existence beyond death.

We also ran an academic symposium on Social Media as Immersive Theatre, which ended with a preview of the performance for delegates at South Street Arts Centre in Reading. Following this I attended the International Federation for Theatre Research Conference in Belgrade where I presented a paper on social media and performance in the Intermediality working group.

User Not Found is participatory, yet at the same time each member of the audience is isolated. The technology has an individual experience but one that is also collective and moving. As its text states, we are ‘alone together’.

The performance is part of an immersive experience project designed to enhance immersion and participation in theatre via software applications that are integral to a performance, bringing together academics and practitioners to explore how interactive social media technologies can engage spectators both collectively and individually.

One review in Total Theatre described the show as breaking new ground in how technology can be used in theatre, and ‘both humanising in its unifying nature, yet also unrelenting in its pervasiveness’.

User Not Found was developed by Dante or Die with writer Chris Goode. It is part of ‘User Not Found: Social Media Technologies as Immersive Performance’, a next-generation immersive experience project funded by the Arts and Humanities Research Council and Engineering and Physical Sciences Research Council through their Creative Economy Programme. The show is still being performed in Edinburgh, and will be going on tour in October to venues including Reading’s South Street Arts Centre on 4th October, before a London run later in the year.

Professor Lib Taylor is from the University of Reading’s Department of Film, Theatre and Television.