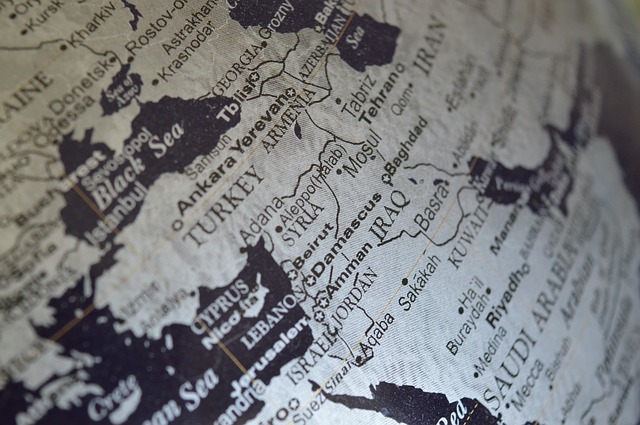 The case of Shamima Begum, the British teenager who, aged 15, left her home in London and travelled to Syria to join Islamic State, is not a one off. It’s now reported that a number more women who left the UK to live in the Islamic State caliphate are now in refugee camps in Syria.

The UK dealt with the Begum case by stripping her of citizenship, a measure only possible because she appears eligible for Bangladeshi citizenship through her parents – despite a denial of this by Bangladesh. While the UK may hope this action absolves it of responsibility for Begum, the wider problem hasn’t gone away.

It’s unlikely that all of the other British women and girls involved in Islamic State will have dual citizenship. This makes it impossible to side step the difficult questions around how to deal with them by removing their citizenship – as rendering a person stateless contravenes international law.

The children of these women and girls – such as Begum’s new baby boy, born in a Syrian refugee camp – were born to British citizens. This means they fall under the jurisdiction of the UK, raising further issues around how the UK will ensure the children’s international legal rights and fulfil its international legal obligations.

Under international standards, there’s a strong case that girls who joined Islamic State before they turned 18 were, in fact, child soldiers. The 2007 Paris Principles, formally endorsed by 105 states worldwide, including the UK, define a child soldier as:

Any person below 18 years of age who is or who has been recruited or used by an armed force or armed group in any capacity, including but not limited to children … used as fighters, cooks, porters, messengers, spies or for sexual purposes. It does not only refer to a child who is taking or has taken a direct part in hostilities.

These girls may not fit the stereotypical image of the child soldier as small, vulnerable, and forcibly abducted from their home by ruthless warlords and forced to fight. But they travelled to join Islamic State after being radicalised and recruited through the internet and social media machinery of a brutal terrorist group. Since then, many will have been sexually exploited by that group as the “wives” of Islamic State fighters, bearing multiple children, while still children themselves. Applying the definition of the Paris Principles, they can be considered child soldiers.

International law, under Article 39 of the Convention on the Rights of the Child (CRC) and Article 6 of the Optional Protocol on Children in Armed Conflict, advocates approaching children who commit crimes while associated with armed groups as victims, with a focus on restorative justice and social reintegration. It’s those who recruit and use children as soldiers who should be prosecuted, as these actions constitute war crimes under international law.

Such an approach would require the UK to take all appropriate measures to promote the physical and psychological recovery and social reintegration of former child soldiers, including any children associated with Islamic State, in an environment which fosters health, self-respect and dignity. The situation becomes more complex when those concerned are no longer children, as the international legal protections cease to apply when the age of 18 is reached. This means that those such as Begum who spent the majority of their time with Islamic State as children, but are now adults, now fall outside the legal regimes protecting children.

Still, the international legal protections of the CRC will continue to apply in the cases of many of the children born to women and girls who are British citizens.

The UK is under binding, legal obligations to consider the best interests of these children, to ensure their rights to life, survival and development, to be legally registered with a name and nationality. As far as possible, they have rights to know and be cared for by their parents, and to the highest attainable standards of health and education. It seems unlikely that the best interests of these children will be served and their rights ensured if they are left in refugee camps or at the mercy of the Syrian state.

Difficult questions remain over what can and should be done with girls who joined Islamic State and their children. Other countries, such as Sierra Leone, the Democratic Republic of Congo, Sri Lanka and Colombia, haven’t had the luxury of washing their hands of the thousands of child soldiers, and the children born to them, whose actions during conflict were unlawful, socially destructive and morally reprehensible. Instead, they have worked within international frameworks to find solutions that have incorporated disarmament, demobilisation, rehabilitation, reintegration and education.

The UK may have dodged the Begum issue through the removal of her citizenship, but the real challenges around how to respond to child soldiers without dual nationality and how to ensure the rights of the children born to Islamic State “wives” have yet to be addressed.

This article is republished from The Conversation under a Creative Commons license. Read the original article. Alison Bisset, is Associate Professor in International Human Rights Law at the University of Reading,