Professor Thérèse Callus, a family law expert at the University of Reading, considers the case of 12 year old Archie Battersbee and why the need is to inform, not reform the law, when making life-support decisions. 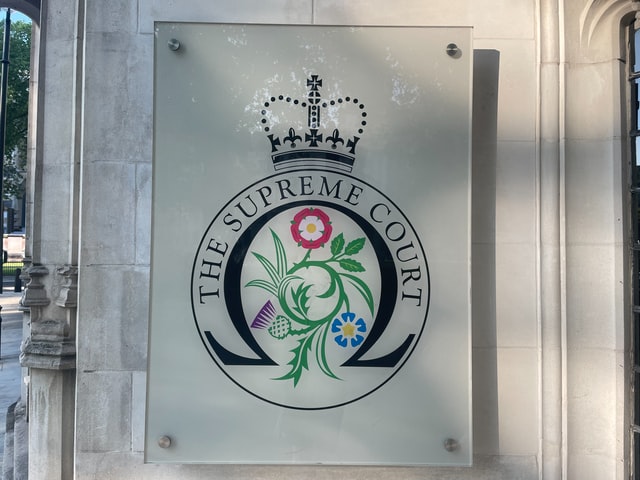 No-one can have failed to have been moved by the plight of 12 year old Archie Battersbee and his family. A tragic accident leaving the boy in intensive care in a ‘moribund’ state as the judge in one of the many hearings described it. With his nervous system catastrophically destroyed, his bodily functions are maintained wholly artificially. For the treating team, Archie has died – it is even not possible to undertake brain stem tests – the usual diagnostic tool to establish death – because the central nervous system is so damaged. Other tests have shown no blood supply to the brain and no prospect of any functioning returning. Consequently, the hospital trust believes the appropriate course of action is to withdraw life-sustaining treatment as it is simply protracting death. Furthermore, actively administering invasive treatments knowing they cannot improve his medical condition is an affront to both Archie’s dignity and the medical professionals’ integrity. Understandably, Archie’s parents are unable to accept this prognosis and feel that they are being asked to agree to a decision which will end Archie’s life – a decision they cannot make. This is where their claim that the law needs to be changed stems from (like other parents who have found themselves in such tragic circumstances).

What does the law say?

Where there is conflict between an incompetent patient’s family and the medical treating team, the law requires that an application be made to the court to decide whether continued treatment would be lawful because it continues to be in the child’s best interests. This requires the court to consider the patient’s best interests in the round. It is strongly influenced by the medical evidence and prognosis, but this is not the only element. As one court of appeal judge stated, the court must ‘take the decision placing Archie’s  ‘personality, his wishes, at the centre of this process’. Intervention of the court is not to overrule the parents views, or what the child’s views may be thought to be. On the contrary, as so eloquently and sensitively addressed by all of the judgments in this case so far, it is to focus on Archie and what would be important to him. It places value on him as an individual, and on him as a member of humanity, with a strong preference for preserving life. However, where, as in Archie’s case, the court finds that continued treatment would not be in the child’s interests because it carries no benefit, and indeed, involves invasive interventions, then it is lawful for the treating team to withdraw the mechanical life-sustaining treatment. This results in the recognised death of the child.

What about the parents?

Importantly, the current framework of best interests should also be an opportunity for the parents to understand that there is no need for them to make what they see as a life or death decision concerning their child. How could any parent make such a decision? The parents are reported to have said that the law is allowing their child ‘to be killed’. But this is not what the law is doing. Nor does the law require them to make that awful decision to end the mechanical life support. This misunderstanding means that parents like Archie’s, and indeed, the general public, inevitably struggle to come to terms with the appalling situation that they are facing. The questions raised by Archie, just as by Isiah Haastrup, Charlie Gard, Alfie Evans and the Maltese conjoined twins before them, are not caused by bad law, or bad medical, parental or legal judgment. No – it is about the systems in place to support parents and medical professionals when faced with such an ordeal.

The reported judgments show that the parents, just as the treating team, accept that Archie’s state will not improve. Counsel for the parents are arguing that in is in Archie’s best interests to be maintained on artificial life support until it can no longer work. They accept that Archie’s existence is necessarily very limited. But they claim that fundamental principles such as sanctity of life and equal treatment for all, irrespective of disability, require life support to continue. They further believe that no-one should have to decide to end a life.  But what the legal framework of best interests which has been so thoroughly evaluated and applied by all the judges in this case shows, is that there is no decision for the parents to make. The moribund state of Archie coupled with the medical evidence of no-return for his brain and devastated central nervous system, mean that if Archie has any interests left, it must be for his body to be relieved of the intrusive mechanical means and his family to be around him, and supported, as this final act of care is administered.

Need to inform, not reform

If any change is needed, it is not to do with reforming the best interests framework in which such decisions are taken. Rather, it is about informing the public, and when it happens, the families involved, that it is not about anyone taking a decision on the value of life. It is about judges compassionately analysing the situation of the child in the light of all of the evidence and making a decision which, even if death may be the only outcome, is one which preserves both the child’s and the family’s dignity in death, just as in life.

Thérèse Callus is Professor in the School of Law at the University of Reading. Professor Callus has also provided Expert Comment on Archie Battersbee life support – who decides?