Professor Gavin Parker’s research has been exploring the issues involved in neighbourhood planning since the policy was introduced by the government in 2011. In a new post for The Conversation, he writes about why the policy has not delivered what people, politicians and planners had hoped. 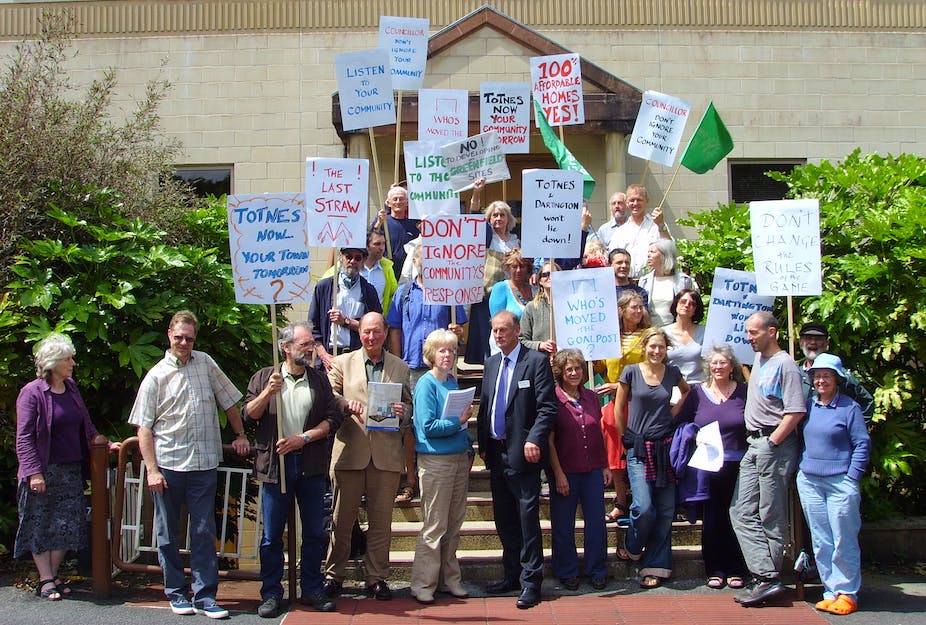 It’s been 50 years since the UK made its first serious attempt to give local people greater power over the decisions made in their neighbourhoods. Yet across the nation, regeneration efforts led by councils and developers continue to draw criticism from communities that feel disregarded and disempowered: from traders in London’s railway arches, to community organisations in Bristol and renters in Manchester’s Northern Quarter. Policies designed to help communities create a shared vision for their local area and shape its growth can seem ineffective.

In 1969, the UK government published the Skeffington report, with the aim of bridging the gap between town planners and the people affected by their decisions. The report made nearly 50 recommendations about how to get communities more involved in planning. Creating community forums, offering greater access to information, giving feedback on public input and improving public education about planning were all prominent suggestions.

Yet by the turn of the millennium, there were a number of small scale experiments giving communities the chance to research and prepare action plans for their local areas. One example was parish plans, which enabled people to establish local needs and priorities across rural England. Pilots like these were to form the basis for a new way of planning – one which was to put local people at the steering wheel.

In 2011, under the banner of localism and “big society”, the coalition government introduced the Localism Act, along with its flagship policy of neighbourhood planning.

Neighbourhood Planning was meant to empower communities and ensure they got the right type of development to meet their needs, by choosing where they wanted new homes, shops and offices and having their say on building new infrastructure such as roads and transport links. They were to do this by developing their own plan which, when complete, would become a statutory part of the wider planning system.

Some years on, the policy still enjoys support from the UK government. Around 2,500 communities have taken up the opportunity to develop a plan – but only around 750 had actually finished one by February 2019. What started out as a light touch addition to the system has encountered many problems. If these cannot be addressed, there is a danger that the initiative will founder and the opportunity to empower communities will be lost.

Since neighbourhood planning was introduced, myself and colleagues at the University of Reading have been researching the issues, tracking the views of the people involved and documenting the problems they have faced. There are a number of reasons why the policy has not delivered what many people, politicians and planners had hoped.

For one thing, the work involved in putting a plan together has placed a significant burden on volunteers, and made it costly in terms of time and effort for people to participate. The need for technical knowledge and understanding can be great, and the work of consulting with communities, assembling evidence and preparing a tight draft plan with workable policies is a lot for volunteers to take on.

There has also been a lack of clarity, structure and consistency in the support communities get from local authorities and governments. When the policy was first introduced, the government was unwilling to tell people what to do, and local authorities were experiencing significant resource pressures.

Staff turnover at local authorities has also contributed to these difficulties, and scholars and communities have raised concerns about the usefulness and accessibility of the policy. Clearly, marginalised neighbourhoods must be better supported and encouraged to participate.

What’s more, changes to the planning system and associated rules that override neighbourhood plans have left communities feeling frustrated by the process. The system needs to be capable of handling these changes, so that they don’t disrupt the efforts local people are making to have their voices heard.

A further concern emerging from our research is that the finalised plans are not being given enough weight when planning decisions are eventually made. This is extremely concerning, as it could deter others from attempting to make their own neighbourhood plans in the future.

For local people thinking of producing a plan, there are a few things to keep in mind. In our book, Neighbourhood Planning in Practice, we suggest that communities looking to navigate neighbourhood planning now or in the future should first establish that it’s the right tool to achieve their goals. There are other planning mechanisms out there to improve the local environment – such as neighbourhood design statements, or engaging directly with the local authority over specific local issues – which may be more effective.

Those who decide to pursue neighbourhood planning should aim to develop and maintain strong relationships with partners – critically the local planning authority – by forging strong channels of communication, clarity over aims and agreement on what support can be offered. Our research indicates it’s also vital to maximise benefits by working across the local community and with other parties – not only to develop a plan, but also to maintain communications and develop other ideas and initiatives.

Creating better places is a shared endeavour, and one that takes hard work. Building partnerships between communities and town planners to share the load is critical to giving local people a greater say in their neighbourhoods. And that’s something that the Skeffington report simply didn’t stress enough 50 years ago.

Professor Gavin Parker is Chair of Planning Studies at the University of Reading’s Henley Business School. As a chartered planner, he maintains a strong research interest in citizenship, participation and governance in land, planning and development. He is interested in the relationship between land and people and considerations of property rights and conflict over land use.

He was seconded to the he Royal Town Planning Institute between 2012-2014 as one of the three executive directors and has written four books: Citizenships, Contingency and the Countryside (Routledge, 2002); Key Concepts in Planning (Sage, 2012) with Joe Doak; Enabling Participatory Planning (2018, Policy Press) with Emma Street; and Neighbourhood Planning in Practice (Lund Humphries, 2019) with Kat Salter and Matt Wargent, which recently won the Royal Town Planning Institute’s Sir Peter Hall Award for public engagement.