Only a few days into autumn, and the UK has experienced some truly autumnal weather. Heavy bands of rain and thunderstorms have swept over parts of Britain, particularly in southern England, that up until a few weeks ago were looking dry and parched. The brown and yellow fields and parks have been replaced by a more familiar and reassuring cool, lush green. 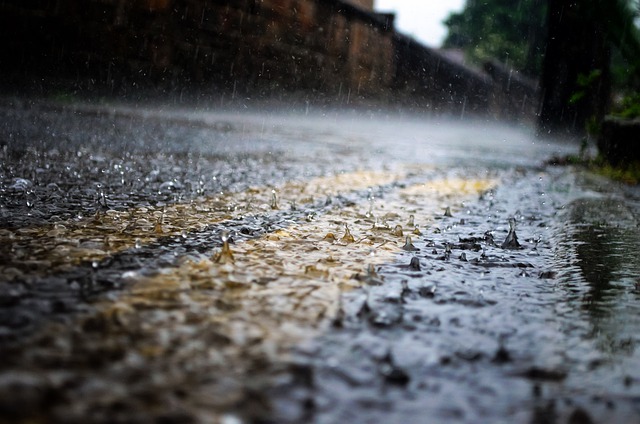 Fears of drought, the prospects of usage restrictions from water companies, and warnings that food crops would be badly affected seem to have been washed away with the rainfall. But are people in the UK right to feel relieved by the rain?

Sadly not. The country is still deep in drought in places, and on a scale and intensity rarely seen before.

There is more than one kind of drought, though they are all linked to the weather. “Meteorological drought” is the type that we can all experience – it’s just a lack of rain for more than two weeks. This is the water we can see falling from clouds and sitting in puddles, and even though it can cause floods it is only a tiny fraction of the water that exists in our landscape.

Extended periods of reduced rainfall lead to “agricultural drought”, which you might think of as the water in the top few feet of the soil. When the soil dries out, and isn’t relieved by rain, plants with shallow roots will stop growing or die.

As many of our staple food crops – and the grass and plants in our gardens – grow on shallow roots like this, this is the kind of drought that starts to worry people. But it’s not a big problem if farmers and gardeners can use long-term water supplies to keep crops and plants growing.

But if we experience month after month of low rainfall, we start to experience “hydrological drought”. This means that the water normally stored in reservoirs and aquifers deep underground, which feeds rivers and springs – and most of our fresh water supplies – is running low. In most parts of Britain, the volume of water hidden in the landscape is huge, dwarfing the amount you can see above ground.

Southern Britain is still deep in hydrological drought. The soil is wetter than it was, after a few weeks of unsettled and rainy conditions in many areas, but rivers, boreholes and reservoirs are still low, and will require months of above-average rainfall to recharge.

Frankly, I’m dreaming of a wet Christmas, just like the ones I used to know. Yet I should be careful what I wish for. Persistent wet weather tends to lead to floods, and we don’t want to replace one hydrological crisis for another.

Demand has eased off

It is certainly true that, as we move away from summer, our incessant thirst for water seems less pressing. Many gardeners have breathed a sigh of relief as green shoots have emerged from previously barren-looking lawns. Water butts have been refilled, and the lower autumn temperature mean that soil in pots and borders isn’t drying out as quickly.

The shorter days, longer nights, and return of children to school, means that the demand for water for paddling pools and summer flowers have all reduced anyway. But water use continues incessantly. Homes, businesses and agriculture require a constant baseflow of water even for uses that most people would consider essential – drinking, washing, laundry and so on.

Only a few weeks ago, we were still in the end of a summer in Europe with record-breaking temperatures across many countries, including the UK. The heatwaves that were intensified by the warming of the planet, caused by human activity, meant water was needed by families and farmers more than ever, increasing demand on supplies while Britain baked under clear skies.

The heatwave brought the drought into everyone’s consciousness, and the lack of rain and the heat were linked by the same meteorological patterns. But many parts of Europe were already experiencing drought conditions before summer started.

In the UK, which has famously variable weather, we expect some months to be drier than average and others to be wetter, though the current drought has built up due to persistent low rainfall. Seven of the eight months so far in 2022 have been drier than expected, with only the shortest month, February, experiencing above average rainfall for England.

This is the driest year so far in England since 1976, and the fifth driest ever in more than 180 years of record keeping.

These dry regions will need above average rainfall in the next few months to fill up depleted water stores. Worryingly, the three month outlook shows that southern and eastern regions could get average-to-below-average rainfall, although the forecast also suggests rainfall may be higher than normal across the UK as a whole. As with all weather forecasts that look several months ahead, there is a lot of uncertainty.

The drought has laid bare how the UK is more vulnerable thanks to poor water management, made worse by changes to weather patterns caused by climate change. The country needs a level of long-term investment in its water infrastructure to protect current and future generations from too much or too little rainfall. Green grass shouldn’t cover over the reality of some uncomfortable hard-baked truths.

Hannah Cloke is a Professor of Hydrology at the University of Reading.