As part of ABIF project in Faynan and Greigra in Southern Jordan, four days of training, from 29th of August until 1st of September, were held in Greigra with around twenty-five selected women from the five tribes in the community about life skills and social cohesion as part of the Women of Faynan Heritage Women Association (FHWA).

The objective of the training was to provide the women with an enabling environment and a space where they can connect, adapt to a shared vision as a team, and learn new skills to face the present-day challenges, as they will be managing the association after the project completion. The training was conducted by Rawia Lafi, Gender Specialist, with Amjad Mradat, Life Skills Trainer at FPEC with presence of Nebras Maslamani, OPOF Project Manager and ABIF Project Assistant Manager at the CBRL. 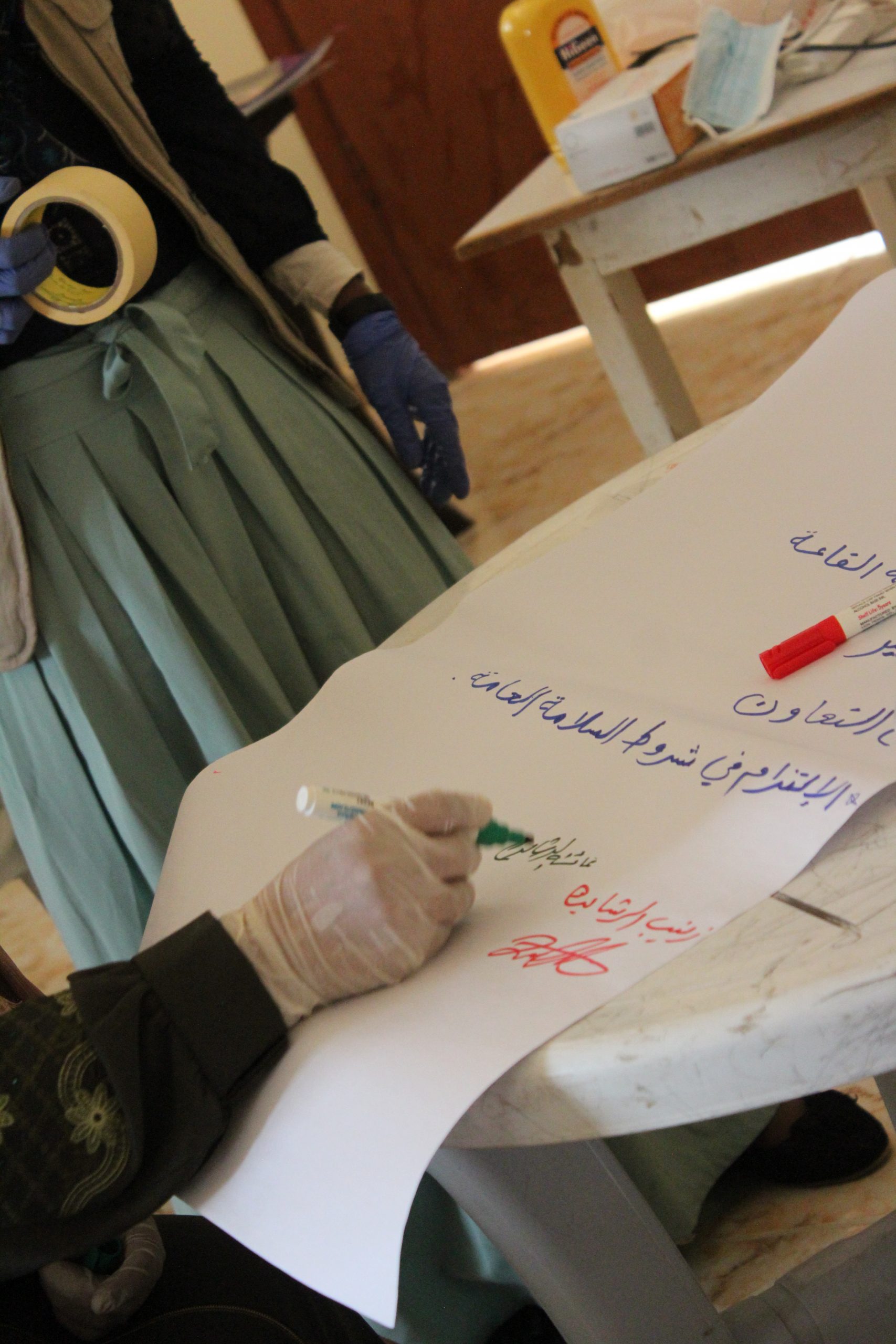 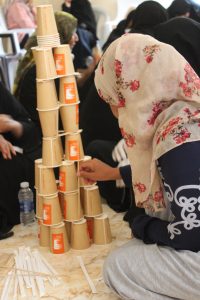 “When a woman feels she’s productive in a larger scale around her surrounding environment; her ambitions rise to give more..” said by Aisha Al-Rashaideh, a Community Influencer in ABIF project, a Member in Greigra and Faynan Municipality, and a Member at FHWA.

The training was divided into two sessions during the four days, that included Safety and COVID-19, Community Building, Communication, Self- Knowledge, and Problem-Solving skills with discussions around Gender and Sex through participatory training sessions and workshops. The women recommended that such training pieces happen frequently in the region with community members as they highlighted the share of knowledge following an engaging approach, which was also noticed from the attendance of more women who were not part of ABIF though they were willing to participate and joined the full training.

“This training was essential for us to especially learn about communicating effectively with people such as our team, the other community members, and the future customers, including share of respect with the different points of views that people from different backgrounds bring”, said by Islam Al-Manaj’a, a Member at FHWA. 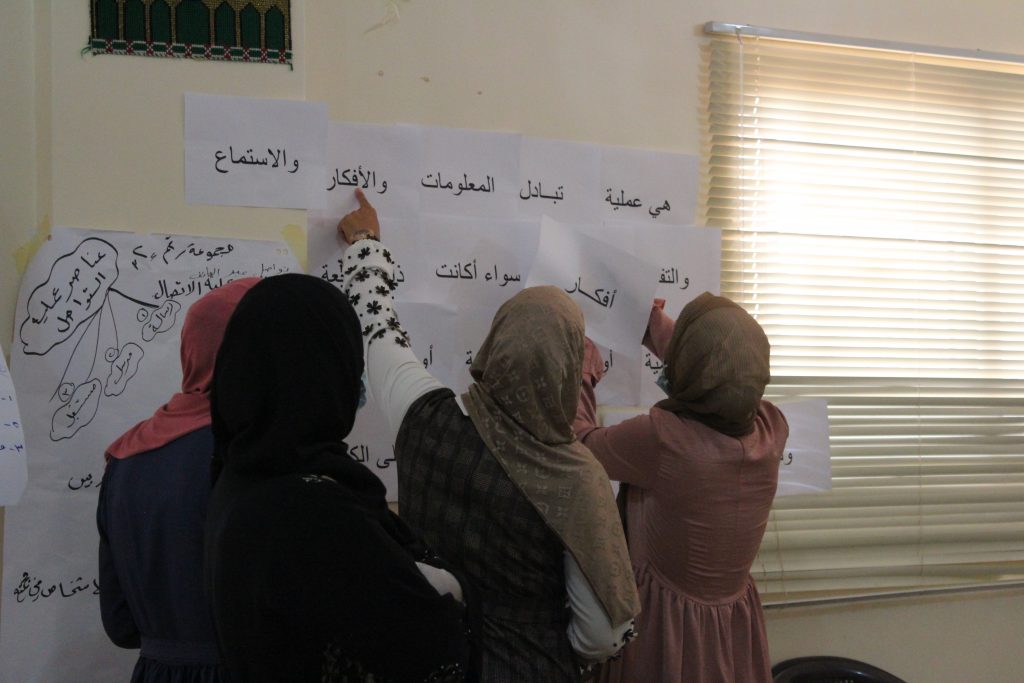 “During the training, I reconnected with my friend, Amineh Sa’ediyen, who taught me crochet more than twenty years ago in Zarqa. I heard that she moved to Greigra, but we didn’t meet again until now”, said by Alia Sa’ediyen, a member at FHWA, and an expert in making products using crochet.

The training was based on training of trainers; selected women are provided with training materials to use as a reference and in the hope that when more women join the association, they receive the same training but from the community members themselves. “The sessions strengthen the ability of an individual to meet the needs and demands of the present society and helps in dealing with life-issues in a manner to get practical behavior”, said  by Yusra Al-Ja’bari, Monitoring and Evaluation Officer at FPEC.

During the last day, women brought the products they create to share their stories with the other members in the association and were excited for the following training pieces about handicrafts and management skills. 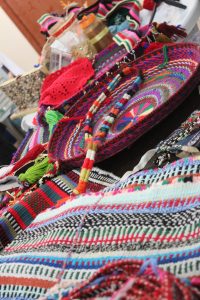 Nebras Maslamani is the ABIF Project Assistant Manager at the Council for British Research in the Levant.