Our base for the field experiment will be Longyearbyen, the most northern town (with greater than 1000 inhabitants) in the World, situated on Spitsbergen, the largest island of the Svalbard archipelago. The aircraft and our operations centre will be at the airport – the airport closest to the North Pole that can be reached by commercial flight (78°14′46″N, 015°27′56″E). 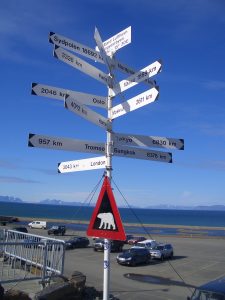 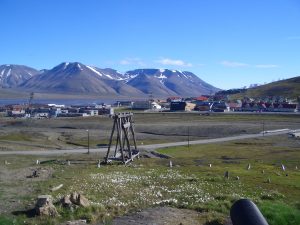 We will be flying from Longyearbyen, across the international research station at Ny Alesund, towards the sea ice edge which lies to the north of Svalbard in August. Svalbard is perhaps best known to some as the home of the fictional polar bear, Iorek Byrnison, in Philip Pullman’s Northern Lights trilogy of fantasy novels. There are polar bears on Svalbard and we will be trying our best to steer well clear of them.