Forests play an important role in the global carbon cycle, removing large amounts of CO2 from the atmosphere and thus helping to mitigate the effect of human-induced climate change. The state of the global carbon cycle in the IPCC AR5 suggests that the land surface is the most uncertain component of the global carbon cycle. The response of ecosystem carbon uptake to land use change and disturbance (e.g. fire, felling, insect outbreak) is a large component of this uncertainty. Additionally, there is much disagreement on whether forests and terrestrial ecosystems will continue to remove the same proportion of CO2 from the atmosphere under future climate regimes. It is therefore important to improve our understanding of ecosystem carbon cycle processes in the context of a changing climate.

Here we focus on the effect on ecosystem carbon dynamics of disturbance from selective felling (thinning) at the Alice Holt research forest in Hampshire, UK. Thinning is a management practice used to improve ecosystem services or the quality of a final tree crop and is globally widespread. At Alice Holt a program of thinning was carried out in 2014 where one side of the forest was thinned and the other side left unmanaged. During thinning approximately 46% of trees were removed from the area of interest. 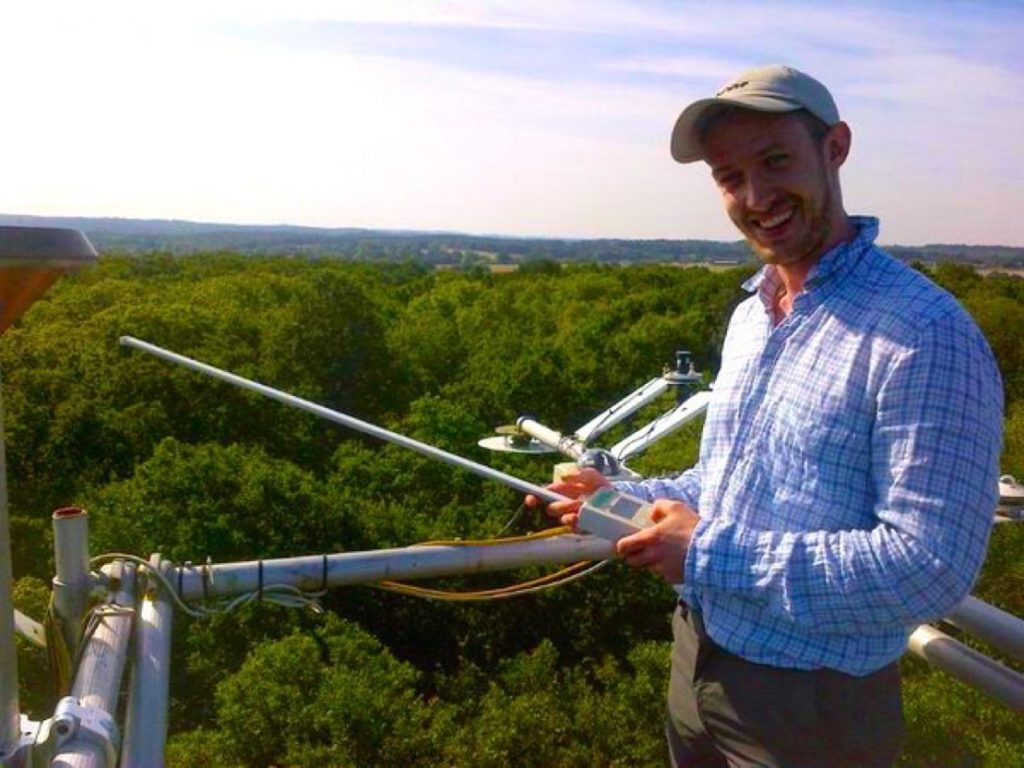 Figure 1: At the top of Alice Holt flux tower.

Using the technique of eddy-covariance at flux tower sites we can produce direct measurements of the carbon fluxes in a forest ecosystem. T

he flux tower at Alice Holt has been producing measurements since 1999 (Wilkinson et al., 2012), a view from the flux tower is shown in Figure 1. These measurements represent the Net Ecosystem Exchange of CO2 (NEE). The NEE is composed of both photosynthesis and respiration fluxes. The total amount of carbon removed from the atmosphere through photosynthesis is termed the Gross Primary Productivity (GPP). The Total Ecosystem Respiration (TER) is made up of autotrophic respiration (Ra) from plants and heterotrophic respiration (Rh) from soil microbes and other organisms incapable of photosynthesis. We then have, NEE = -GPP + TER, so that a negative NEE value represents removal of carbon from the atmosphere and a positive NEE value represents an input of carbon to the atmosphere. A schematic of these fluxes is shown in Figure 2. 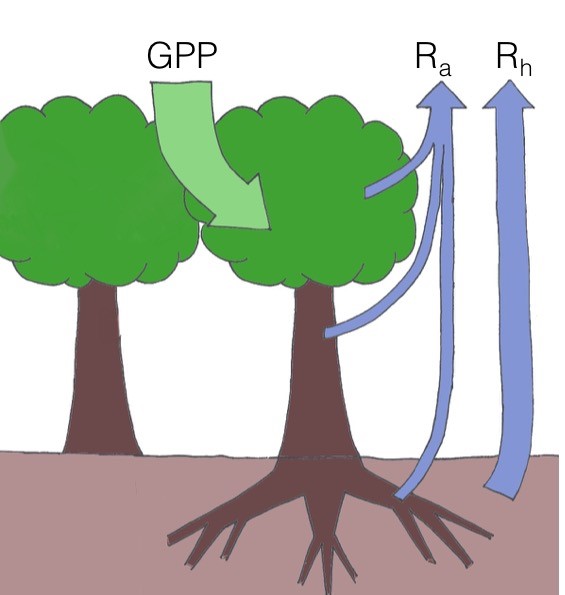 Figure 2: Fluxes of carbon around a forest ecosystem.

The flux tower at Alice Holt is on the boundary between the thinned and unthinned forest. This allows us to partition the NEE observations between the two areas of forest using a flux footprint model (Wilkinson et al., 2016). We also conducted an extensive fieldwork campaign in 2015 to estimate the difference in structure between the thinned and unthinned forest. However, these observations are not enough alone to understand the effect of disturbance. We therefore also use mathematical models describing the carbon balance of our ecosystem, here we use the DALEC2 model of ecosystem carbon balance (Bloom and Williams, 2015). In order to find the best estimate for our system we use the mathematical technique of data assimilation in order to combine all our available observations with our prior model predictions. More infomation on the novel data assimilation techniques developed can be found in Pinnington et al., 2016. These techniques allow us to find two distinct parameter sets for the DALEC2 model corresponding to the thinned and unthinned forest. We can then inspect the model output for both areas of forest and attempt to further understand the effect of selective felling on ecosystem carbon dynamics. 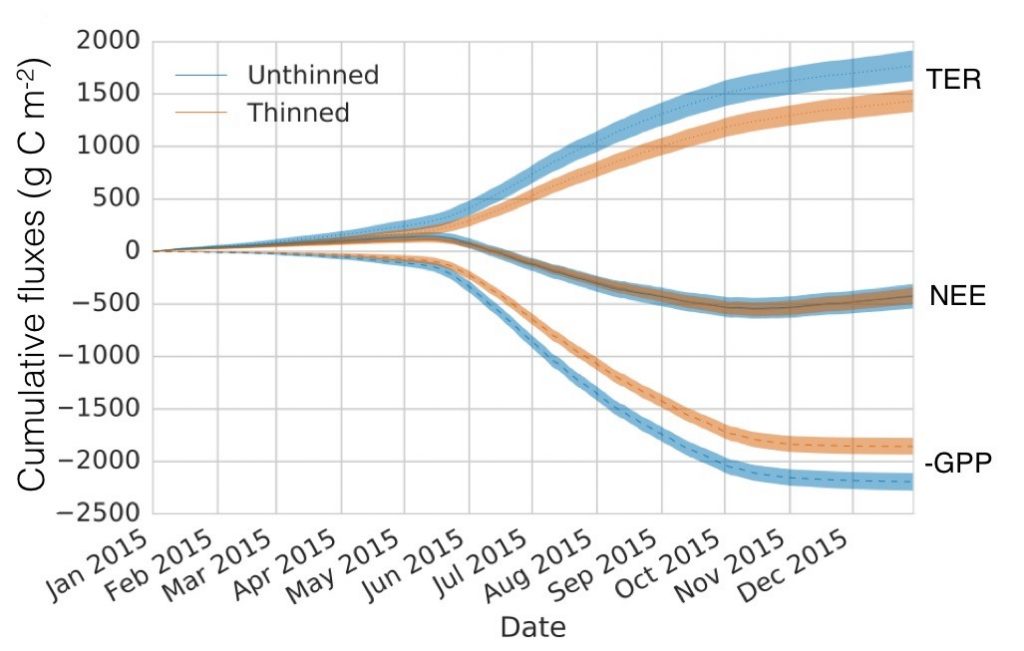 In Figure 3 we show the cumulative fluxes for both the thinned and unthinned forest after disturbance in 2015. We would probably assume that removing 46% of the trees from the thinned section would reduce the amount of carbon uptake in comparison to the unthinned section. However, we can see that both forests removed a total of approximately 425 g C m-2 in 2015, despite the thinned forest having 46% of its trees removed in the previous year. From our best modelled predictions this unchanged carbon uptake is possible due to significant reductions in TER. So, even though the thinned forest has lower GPP, its net carbon uptake is similar to the unthinned forest. Our model suggests that GPP is a main driver for TER, therefore removing a large amount of trees has significantly reduced ecosystem respiration. This result is supported by other ecological studies (Heinemeyer et al., 2012, Högberg et al., 2001, Janssens et al., 2001). This has implications for future predictions of land surface carbon uptake and whether forests will continue to sequester atmospheric CO2 at similar rates, or if they will be limited by increased GPP leading to increased respiration. For more information on this work please see Pinnington et al., 2017.