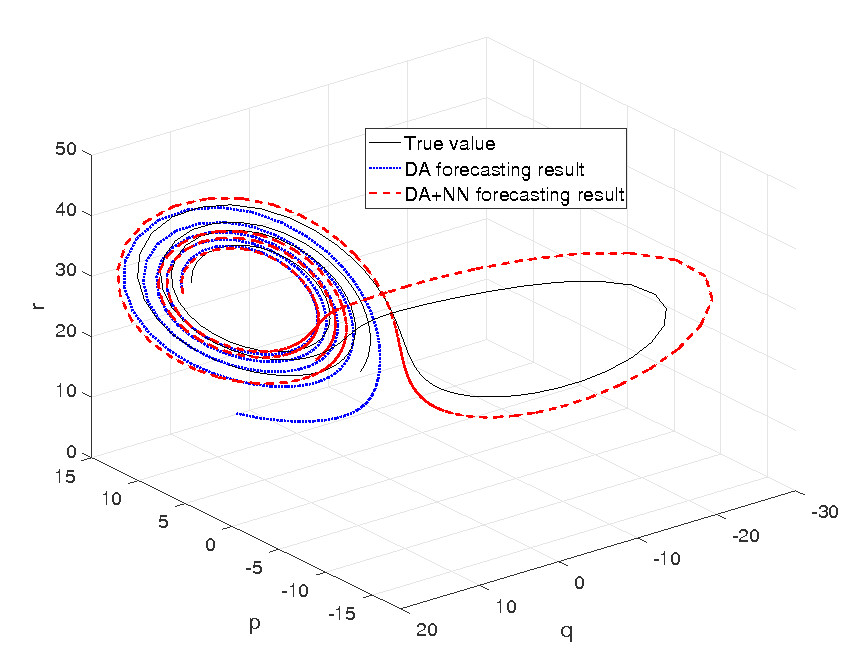 Imagine a world where it is possible to accurately predict the weather, climate, storms, tsunami and other computational intensive problems in real time from your laptop or even mobile phone – if one has access to a supercomputer then to be able to predict at unprecedented scales/detail. This is the long term aim of our work on Data Assimilation with Machine Learning at the Data Science Institute (Imperial College London, UK) and as such, we believe, it will be a key component of future Numerical Forecasting systems.

Figure 1. Comparison of the Lorenz system trajectories obtained by the use of Data Assimilation (DA) and by the integration of machine learning with Data assimilation (DA+NN)