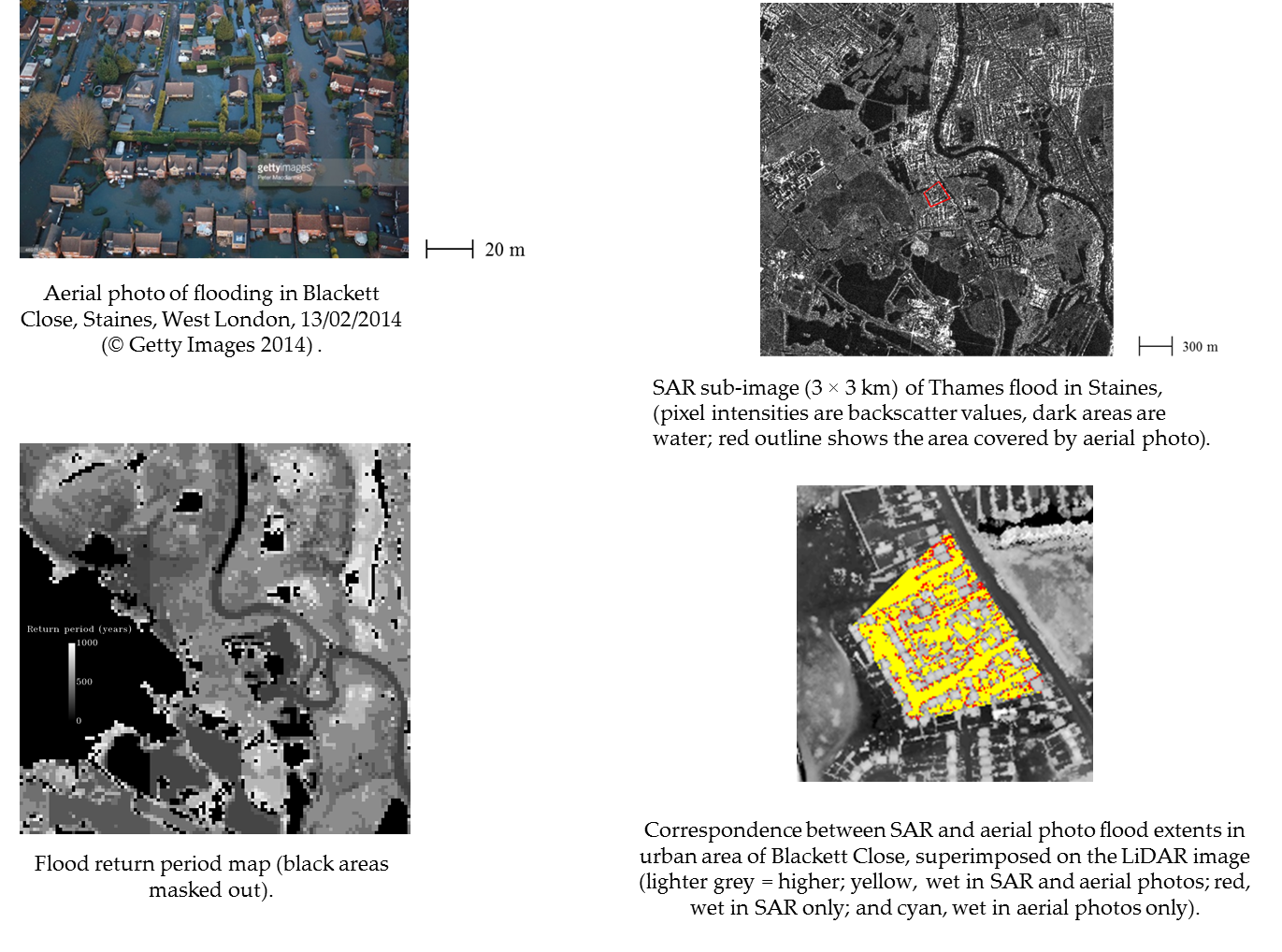 This DARE pilot project is investigating a method of improving the accuracy of rapid post-event flood mapping in urban areas by merging pre-computed flood return period (FRP) maps with satellite synthetic aperture radar (SAR)-derived flood inundation maps. SAR sensors have the potential to detect flooding through cloud during both day- and night-time. The inputs are JBA’s Flood Foresight dynamic flood inundation extent and depth maps (updated every 3 hours), and a high resolution SAR image sequence. The SAR returns are used only in rural areas, including those adjacent to the urban areas, so that there is no need to take radar shadow and layover caused by buildings in urban areas into account. Also, rural SAR water level observations should be able to correct errors in model water elevations, because the JBA model thinks that all flooding is fluvial. On the other hand, it is an advantage to use the model’s FRP maps in urban areas, because these know where urban areas that are low are protected from flooding.

The project developed a method for detecting flooding in urban areas by merging near real-time SAR flood extents with model-derived FRP maps. The SAR flood detection is based on the fact that water generally appears dark in a SAR image. Urban areas that are protected (e.g. by embankments) have high return periods in the FRP maps, and their effective heights are correspondingly increased. The SAR water levels found in the rural areas are interpolated over the urban areas to take into account the fall-off of levels down the reach. The model waterline heights are similarly interpolated. The interpolated height maps from SAR and model are combined to a single map, which is used to estimate whether an urban pixel is flooded. The method was tested on urban flooding in West London in February 2014 (see image 3) and Tewkesbury in July 2007. It was compared to a previously-developed method that used SAR returns in both the rural and urban areas. The present method using SAR returns solely in rural areas gave an average flood detection accuracy of 94% and a false positive rate of 9% in the urban areas, and was more accurate than the previous method. A journal paper is in preparation.