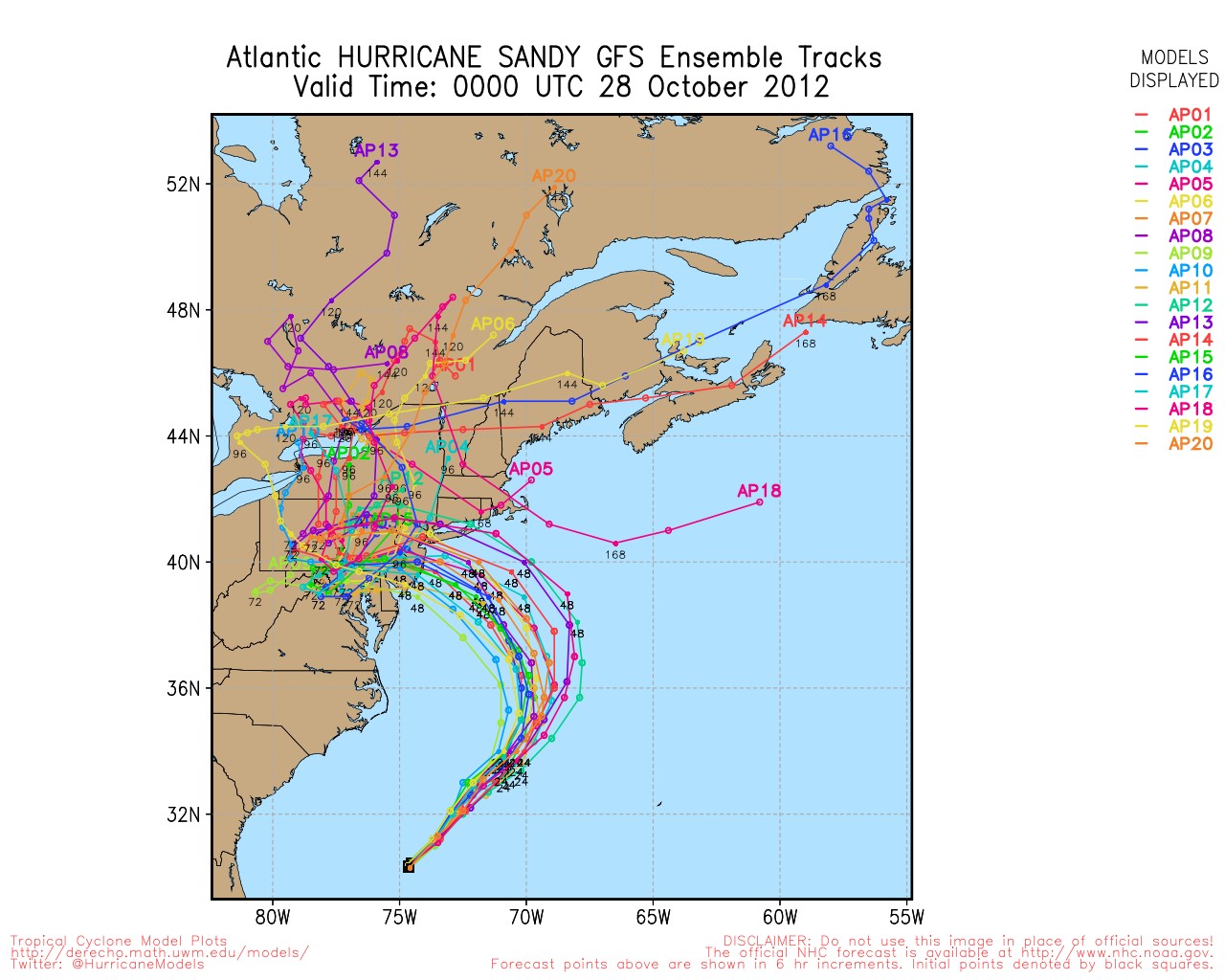 Meteorological operational centres have a great responsibility: they produce and revisit forecasts which are periodically released to the public. These forecasts (and their accuracy) are of great importance: from people planning their daily activities to governments allocating resources to different regions which expect extreme weather. Modern forecasting requires running a computer model based on the numerical solutions of some physical equations. The forecast has to be initialised somehow, e.g. by combining a previous forecast and observations, and then run for a given lead-time. This is done routinely. The process of obtaining the best initial conditions and revisiting them periodically is part of what is known as data assimilation.

In the olden days, operational centres ran a single-trajectory forecast, i.e. they initialised the forecast with a single set of initial conditions. But the initial conditions are never 100% accurate, they always have some uncertainty. How does the initial uncertainty translate into forecast uncertainty? Is this even important? Actually, it is very important, especially in chaotic dynamical systems (a class to which the atmosphere belongs) where tiny differences in initial conditions can lead to completely different situations after a given time. As for how to quantify the evolution in uncertainty, people realised a simple way is to run forecasts starting from different initial conditions chosen to represent the uncertainty in the estimate of the atmosphere at the starting time for the forecast. There are difficulties in this process: on one hand we have the methodological challenges of how to create initial perturbations and how to update them with adequate assimilation methods, and on the other we have the computational cost of running a expensive model more than once.

An example of an ensemble forecast is shown in figure 1. Back in the autumn of 2012 tropical cyclone decided to venture into the extra-tropics and make landfall close to New York City, causing havoc and disruption. The figure shows the best estimate location for the centre of the storm at 00UTC on 28 October 2012. From a family of 20 different slightly different initial conditions, different forecast trajectories are generated. Notice how the 24-hour forecasts do not differ much, but the difference grows considerably in the 48-hour forecasts, and by 72 hours the locations of the different forecasts are quite different.

Figure 1: Ensemble forecasting for the path of tropical cyclone Sandy. Produced by US NCEP with the GFS model.

In February 2020 I was invited to participate in a conference in India organised by the National Centre for Medium Range Weather Forecasting (NCMRWF) in Dehli. The International Conference on Ensemble Methods in Modelling and Data Assimilation (EMMDA), was organised to celebrate the unveiling of a new ensemble prediction system with global coberture and a very decent resolution (about 12 km). This is the result of a massive undertaking that lasted years in preparation. Furthermore, it is fruit of collaborations between the NCMRWF and the UK MetOffice, since the new system is inspired and largely modelled after the Met Office Global and Regional Ensemble Prediction System MOGREPS. With their new ensemble system, India joins a selective group of operational centres with forecast/assimilation systems which includes those of USA, France, UK, Germany, Canada, Japan, Australia, China, Korea, and Brazil. The European Centre for Medium Range Weather Forecast (ECMWF) produced their first ensemble forecasts in 1992 in an operational setting. 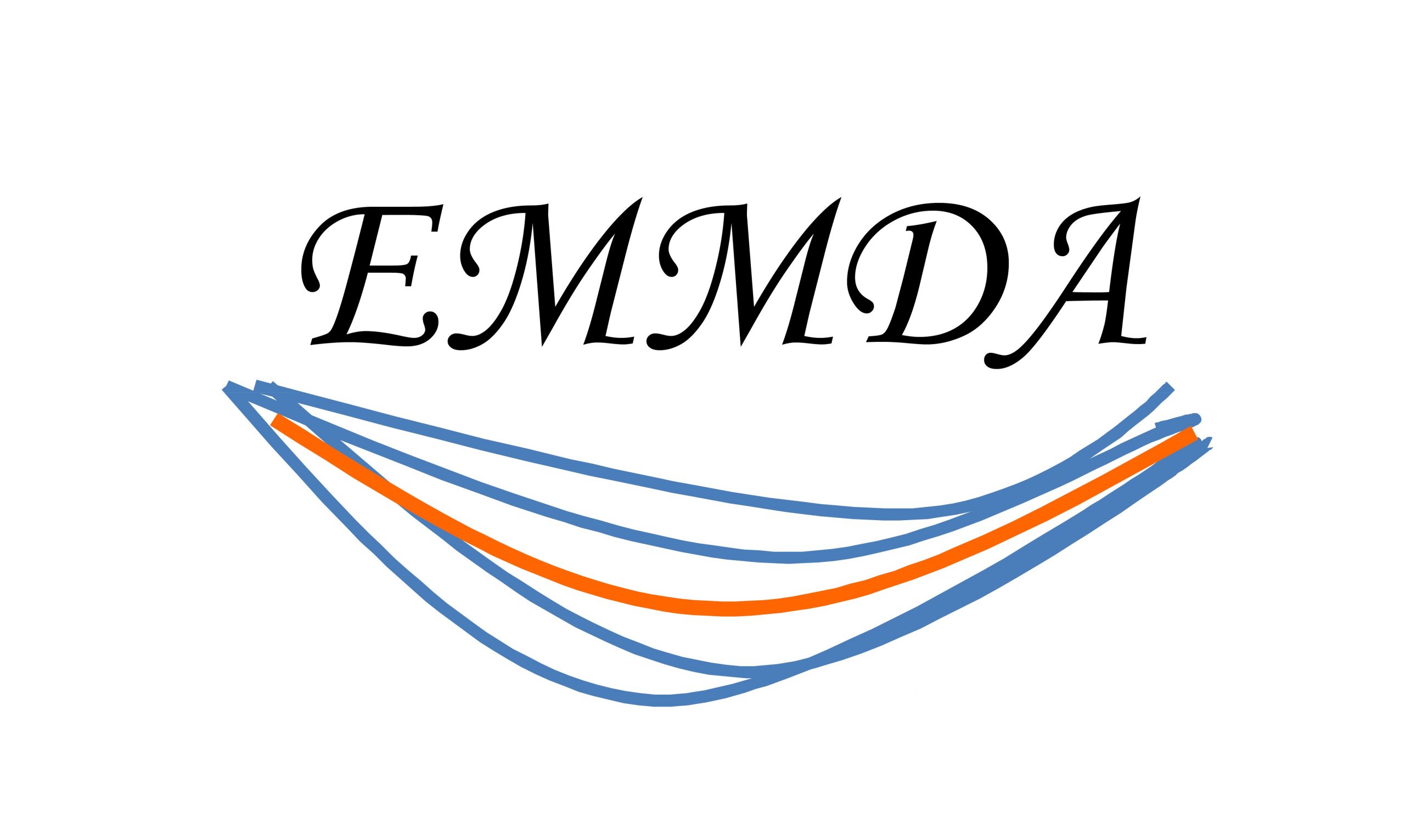 Figure 2: Logo for the International Conference on Ensemble Methods in Modelling and Data Assimilation depicting a schematic representation of 4 ensemble members in blue and the ensemble mean in red.

In the reunion experts from around the globe spoke about the latest advances in ensemble DA methods, including the Ensemble Kalman filter and smoother, particle filters, and ensemble-variational methods. The challenges of handling high resolution modelling which allows us to represent more complex features of the atmosphere is something of great importance. Some interesting applications were also discussed. These were quite varied, including atmospheric, ocean and Earth-system areas. In particular I spoke about using the Ensemble Kalman filter to estimate middle- and upper-level atmospheric winds using observed infra-sound waves coming from ammunition explosions. I have discussed this work in a previous blog which can be found here. I would like to acknowledge DARE for funding my participation in this event. Kudos to India, and welcome to the club!