Our central objective is to establish continuous chronologies of human occupation and land use, which are needed to address our research questions and Impact objectives. This can only be achieved with inter-disciplinary techniques as detailed below.

Study area 1: Excavations of the Salvatierra and Mendoza mounds have provided detailed information about the Monumental Habitation Mounds (MM) culture, but little is known about how this culture emerged from the preceding shell-mound culture. A small habitation mound (Loma La Punta) has therefore been selected for detailed excavation as initial dates show that it likely spans the critical archaeological gap between the shell-mound culture (pre-2,000 BCE) and MM culture (post 400 CE). These excavation data, when integrated with the previously published studies, will thereby reveal the complete cultural sequence from early Holocene foragers to late Holocene MM builders. 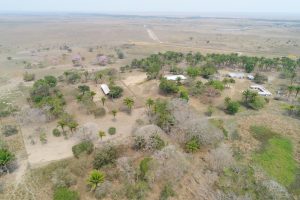 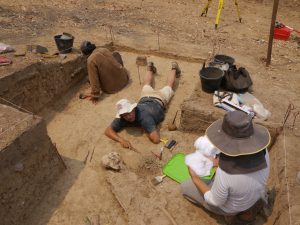 Study area 2: Ongoing excavations at Monte Castelo site (MC) will be expanded to obtain detailed information on chronology, settlement patterns, economy and mortuary practices, providing a continuous, detailed record of human occupation and land use extending to > 6,000 BCE. Reconnaissance survey has revealed exceptionally rich late Holocene cultural deposits of ceramics, anthropic dark earths (ADEs) (terras pretas), and human remains at a rainforest-covered bluff (Pedras Negras) 40 km upstream along the Guaporé river. This site will therefore be excavated in detail and integrated with the early-mid Holocene MC sequence to obtain a continuous record of occupation and land use spanning the early Holocene to European Contact. 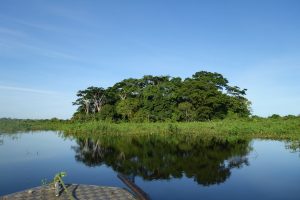 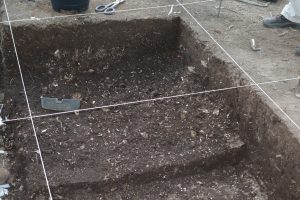 Study area 3: To date, only test-pit excavations have been undertaken at the Teotonio site. These will therefore be expanded by large, open-air excavations to obtain detailed information on chronology, settlement patterns, economy and mortuary practices, extending to at least 6,000 BCE. 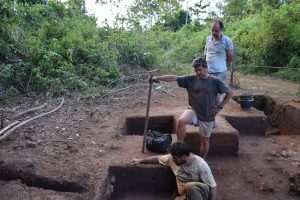 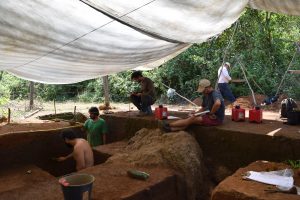 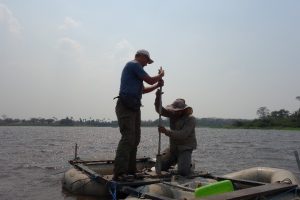 palms) and disturbance (e.g. Cecropia weed trees), while charcoal and elemental analyses will reveal burning and catchment erosion associated with land use. By targeting large and small water bodies, it will be possible to differentiate between regional- versus local-scale changes in land cover and land use, respectively. Pollen traps will be installed within a 1 ha plot of inventoried ‘cultural forest’ to refine detection of forest management in fossil pollen records. Analyses of phytolith, charcoal and stable carbon isotopes from off-site soil pit transects will be undertaken to capture land use at the finest spatial scales. Pollen and phytolith analyses of sediment grab-samples from several artificial ponds and drainage canals will also reveal which crops (if any) were cultivated in the open savannas of study areas 1 and 2 (which are today considered fit only for cattle ranching).

Holocene histories of fluvial dynamics and landscape evolution in study areas 1 and 2 will be reconstructed via analysis of remote-sensed optical imagery, a high-resolution TanDEM-X digital elevation model, and detailed stratigraphic and sedimentological analyses of bore-hole, road-cut, river-bank, and lake-core profiles. These data will be integrated into a GIS to reveal the geomorphic evolution of the Mamoré and Iténez river basins which dominate study areas 1 and 2, respectively. Chronologies of these fluvial profiles will be developed via AMS 14C dating of palaeosols and other organic palaeo surfaces, together with optically-stimulated luminescence (OSL) dating of inorganic sediments. These reconstructions will reveal how the fluvial network and spatial distribution of fluvially-deposited terra firme landscape (available for habitation and forest growth) and nutrient-rich soils (available for maize agriculture), versus seasonally-flooded interfluvial savanna clays, changed through time. Soil profiles will be analysed along transects radiating from archaeological sites to unveil potential relationships between settlement patterns and soil nutrient and geochemical properties.

The chosen archaeological sites (Work Package 1) are rich in skeletal, ceramic, and datable organics and are therefore the best available contexts in SW Amazonia for compiling robust chronologies of human occupation, diet, and land use. Christopher Bronk-Ramsey (Co-I) will provide expert guidance on the number and type of samples needed to produce the best possible 14C-based chronologies for each site in Work Packages 1-3. All samples (ca. 400) will be dated at the Oxford AMS 14C facility.  Radiocarbon chronologies will be integrated with ceramic-based chronologies into regional cultural chronologies.
a) Chronology of land-use change and site occupation/abandonment. Previously published data show that the chosen water bodies (Work Package 2) likely contain continuous depositional sequences with the potential for pollen- and charcoal-based reconstruction of land-use change (e.g. crop cultivation, burning, forest clearance/management) at significantly higher (sub-centennial) temporal resolution than archaeological sequences. The development of Bayesian-based age-depth models from these sedimentary sequences will therefore allow the construction of chronologies of land-use change and site occupation/abandonment at significantly higher temporal resolution than achievable with archaeological data alone. For example, cores from palaeo-river channels adjacent to 6 monumental mounds in study area 1 will reveal whether collapse of the MM culture (evident as forest regrowth and cessation of burning) was synchronous versus progressive across the region, and whether it preceded or post-dated European Contact. Comparison of lake/palaeo-channel records between study areas 1 and 2 will reveal how the chronology of land-use change and site abandonment compares among these two regions.
b) Project Database. All the multi-proxy data generated in this project (as well as previously published) will be integrated into a MySQL relational database to enable spatial-temporal relationships between cultural, land-use, and environmental change among the 3 study areas to be determined. The latter will be cross-correlated with a 10,000-yr, annual-resolution, speleothem palaeoclimate record from Rondonia to determine relationships between these cultural/land-use changes and climate change (e.g. flooding or drought). The latter builds upon an annual-resolution, 1500 year, record in neighbouring Mato Grosso.