‘The Moving Form of Film: Exploring Intermediality as a Historiographic Method’

With the II IntermIdia conference now complete, see below for images of the event and what people thought about the conference. For full videos of Keynote speeches and Plenary discussions from the conference, see our videos page here.

As part of the AHRC/FAPESP-funded IntermIdia Project (www.reading.ac.uk/intermidia), led by investigators from the University of Reading (UoR), UK, and the Federal University of São Carlos (UFSCar), Brazil, this international conference sought to invite discussion of intermediality as a historiographic method. 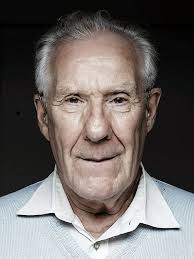 The Moving Form of Film

From its birth, the film medium has fuelled debates around its possible specificity versus its obvious connections with other arts and media. In recent days, with the advent of digital technologies that trigger and depend on media convergence, it has become indisputable that film is inherently intermedial, giving scope for reconsidering film history in light of the medium’s moving, all- encompassing form. As Alain Badiou summarises, it is impossible to think cinema outside of a general space made of its connections to the other arts. He says: ‘Cinema is the seventh art in a very particular sense. It does not add itself to the other six while remaining on the same level as them. Rather, it implies them – cinema is the “plus-one” of the arts. It operates on the other arts, using them as its starting point, in a movement that subtracts them from themselves’ (2005: 79). This conference will build on such an understanding by investigating the ways in which intermediality, rather than obstructing, enhances film’s artistic endeavour. More pointedly, it will ask: how can intermediality help us to understand the history of cinema as a whole?

Broadly speaking, ‘intermediality’ refers to the interbreeding of artistic and technical medial forms. The uses of the term hark back to the 1960s and Higgins (1966; 1981),who applied it to an array of countercultural artistic phenomena of the time. Through the years, the concept has evolved to encompass an ‘inflation’ of definitions (Pethö 2010), which concur in the celebration of ‘hybridisation’, ‘transnationalism’, ‘multiculturalism’ and cross-fertilisations of all sorts. As for cinema, intermediality has gained prominence among other more established approaches, such as comparative, intertextual, adaptation and genre-based studies, for its wider premise that keeps the interrogation into the properties of the medium constantly on the critic’s horizon (Rajewsky 2010). This conference will look at medial interstices, intercultural encounters and creative clashes where the specificities of cinema are questioned and re-fertilised into new forms. Its ultimate aim will be to stimulate an overarching exploration of and theorising on the uses of intermediality as a historiographic method.

The Arts and Humanities Research Council (AHRC) funds world-class, independent researchers in a wide range of subjects: ancient history, modern dance, archaeology, digital content, philosophy, English literature, design, the creative and performing arts, and much more. This financial year the AHRC will spend approximately £98m to fund research and postgraduate training in collaboration with a number of partners. The quality and range of research supported by this investment of public funds not only provides social and cultural benefits but also contributes to the economic success of the UK.

Founded in 1962, the São Paulo State Research Foundation (FAPESP) is one of Brazil’s most important science and technology funding agencies. Maintained by the transfer of 1% of the state’s tax revenue, FAPESP selects and supports research projects submitted by scientists affiliated with higher education and research institutions in São Paulo State in all knowledge areas. Projects are selected by peer review based on assessments by Brazilian and foreign researchers not associated with FAPESP.