The Season was held in combination with the Course ‘Brazilian Music and Film’, which focused on the ways in which these two media combine and cross-pollinate. The season and course emerged from research undertaken as part of the AHRC-FAPESP funded research project ‘Towards an Intermedial History of Brazilian Cinema: Exploring Intermediality as a Historiographic Method’ (IntermIdia).

Music has always played a crucial role in Brazilian culture, not only due to its popular appeal, but as the expression of a rich cultural mix. Lyrics and rhythms derive from a combination of indigenous, Iberian and African traditions, as well as more recent foreign genres such as jazz, rock and pop. In the last fifteen years, music has also become a major topic of Brazilian cinema, with many documentaries and fiction films paying tribute to a variety of artists, such as Tom Jobim, Elis Regina, Cartola, Chico Buarque de Hollanda and Elza Soares, as well as musical movements such as Tropicália.

This season presented a selection of films from this contemporary trend, comprising nine documentaries and one fiction film, as well as two short films from the 1960s and 1970s bearing strong links with the more recent works. Closing the event, a party was held at the Reading International Solidarity Centre (RISC), including a musical performance by celebrated accordionist Luciano Maia. Moving across samba, bossa nova, baião, rock and other styles, these films offer a privileged insight into the main traditions in Brazilian music and an intermedial understanding of recent Brazilian film history. Participants had the opportunity to experience a selection of beautiful songs as they traveled through a fascinating strand of Brazilian cinema.

This course exposed attendees to some of the most celebrated and endearing names in Brazilian music and cinema, including composers and musicians Cartola, Tom Jobim, Elis Regina, Chico Buarque de Hollanda and Dominguinhos, and filmmakers such as Eduardo Coutinho, Lírio Ferreira, Nelson Pereira dos Santos and Marcelo Machado. Sessions conducted close analysis of key films and songs, followed by discussion. During the sessions, participants also experimented with the relationships between music and image by working on a practical film project on their favourite songs.

The full course outline can be viewed here.

Curator:
Albert Elduque is a postdoctoral researcher on the IntermIdia Project at the University of Reading. He obtained his PhD degree from the Universitat Pompeu Fabra (Barcelona) in 2014, with a thesis focused on filmmakers Pier Paolo Pasolini, Marco Ferreri, Glauber Rocha and Nelson Pereira dos Santos among others from a comparative perspective. He is co-editor of the journal Cinema Comparat/ive Cinema, published by the Universitat Pompeu Fabra. His current research focuses on contemporary Brazilian films on music including fiction and documentary genres. 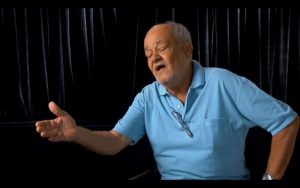 What is the most important music for you? This is the question that prestigious filmmaker Eduardo Coutinho asks his interviewees in this film, in a series of conversations with common people from Rio de Janeiro where they talk about the songs that changed their lives. Love, mourning, despair and relief: lyrics can tap into memories and express every possible human emotion. 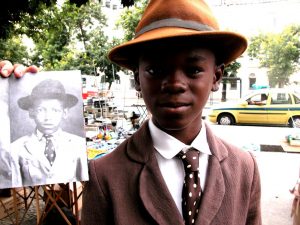 Cartola is one of the most important singers and composers in the history of samba, and has become an icon of Brazilian culture. Working through a wide range of archival images, Lírio Ferreira and Hilton Lacerda bring to the fore the artist’s unstable life and the history of the country over the course of the twentieth century, as well as the crucial role of music, cinema and television in the configuration of Brazilian identity. 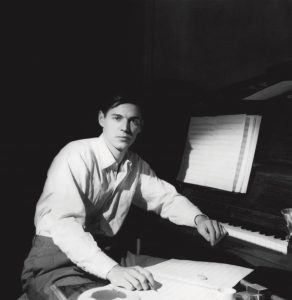 Master of bossa nova and composer of The Girl from Ipanema, Tom Jobim is probably the most famous of Brazilian composers worldwide. This homage is a collage of performances by artists from Brazil and abroad, including international stars such as Frank Sinatra and Judy Garland. 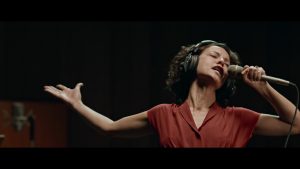 Boasting a powerful voice and an innovative performance style, Elis Regina emerged within the bossa nova movement in the early 1960s and experienced a meteoric rise until her premature death at the age of 36. This moving portrait, starring Andreia Horta as Elis, explores the singer’s troubled life through her most important songs, including the political dilemmas she faced during the military dictatorship. 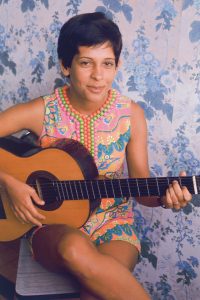 What exactly is Tropicalism? This is the simple, yet complex, question that a Portuguese TV host puts to an exiled and downbeat Caetano Veloso right at the start of Marcelo Machado’s film. The director takes the audience into the history of one of Brazil’s most iconic cultural movements. In an affectionate panorama, built up from a miscellany of references, interviews, archival images and, of course, songs, the viewer travels through the fertile, controversial and violent years of 1967, 1968, 1969. 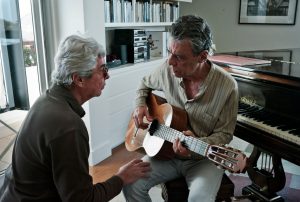 For five decades, Chico Buarque continues to be one of the most popular singers in Brazil, as well as a remarkable fiction writer. The documentary by Miguel Faria Jr. is a homage to the person and the artist, and it combines intimate interviews with performances of his songs by other artists, revealing both his personality and the power of his lyrics and melodies. 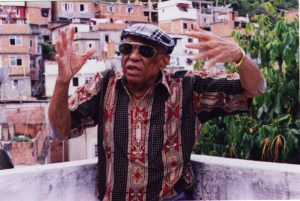 This film is both a portrait of Bezerra da Silva, a legend of the Brazilian music genre pagode, and of the composers of his songs, most of them blue-collar workers from the slums of Rio de Janeiro. The film explores the links between songs’ lyrics and  life in poor urban areas, but also the contradictory fact that the songs are now owned by record companies and not by their composers. The screening will be followed by Q&A with director Márcia Derraik.

Titãs is one of the most important bands in Brazilian rock, and this documentary is a humorous account of its songs and evolution over more than 20 years. Combining stadium concerts with music videos, TV programs with home movies, this teasing collage is an audio-visual party for rock lovers. Branco Mello, one of the founding members of the band, co-directs the film together with Oscar Rodrigues Alves. 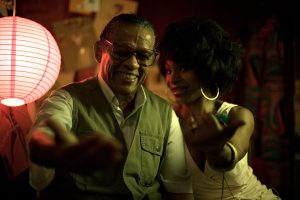 A tender homage to singer Elza Soares, a symbol of the struggle of black women in Brazil since the early 1960s. In an intimate atmosphere, Elza is interviewed together with various friends, such as Maria Bethânia and Paulinho da Viola, with whom she performs songs about love, religion and social inequality. Be prepared for one of the most striking voices you have ever heard. 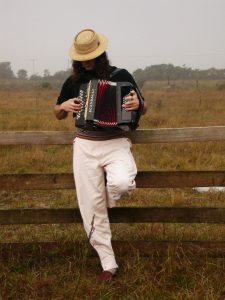 On a journey through Brazil, The Miracle of Santa Luzia visits the regions where the accordion tradition was cultivated, from the arid northeast to the deep south, including its greatest players. Among such masters is Dominguinho

s, who guides us in this journey in his truck. Through the accordion, multiple cultural universes unfold, showing that this instrument is one of the most closely connected to Brazilian emotions and traditions. The screening will be followed by Q&A with director Sérgio Roizenblit and accordionist Luciano Maia. 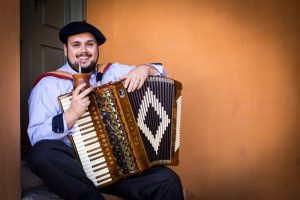 Closing the Contemporary Brazilian Music Film Season, a party will be held at the Reading International Solidarity Centre (RISC) including a concert by accordionist and singer Luciano Maia, one of the most important Brazilian musicians, hailing from the state of Rio Grande do Sul. He will bring to Reading a diverse selection from his sprawling catalogue, which mixes different genres, such as chamamé, milonga and polka.
Image credit: GIOVANI VIEIRA FOTOGRAFIA 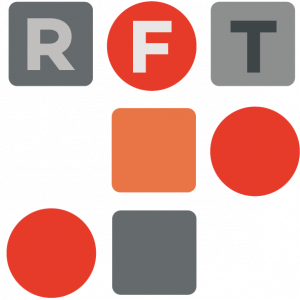 Reading Film Theatre (RFT) was established over 40 years ago as an independent cinema with a policy to show the best films from around the world. RFT receives no grants and hires the largest auditorium from the University on a regular basis, using its own equipment and employing RFT staff, most of whom are volunteers. 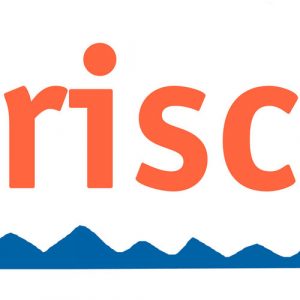 Reading International Solidarity Centre (RISC) is a Development Education Centre close to the heart of Reading’s town centre. RISC works with schools and community groups to raise the profile of global issues and promote action for sustainability, human rights and social justice.

This season and course are a partnership between the IntermIdia Project and the Reading Film Theatre. For more information, please e-mail a.elduquebusquets@reading.ac.uk.

Find out more about the latest IntermIdia Project event(s). You can learn more about past events and workshops we have run on our events page.