With the Silent Movie Prologues event in Brazil now complete, see below a video summary and photos of the event.

Silent Movie Prologues in Brazil will bring together theatre and film, by restaging the comedic movie prologues which used to precede the screening of silent Hollywood films.  In 1926, film exhibitor Francisco Serrador introduced the movie prologues, a novelty intended to attract audiences to the luxurious cinemas he had built at Cinelândia, in the centre of Rio de Janeiro. Movie prologues were stage presentations based on themes, characters and scenes of the foreign films they preceded. Usually accompanied by dance and musical numbers, they drew inspiration on the popular teatro de revista, the Brazilian vaudeville-style theatre.

Because the movie prologues had to be submitted to censorship, many of their scripts were preserved and are available at the Arquivo Nacional in Rio. Restaging these prologues will allow us to share with the wider public some key intermedial relations in Brazilian cinema under a historical perspective, which is the focus of the AHRC-FAPESP funded IntermIdia Project.

The first restaging of the Brazilian movie prologues will take place on 30 June 2018 at Museu da Imagem e do Som (MIS-SP), by the theatre troupe Companhia Antropofágica.  In December, the programme will travel to the UK, and will involve staff and students of the Department of Film, Theatre & Television, University of Reading.

In São Paulo, the session will open with a panel discussion with the event organisers, Luciana Corrêa de Araújo (UFSCar), Margarida Maria Adamatti (UFSCar), Lúcia Nagib (UoR), John Gibbs (UoR) and Lucy Tyler (UoR), as well as Thiago Reis Vasconcelos, Director of Companhia Antropofágica. Historical topics regarding the movie prologues phenomenon will be addressed, as well as details of the stage re-enactment and its adaptation to the current context.

They will start by restaging the prologue “Doing it the Pirandello way…”, before the screening of the preserved fragment of Beggar on Horseback (James Cruze, 1925). The film focuses on the crisis of a musical composer who is in love with a woman but considers marrying someone else, a rich woman, in order to solve his financial problems. The preserved film fragment shows the protagonist’s surreal nightmare. 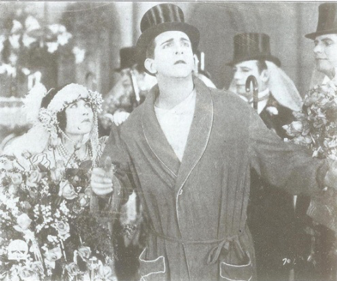 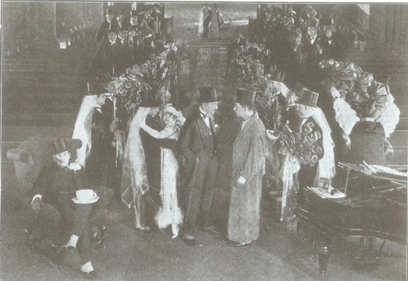 The second part of the show presents the prologue “The stylised cowboy” and the film Go West (Buster Keaton, 1925). While the Brazilian prologue creates parodic, ambiguous dialogues involving famous Hollywood stars, such as Rudolph Valentino and Buster Keaton, the film tells the story of a cowboy, who gets involved in several mishaps to protect his pet, a cow called Brown Eyes. 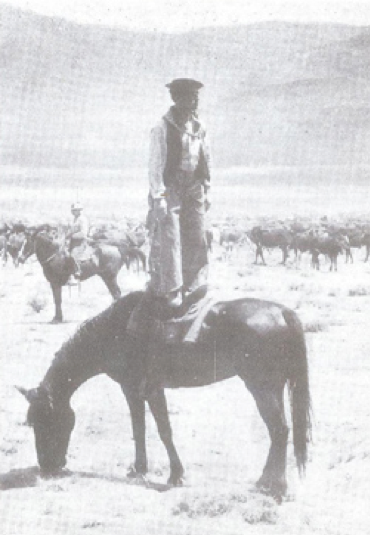 Prologue “Doing it the Pirandello Way…” by Companhia Antropofágica
The Modern Spirit explains to the audience that the stage play was cancelled because no actor wanted to be the protagonist of a futurist prologue. A sudden change happens when two volunteers go on stage.

Film Beggar on Horseback (James Cruze, 1925)
A musical composer, with financial problems, has the opportunity to become rich through marriage . When he falls asleep, a revealing dream about his destiny takes the form of a nightmare.

Prologue “The Stylised Cowboy” by Companhia Antropofágica
A milk seller and a woman talk in the street about Hollywood’s stars, until an unexpected meeting upsets the couple.

Film Go West (Buster Keaton, 1925)
Buster Keaton plays a cowboy who gets involved in different problems to save his pet cow, Brown Eyes, when the animal is sent to the slaughterhouse.

December 2018, further details to be confirmed.

With additional support from: 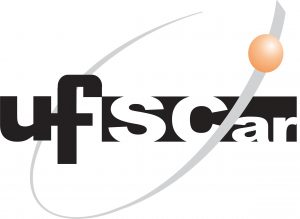