Ellie left our group in 2019 to set up her own enterprises in Diversity and Inclusion (Equasense) and Personal Coaching (Send Them Soaring). Ellie is now a visiting professor at the Department.

Steve successfully defended his thesis in October 2004 and now works at the UK Met Office in Exeter.

PDRA “Dust Outflow and Deposition to the Ocean (DODO)”

Having completed his PhD and a 2 year Postdoc position in the group, Duncan moved to work as a regional climate scientist at NIWA in Wellington, NZ.

PhD Student, “Transport and processing of chemicals and aerosols in the West African monsoon region”

Michelle gained her doctorate in 2009 and moved to a PDRA on the RONOCO project at Cambridge University.

Following a PDRA on the global radiative effects of aerosols using satellite retrievals, Nicky now works at the UK Met Office in Exeter.

PhD Student, “The radiative properties of aerosol over the Northern Mediterranean.”

Jolene successfully defended her thesis in November 2007 and moved to a position in the radiation group before moving into climate science policy.

Anna worked in the group as part of a Spanish National Fellowship, and now works as a lecturer at the University of Valencia.

Angus successfully completed his Viva in the group and is now working at the University of Exeter.

PDRA, The impact of aerosol on the Indian Monsoon

Liang now works in NCAS in the Meteorology Department.

Bethan successfully gained her PhD in 2009, worked in the group on the ADIENT project for 1 year and moved to work as a researcher on climate related programmes at the BBC. Bethan now works in atmospheric science data management.

Ross worked on the CLARIFY (Cloud and Aerosols Radiative Impact and Forcing) and SWAAMI (South West Asian Aerosol Monsoon Interactions) projects. Ross is now a PDRA at the University of Oxford. 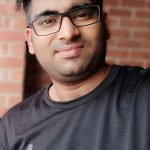 Dhirendra worked on the DAHLIA project, examining the role of model resolution and convective representation on dust uplift in East Asia, and moved to a position working with Tristan Quaife in the department.

PhD Student, “The effects and effectiveness of stratospheric aerosol injection”

Eunice completed her PhD in 2017 and now works at the University of Bristol.

James undertook his PhD on the properties of black carbon aerosol in climate models, followed by a PDRA working on aerosol satellite validation over central western Africa for the DACCIWA (Dynamics-aerosol-chemistry-cloud interactions in West Africa) project. James is now a research scientist in NCAS in the Department.

Megan worked on the ADIENT project which is quantifying aerosol optical properties around the UK and across EUROPE. She now lives in Japan with her family.

Andrew worked on developing a proof-of-concept tool that will enable the calculation of along-flight volcanic ash dosage with Dr Helen Dacre. Andrew now works at the Barcelona Supercomputing Centre.

Steve worked on the APPRAISE project developing and tested a benchmark radiative transfer model for the UK Atmospheric Aerosol community. He now works at the Met Office in Exeter.

Nicola worked on the EU FP6 project, QUANTIFY, using the Unified Model to look at the climate effect of aerosols. She was also a member of the Radiation and Climate Processes group. Nicola left in 2010 for new adventures!

Gill worked on the CRESCENDO project, understanding aerosols and chemically reactive gases within CMIP6 and climate change. She moved to a PDRA position in the Geography Department.

Julia successfully defended her thesis in February 2004 and is now working at the University of Bristol.

After completing his PhD in 2017, Chris moved to a job at the University of Hertfordshire in the Department of Physics and Mathematics. 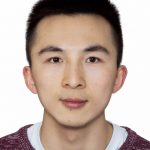 Alcide worked on the DAHLIA project, examining climate simulations of dust in East Asia. He now works in NCAS on the WISHBONE (Wider impacts of Subpolar North Atlantic decadal variability on the ocean and atmosphere) project.