Arctic sea ice can sometimes undergo large-scale retreat on timescales of days–weeks, presenting a challenge to forecasts. These very rapid ice loss events (vRILEs) are thought to be influenced by Arctic cyclones, but the mechanisms are not well understood. Here, the sea ice model CICE—enhanced with state-of-the-art parameterisations incorporated by researchers at Reading—is used to study the processes by which Arctic cyclones affect sea ice loss during vRILEs.

This is part of a NERC project with PI John Methven, supervised by Co-I Danny Feltham. Further details are on the project site.

High-resolution ocean simulations with the MITgcm are used to examine the dynamical processes and timescales associated with heat release from the ocean interior to the surface. The aim is to better understand how variability in ocean heat transport impacts climate.

In coupled climate model simulations, ocean heat transport (OHT) is found to be a major driver of the sea ice cover on multidecadal timescales. A highly simplified energy-balance model is developed and used to investigate the factors underlying this relationship. It is found that the emergent behaviour of climate models is captured by the simple model, that there are distinct behaviours of the Arctic and the Antarctic, and simulated future changes in OHT strongly modulate projected sea ice loss.

This is a PhD project funded by the SCENARIO Doctoral Training Partnership and supervised by David Ferreira and Danny Feltham. 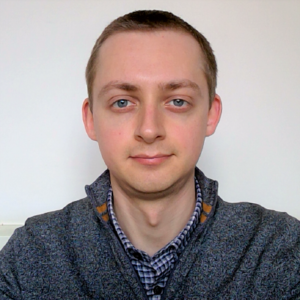