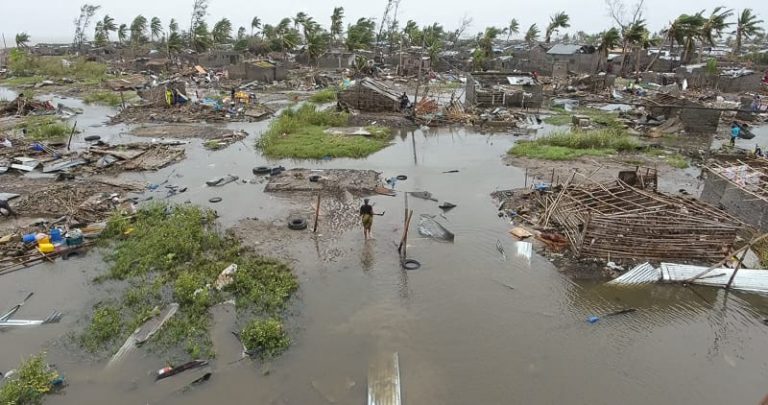 Humanitarian action for natural hazards is evolving, as we learn from catastrophic events such as the 2011 Horn of Africa famine, which affected more than 10 million people, and the Mozambique floods of 2000.

While the full extent of the impact of Cyclone Idai is still unknown, we do know that even with the airport closed and roads impassable, the Mozambique Red Cross were already on the ground in Beira before the cyclone struck. They had been preparing communities by disseminating early warning messages and handing out in advance emergency shelter kits, blankets, and mosquito nets.

The Red Cross were able to take this action before the cyclone struck because an innovative humanitarian system known as ‘Forecast-based Action’. This allows early action plans – supported by evidence from academics – to be triggered when a specific forecast of a natural hazard is made. Our research has contributed to early pilot research projects in Uganda and Peru, while ongoing research under NERC / DfID’s Science for Humanitarian Emergencies and Resilience programme is providing the tools and evidence to scale up these pilot projects to systematic international financing mechanisms.  This will allow early action to be approved and funded on the basis of a forecast.

As part of the Forecasts for Anticipatory Humanitarian Action (FATHUM) project, my team of researchers has been supporting the Mozambique Red Cross and German Red Cross to develop early action protocols for preparing for tropical cyclones.

This work has addressed the relationship between tropical cyclone magnitude and associated impacts in the country, and has prompted discussions about the most appropriate actions to take to reduce the risk.

For example, while putting up temporary roofing could benefit people before heavy rainfall caused by El Nino events in northern Peru, this would be inappropriate during tropical cyclones because strong winds and poorly-secured roofing create an additional hazard.

On March 14th 2019 – a day before Idai hit the coast of Mozambique – 340,000 swiss francs were released from the IFRC’s Disaster Relief Emergency Fund to directly help 7,500 people believed to be at risk. At this point it was estimated that just over 100,000 people would be affected by this storm. But even with the full extent of the disaster yet to emerge we can already see that this number is now much higher, with reports that at least 400,000 people have been made homeless in Mozambique alone, with many more affected in Zimbabwe and Malawi.

As with any innovation there is always room for improvement. Our research in understanding tropical cyclone impacts in Mozambique has been hampered by the lack of comprehensive historical data of rainfall, winds, storm surge impacts and vulnerability data that you might expect to find for countries affected by Atlantic hurricanes, for example. Also, more research and development is clearly needed to create better forecasts to support decision-making.

The wind strength of the storm as it made landfall on the 15th March was forecast as far as five days ahead. But uncertainty over the magnitude and location of both the storm surge and heaviest rainfall made the worst flooding much harder to predict.

So while we were sure that Cyclone Idai would make contact with Mozambique as an intense tropical cyclone many days ahead, the Global Flood Awareness System hovered around a 20% chance of severe flooding on the Buzi River, only giving certainty once the storm had made landfall. We now know that flooding has hit 5,000 people in the Buzi District alone according to the Mozambique Red Cross. 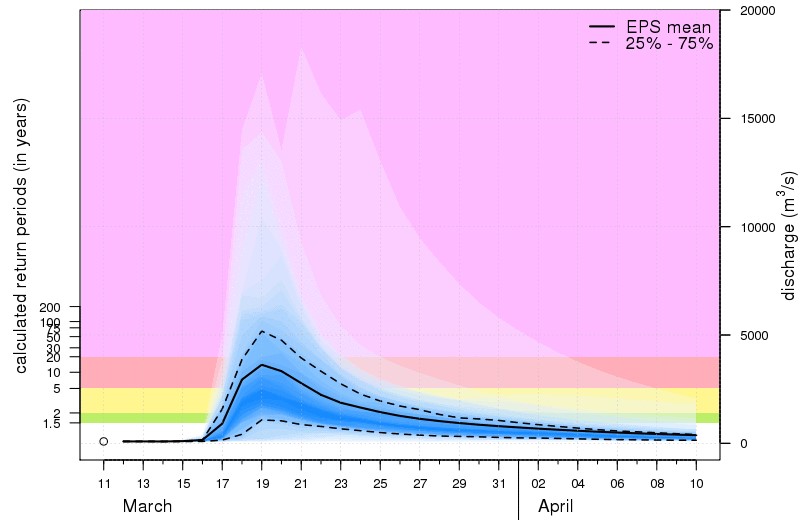 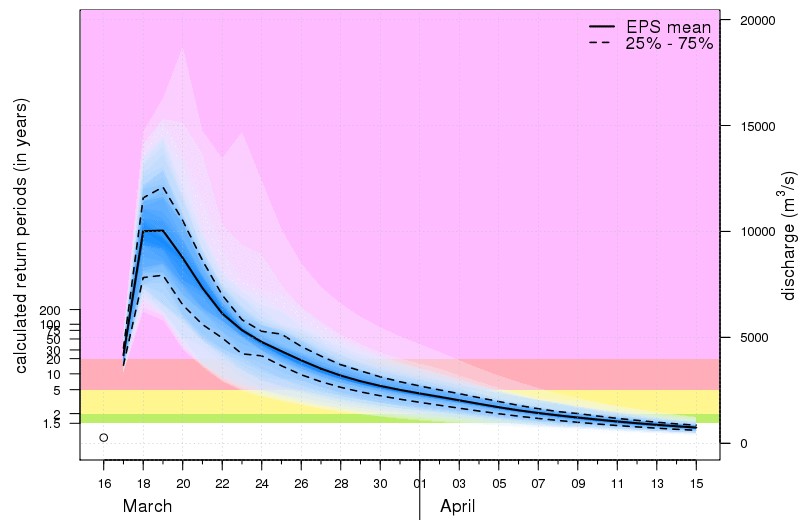 Over the coming days and weeks, we will see better information emerge about the impacts of the storm, and unfortunately we are also likely to hear about the secondary impacts, such as outbreaks of disease, which happen after news crews have left the region.

Behind the scenes the humanitarian community will be working hard to identify lessons learned and improve plans and processes. Researchers from the FATHUM project will use this storm as an opportunity to better understand the skill of flood forecasts during tropical cyclones, to improve our understanding of the complexity of impacts driven by both wind and rain, and to better identify appropriate early actions.

One thing already emerging is the suggestion of using this Forecast-based Action mechanism to establish emergency communication systems before a disaster. That is something that would no doubt improve the humanitarian response by enabling earlier assessment of impacts.

Dr Liz Stephens is Leverhulme Early Career Fellow in the Department of Geography and Earth Sciences.