The University has been honoured with a Queen’s Anniversary Prize – considered to be the highest national honour in higher and further education – for our work on Tackling the impacts of climate change – from global to local. Here, Andrew Charlton-Perez reflects on what went in to winning the prize and the ’team science’ approach that contributes to our work on climate change, sustainability and adaptation. 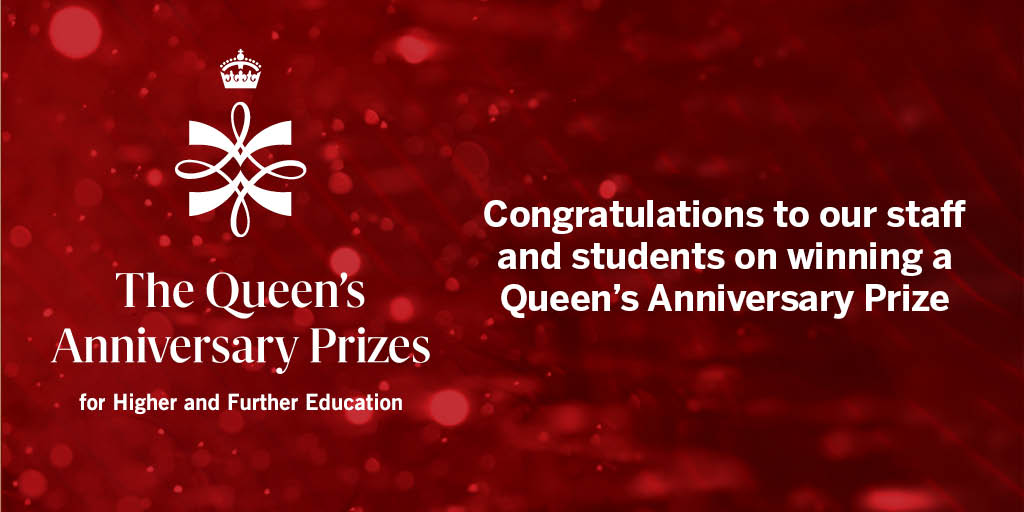 It’s a wonderful honour for me and all my colleagues to be recognised by the Queen’s Anniversary Prize. One highlight is its focus on interdisciplinarity – work on climate change takes place across our Departments of Meteorology, Geography & Environmental Science, Agriculture, Global Development, Built Environment, Mathematics and Statistics to name but a few. Our interdisciplinary Walker Institute is one way in which we bring together experts to tackle the monumental challenge of our changing climate and there are dozens of projects and teams whose work was referenced in our submission.

Wherever we work and whatever we’re working on, there is always a tension between the need to specialise and the need for our work to have broad relevance. In the last decade, the importance of making sure that our research tackles the climate challenges facing millions of people around the world has become increasingly urgent. This means that our scientists need the skills and motivation not only to understand the complexities of the climate system but also how the climate system interacts with equally complex and diverse human societies.

Whether it’s research that links climate forecasts and hazards to emergency flood management, the renewable energy sector or aviation, one thing it all has in common is the willingness to cross boundaries between academia and the public and private sectors. True co-development of new climate services requires both hard work and perseverance. Having observed some of this work closely, I have huge admiration for my colleagues who have the patience and persistence to spend meeting after meeting listening to what kind of climate information people need, explaining the kinds of information that climate science can currently provide, and then pushing, rapidly and creatively, to make climate science deliver even more.

From the global to the local

Enabling climate science to say more about climate variability – why one week, year or decade is hotter, colder, wetter or drier than another – and how this is changing at the local scale has been a key achievement during the last ten years and is recognised by our prize. A critical part of this is building the climate models that can accomplish this task – and in much the same way as the TV in your living room has advanced from SD to HD to 4K resolution, we have been pushing our climate models to ever higher resolution, adding more and more detail. This is done by making use of a wide range of new, powerful computers and the fiddly task of making sure climate models can be run on them.

Climate models are some of the most complex pieces of software ever written by humans, involving millions of lines of code. Higher resolution climate models not only provide the local information people need to anticipate what the weather will be like in their area but also help us properly capture and understand the physical processes that drive our climate, like clouds and convection currents – moving our models towards the goal of being true ‘digital twins’ of the real world and enabling us to better predict how our climate is changing.

Our work on improving climate models isn’t just about making them higher resolution, though. It’s about including new parts of the Earth system, such as better ways of representing cities and their climate impacts so that we can build resilience for the future. And it’s also about understanding how to represent important parts of the climate system, like the Asian monsoon, particularly where these have significant impacts, in this case on the lives of millions of people.

We are also committed to making sure our science has practical use. Our contributions to the Intergovernmental Panel on Climate Change (IPCC) and other international assessments, for example, help to give politicians and policymakers around the world a true and accurate snapshot of the state of the science. Several Reading researchers contribute to these assessments, putting in long hours digesting the literature and writing comprehensive but accessible text that reflects our current understanding of the science.

Another way we have helped both governments and industry to make sense of possible climate futures is by pioneering a storyline approach to climate prediction. By thinking about the future as a series of ‘stories’ that make clear the cause and effect of climate change, we can help decision-makers understand in more detail what the options are for adapting to climate risks.

On an even broader canvas, our wildly successful climate stripes, a simple but powerful infographic of increasing temperatures, has been seen all over the world. Whether shown on TV weather reports, on buildings, on clothing or in other abstract forms at COP26, they have allowed thousands of people to start conversations about climate change.

All of this great science depends on support and help from huge numbers of people. One of the joys of an award like this that is given to a whole institution is that it celebrates the collective endeavour of everyone involved. A special mention should go to the hundreds of early career researchers who contributed to the work in our submission. Their research, pushing the frontiers forward in many unique and different ways, is what allows us to make the collective leaps in understanding that are celebrated in the prize.

Similarly, none of this award-winning science would have been possible without our many partnerships, particularly the Met Office and ECMWF (the European Centre for Medium Range Weather Forecasts). And of course we have been extremely fortunate to be funded by UK Research and Innovation and the Horizon programmes within Europe, yet another example of the national and international cooperation needed to advance climate science.

The data and models that climate science is built upon are produced by teams of scientists at these and other institutions around the world. Much of this data is shared freely and openly, for example through the Coupled Model Intercomparison Project, a huge victory for open science that allows climate scientists around the world to compare and share their research models. This builds on the cooperative principles established all the way back in 1873 with the founding of the International Meteorological Organization, a tradition we seek to continue.

The UK is blessed to have world-leading climate science across the country, and it was a real joy for us to see the weather and climate science of our colleagues at the University of Leeds, with whom we work closely on many projects, as well as the London School of Economics’ work on climate finance and the University of Aberdeen’s work on soil health also celebrated in this round of prizes. We hope to continue to build these collaborations in the future through the Met Office Academic Partnership and the Universities UK COP26 network.

Involving the next generation

Our work to train the next generation of climate scientists is vital. Ultimately, if we don’t have people with the expertise to make use of new knowledge through practical application, then this exercise is futile. We are very proud of our graduates who go on to make significant contributions to weather and climate science in many spheres. Some of them you might know well because, like Laura Tobin, they appear on your TV screens daily giving the weather forecast. Most of them you don’t, but there are many inspiring individual stories of dedication and commitment to their studies.

In particular, I have got to know well many of our students from low-income countries who have received grants from the World Meteorological Organization to study in Reading. These are truly inspiring people; they often leave behind families and jobs to spend a year in a cold and unfamiliar place because of their personal commitment to making a difference through the power of knowledge. What could be a more fitting picture of what it means to be a university in the twenty-first century than that!

And the next… Looking ahead

All of us at Reading are delighted that the prize committee has recognised these achievements. Personally, the prize has given me huge amounts of energy to tackle many of the exciting challenges that lie ahead. Not least of these is the work we have been recently done on improving climate education for 8- to 18-year-olds across the UK, captured in our climate education action plan. This work builds on many of the same principles above, developing and using the best science, communicating it clearly to those who need it most, and working in true partnership with others to make sure this is done at the scale needed to make most impact.

Andrew Charlton-Perez is Head of the School of Mathematical, Physical and Computational Sciences,