The UK housing market has been affected by the pandemic, but in ways that were not anticipated at the outset. Initially, forecasters thought that the sharp reduction in economic activity could lead to a housing market crash. That didn’t happen. Parts of the market have instead been buoyant while others languish. Forecasting is tricky, but the result of the government’s temporary stamp duty cut raises some perennial issues about market efficiency and fairness.

Looking at some basics first, the Bank of England’s interest rate cuts have led to some of the lowest mortgage interest rates on record. Mortgage lenders are more than happy to approve loans for those who own homes and have good incomes. And those in regular “good office jobs” and millions of owner-retirees have seen their savings grow considerably through spending less on discretionary items such as holidays and eating out. 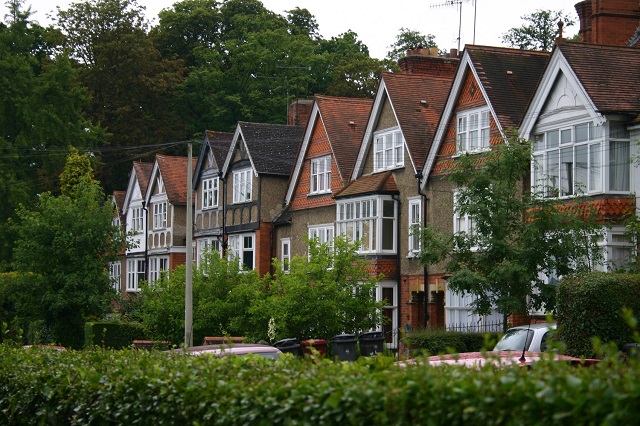 Younger people and lower-income groups, however, have been badly hit. Many experienced lost jobs or furlough and falling incomes, with great uncertainty about their future economic prospects.

Meanwhile, Britain continues to have extremely poor responsiveness of housing supply to rising prices. When demand increases, prices rise. These features, when taken together, help to explain recent market developments.

Early last summer, the scene was set for a mini-boom – particularly for houses in more expensive areas on the fringes of cities and beyond. New build continued to prosper as many core purchasers survived the economic crisis and pushed to meet looming help-to-buy deadlines.

By contrast, inner-city markets are strongly populated by the young and the less well-off, usually with a fair number of international buyers. These markets have frozen, with soft prices and falling rents. Having to endure lockdown in small flats has been too much for many, and city centres have become no-go areas for house buyers.

Unfortunately, the Treasury misjudged these developments, using policies to heat up the already hot bits to boiling point and further freezing cold ones to extreme brittleness. The Stamp Duty Land Tax (SDLT) reduction for house purchasers, for example, was introduced for a limited period to March 2021 at the end of the first lockdown. Unfortunate timing, just as parts of the market were taking off.

Meanwhile, city markets have faltered. Rules were introduced so that tenants couldn’t be evicted until things normalised. But for tens of thousands tenants arrears are mounting and others are behind on mortgage payments from depleted incomes. Landlords have reduced rent inflows, and many have applied for mortgage holidays. The sums involved are huge and rising, and the prospect is building of major evictions, landlord defaults and bankruptcies sometime after lockdowns end. So far, no special policy measures have been launched to address this.

SDLT is a poor tax that limits mobility as it puts off moves. Research suggests the effect is quite substantial. So, when minded to move and able to afford it, many stampeded into the market, spurred on by hype about new ways of living.

The biggest immediate beneficiaries of the temporary tax cut were those buying more expensive homes because houses worth £500,000 plus gain the maximum £15,000 tax break. With demand doubly stimulated, tight supply ensured that prices rocketed in the second half of 2020 – for many affected properties, by well above the actual tax cut itself – and may well continue to do so in 2021.

The price rises highlight the true beneficiaries of the SDLT stimulus. In the main, gainers are the better off, enjoying notable tax-free capital gains, and they are likely to save most of the proceeds rather than spend them. The policy outcome, then, has been the opposite of levelling up and reviving the economy through boosting demand. And future buyers, at least for a while, are going to face higher prices, which will drain their spending power.

Deal or no deal

The stampede to beat the SDLT reduction deadline compounded these negative effects. Apart from Scotland, which has a different system, deals are not locked in until contract exchange, months after initial agreements between buyers and sellers. During that time is the long process of search, survey and contract negotiation. Neither party is locked in, so either can pull out or try to change the agreed price up to the time of signature, through necessity or whim.

Evidence suggests that in normal times over a quarter of sales fall through during this phase, and the past year has been anything but normal. Chains of purchases have become fraught in consequence.

Attempts to speed up and improve housing exchange occurred in the 2000s. Home Information Packs, which required sellers to produce documents about their property, became a political football when they were finally introduced in 2007, only to be abolished. Nothing concrete has since been done by way of reform and lockdowns have made matters worse. Inevitably, logjams have piled up in the sales pipeline. Many now face the threat of not meeting the SDLT deadline.

Policy mistakes compound each other: forecasting failures and the badly timed attempt to use SDLT to steer the housing market were added to by a creaking, unreformed exchange process. Potential mayhem at the lower end further threatens to undermine the housing market.

What must have looked superficially to be a wizard policy idea – stimulating the housing market and gaining political bouquets from happy buyers at the same time – has rebounded badly. Buyers have faced two cliffs: tough if you completed just before the SDLT policy started and even tougher missing the deadline when it ends. Many have experienced the worst of a poorly designed process of exchange. Billions of pounds have been wasted on a stamp duty tax cut that made matters worse for far more people than it benefited.

House purchase is always a risky business: house prices and interest costs fluctuate and dream houses can turn out badly. It is also an unfair one. Unfortunately, current policy is exacerbating rather than ameliorating these.

On a longer view, the housing market is in for a bumpy ride. There are many reasons for pessimism as the hit to the economy works its way through, the tax gaze turns more towards housing, as interest rates rise again, alongside a stuttering, monopolistic, over-regulated supply-side sector.

The government will have much to do. Hopefully, rational, strategic, evidence-based policymaking will be to the fore. But the mediocre housing response to the COVID crisis suggests that mindsets will have to change significantly if that is to occur.

Michael Ball is a Professor of  Urban and Property Economics in the Department of Real Estate and Planning.