This year, World Water Week (23 August – 1 September) focuses on Seeing the Unseen: The Value of Water. This article by Rob Thompson, Postdoctoral Research Scientist in Meteorology at the University of Reading, explains the impact which drought has on how the ground absorbs water.

Large areas of the UK have officially entered a drought, as searing summer temperatures grip the European continent. We are currently seeing the introduction of hosepipe bans – a memory from my childhood, though rarely seen in the last two decades. 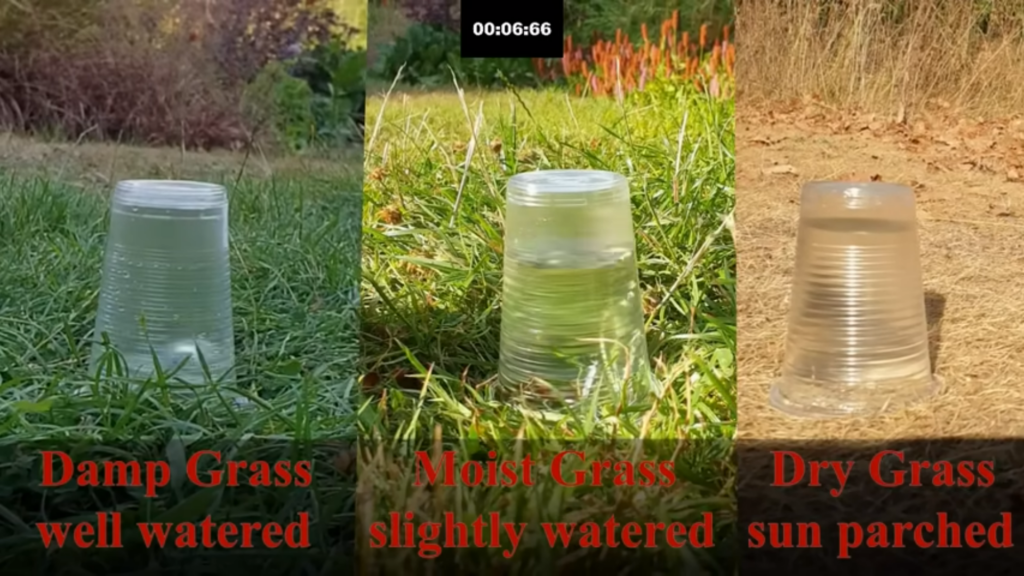 The conditions have left many farmers, gardeners and fire authorities praying for rain, with some publicly looking forward to the heavy showers forecast next week.

But we should be careful what we wish for.

Coupled with dry, baked soils which are particularly vulnerable to creating fast runoff, the heavy, localised downpours that accompany thunderstorms can cause flash flooding.

Drought is caused by persistent drier-than-average conditions. The whole year to date has been dry across southern Britain. In Reading, we have recorded just two-thirds of the expected rainfall to this point of the year. If you based your calendar on average rainfall alone, you would still only be in mid-May.

This has only worsened through the summer months. Parts of the UK experienced its driest July on record. The University of Reading’s Atmospheric Observatory recorded just 3.1 mm of rain throughout July in the region, while no rain has fallen in August so far.

Other parts of England have seen even drier conditions. Rain has not fallen in Odiham, Hampshire, since June.

But while this is unusual, dry weather is becoming increasingly common in the UK. Last year’s relatively dry autumn and winter are testament to this. A single rain-free month does not make a drought.

The UK’s water system relies on autumn and winter rains to replenish reservoirs that become depleted during periods of peak demand in the summer. So the sustained period of low annual rainfall has exacerbated the impact on river and reservoir water levels this year.

The current situation has not just been caused by a lack of rain however. This summer has been hot – really hot at times. The UK broke its temperature record, exceeding 39°C for the first time, only to be broken again on the same day, as temperatures passed 40°C.

Such extreme heat has greatly amplified the impact of reduced rainfall. Water use and evaporation rates are up. Not only are we receiving less water, we are both using and losing more too.

How will it end?

In much of the UK, the ground is currently parched, compacted and the surface grass is mostly dead.

Counterintuitively, in an effect well known to gardeners, it is difficult for parched ground to absorb water. Dry, cracked soils repel water rather than letting it soak in as wet soil would. This means rain pools on the surface and runoff rates increase – leading to a greater risk of flash flooding.

While admittedly science doesn’t tend to operate on a sample size of one, with a setup of plastic cups on social media, the following video clearly demonstrates the inability of dry ground to absorb water effectively.

Are we equipped to deal with the risk?

The heavy rain showers that often break long periods of dry weather may also fail to end the drought for everyone anyway. By nature, thunderstorms are very localised. While one area may be inundated, a neighbouring town could miss out on rainfall entirely.

This presents a challenge for weather forecasting. Although forecasting now accurately predicts when storms will occur, it cannot precisely predict where they will hit. This is similar to heating water on a hob. Predicting when it boils is possible, but where each bubble forms is far harder.

This makes providing warnings hard. Vast areas will receive general warnings despite few in those areas facing any actual risk. The impact of flash flooding will be severe for those it affects. However, suitably preparing communities for this risk without being able to predict exactly where the rain will fall is difficult.

Heavy rain on parched, baked ground is exactly what we don’t need. We need the sort of weather many of us dislike: several days of continuous drizzle. While it might ruin our late-summer picnics, this would wet the surface, without the risk of runoff, and prepare the ground for absorbing the autumnal and winter rain that we desperately need.

But this isn’t likely. The instability caused by rising warm air means heatwaves generally end in thunderstorms, and that is how the current episode is forecast to break next week.

Be prepared for heavy rain – and pray for drizzle instead.

Rob Thompson is a Postdoctoral Research Scientist in Meteorology at the University of Reading.