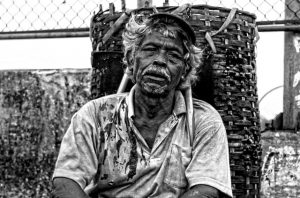 Despite more than 20 years of anti-discrimination legislation in the UK, ethnic minorities on average are still paid less than the white British majority.  This is not something which is unique to the UK: ethnic and racial wage differentials are common in many developed countries.

There is no lack of academic research on this issue, so let’s look at what we have we learned. Although it is difficult to quantify, discrimination in the labour market is likely to play a role; but there are likely to be other factors.

Among these other factors research has looked at the role of ‘quality’ education, living in areas with proximity to better paying employment opportunities, lack of high quality networks enabling people to obtain a good job, and segregation into low pay occupations [1].

What I find most interesting is that there are important differences across ethnic groups as well as within groups.

Only recently research has started to look separately at each ethnic minority – and often it focuses on the minorities that are larger numerically [3], with the results that we know little about other groups; for example we still group together blacks from any African background independently on the country of origin.  We also currently know very little about people with mixed background, a group which is increasingly important.

If we have only limited knowledge of the diversity of people’s experiences, how can we design policies that effectively reduce ethnic wage inequalities?

In a recent paper summarising the literature I argue that the “one-size-fits-all” approach, which treats all minorities the same way, is becoming inadequate [1].  We need a better understanding of what generates wage differentials across people belonging to different minorities.  Besides anti-discrimination legislation it may be useful to also use a different approach for policy, targeting issues rather than groups.

For example, if lower quality education explains ethnic wage differentials for one minority group, improving the quality of education will result in smaller ethnic wage differentials for this minority, but all groups would benefit for this improvement, being the minority in question (that have been the subject of research), other minorities (that have not been the subject of research) or white British who would have been otherwise left behind.

[3] For the case of the UK research focuses mostly on Indian, Pakistani, Bangladeshi, black African and black Caribbean.