Modern African historian Professor Heike Schmidt explains the hidden significance of the Springboks’ brief dance after their Rugby World Cup win, which was more than just a celebration of victory. 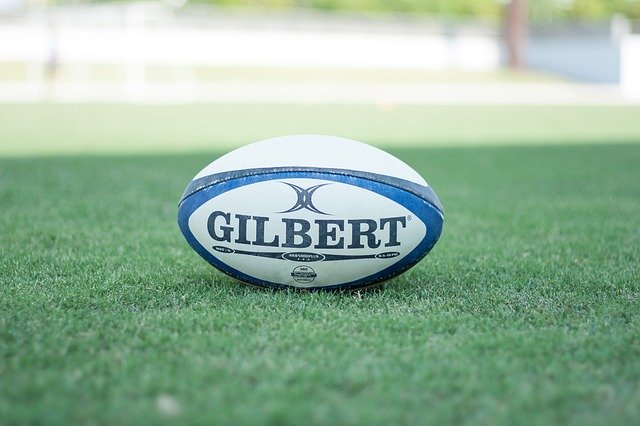 On Saturday, 2 November, The Springboks, South Africa’s national rugby team, won the world cup in the final game against England.

There has been a much reported twitter storm in response to one of the Springbok players, Faf de Klerk, celebrating in the changing room, wearing only his briefs made of the national flag pattern and a baseball cap covering his golden locks. A broad British response has been that, especially with Prince Harry present, this was a gesture of unnecessary humiliation for England, having lost the final.

But what has escaped the global public is a moment when after the cup was presented to team captain Siya Kolisi number 11, Mboneni Mbonambi, danced up to him and they shared a few steps. What may have appeared to be a spontaneous outburst of energetic joy for just a few seconds signified a sense of identity to the South African nation that was maybe as important as the first Springbok world cup win in 1995, a year after the country finally overcame apartheid, white minority rule.

The two players, for the briefest moment, toyi-toyied. Toyi-toying originates with Zimbabwean liberation fighters as a manner of training by rhythmically and energetically changing from one leg to the other, either on the spot or slowly moving forward, usually with the knees high up, the arms raised, and accompanied by a chant.

During South Africa’s struggle against apartheid, that is against white supremacy, toyi-toying was adopted at demonstrations from the 1970s. The effect on the South African security forces and international media was tremendous because it showed an energetic and united front of men, women, and children, moving loudly and in unison.

The toyi-toyi is still used today at political demonstrations, but also more generally as an expression of black identity. This has been adopted into popular culture with London based rapper Stormzy notably struggling to keep his low hanging pants up as he tried to toyi-toyi and singing simultaneously when he headlined Glastonbury this summer. 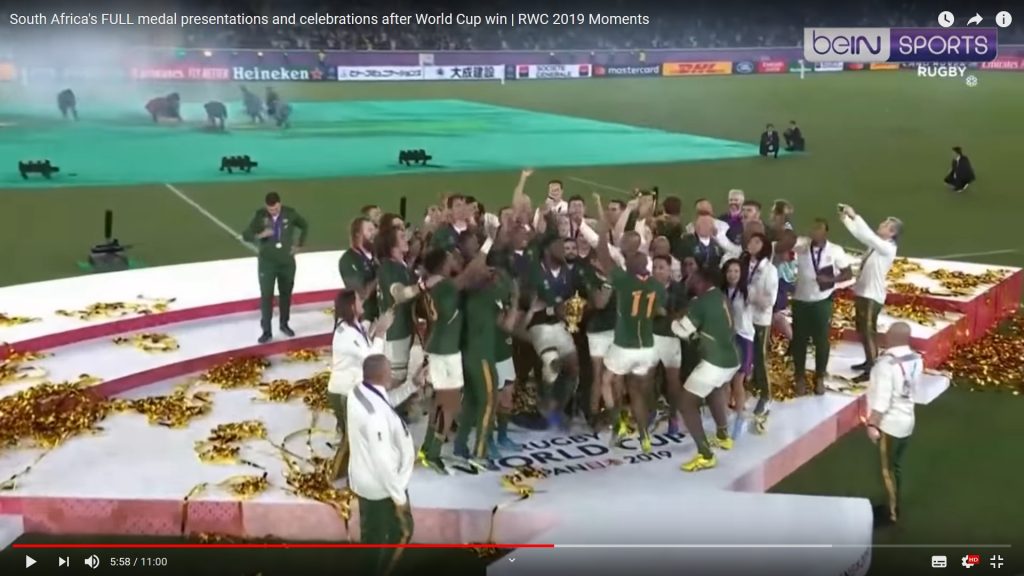 What the world witnessed when the Springboks celebrated their victory as the cup was presented was a very well-choreographed performance, with the team jumping up and down, chanting joyously.

But then there was that moment when two of the black athletes, both born free, that is after Nelson Mandela’s release from prison in 1990, expressed black resilience and belonging, a belonging to a nation that in 1994 with their first democratic elections made Nelson Mandela its president.

Mandela pronounced the rainbow nation consisting of many colours who together create something truly beautiful. Since, post-apartheid South Africa has seen many challenges. These include desegregation, criminal violence, especially rape, high unemployment rates, and a ruling party – the African National Congress – that is struggling to maintain its legitimacy as the freedom party.

Hence that liberation gesture, the toyi-toyi, carries great significance for the nation today, with this expression of black identity by the born frees, born of fighting for social and political justice.

Heike Schmidt is Associate Professor in Modern African History at the University of Reading where she specialises in nineteenth and twentieth century Southern and East Africa. She is currently writing a history of nation and nationalism in Zimbabwe from the 1950s to the 1990s. She has previously written posts for Connecting Research on unrest in Zimbabwe, Emmerson Mnangagwa’s election victory, the inevitability of ZANU-PF’s win and an opposition petition which sought to overturn the presidential election result.