As many of us fill the void in live sport by watching repeats of the FA Cup Quarter Finals, or dipping into documentaries on Maradona and Sunderland FC on streaming services, we are all wondering when will football be back, and importantly, how will it return? Reading Economists James Reade and Carl Singleton explore the options in a new post for The Conversation. 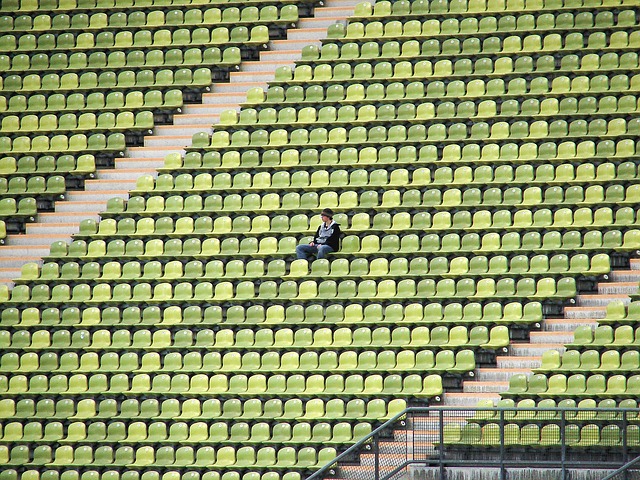 Will league seasons and competitions be completed or shortened? Will champions, qualification, promotion and relegation still be determined fairly on the pitch? Or by some statistical equation? Will games resume without spectators, or take place in cavernous empty stadiums? None of the answers to these questions are clear, not least because most competition organisers are delaying making these difficult decisions.

In an ideal world, all matches would be played, results logged and final tables computed, with all the outcomes playing out as if there was no delay. In reality, there are significant constraints on this happening. The UEFA Euro 2020 championship, due to be held this summer, has already been moved to 2021, removing one such constraint. But teams have also highlighted the thorny issue of many of their players’ contracts expiring at the end of June or July. The conventional start of the 2020 to 2021 European football season in August is also threatened.

Other sports have long found ways to deal with external forces restricting play. In limited overs cricket, the weather frequently intervenes and the Duckworth-Lewis-Stern method is applied to try and ensure there is still a winner.

This statistical approach factors in the remaining resources of each team, in terms of their batsmen not yet out and the number of balls yet to be bowled after any delay, to set a revised winning target for the chasing team. Such an approach couldbe taken with football, even down to generating the exact scorelines of games that were never played, using statistical modelling.

The best methods to model and forecast scorelines have been extensively researched. Simulation methods can be employed to project outcomes to the ends of league seasons, based on all the play that has come before. As an example and based on one common approach, we have produced a set of outcome probabilities for the end of this season’s English Premier League, based on all the play that came before the suspension.

We’ve made a heatmap to show the likelihood of different outcomes. Cells go from white (no chance), through yellow and orange to red. The redder a cell, the more likely that that team finishes there.

Some things are obvious and confirmed by our statistical model. Liverpool will win the Premier League with Manchester City coming second and Leicester City third. But qualification for the European competitions and who gets relegated still have huge uncertainty. If league seasons do not play out in full, given the financial implications for individual teams of whatever decisions are made, then lengthy and expensive challenges in the law courts are sure to follow.

The show must go on

There seems little alternative to playing out the remainder of the season. Recent research suggests that the spread of the virus did negatively affect attendances around Europe’s top leagues. As such, it seems that COVID-19’s spectre may haunt the remaining days of the season.

In the English Premier League, each domestic death related to the virus reported on the previous day led to a 6% fall in matchday attendances. But would fans actually stay away in the event of a resumption of play? Other evidence suggests that this might not be the case. After the only two other major disruptions in English football of comparable scale, the two world wars, attendances soared, implying a pent up demand to watch football.

This latter argument seems particularly powerful for lower league teams, which are much more reliant on matchday receipts than television money. Some of the larger clubs currently playing in the English lower leagues, with significant wage bills normally covered by a strong fan base, are already struggling. Leeds Unitedand Ipswich Town are examples. These lower division clubs, unlike the Premier League big hitters, will be desperately reliant on the football authorities, and most likely the government, to support them through what could very well be a dramatic economic downturn.

Both from a financial and a sporting perspective, it is difficult to find any clear argument for anything other than completing the current football season once the virus is beaten, whatever this means for future scheduling sacrifices. If necessary, the start of the next season should be postponed, possibly with fewer matches and with domestic cup competitions skipping a year.

Dr James Reade is Associate Professor and Head of the Department of Economics at the University of Reading. His research focuses on applied econometrics, with a particular focus on sport.

Dr Carl Singleton is Lecturer in Economics at Reading. His research focuses on Macroeconomics and Labour Economics, with a special interest in understanding cyclical fluctuations and issues of economic inequality. He also has a growing interest in Sports Economics and does some football forecasting.