The second wave of the pandemic has struck India with a devastating impact. With over 300,000 new cases and 3,000 deaths across the country each day at present, the total number of deaths has just passed the 200,000 mark – that’s about one in 16 of all COVID deaths across the world. It is also evident that the India statistics are significant underestimates.

The virulence of the second wave in India seems to be related to a confluence of factors: government complacency, driven by poor data collection and being in denial about the reality of the data; a new variant with a hockey-stick shaped growth curve; and some very large and unregulated religious and political events. 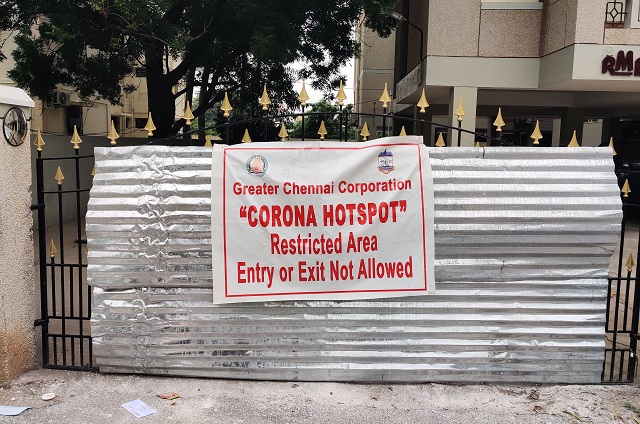 It is clear that there is now a humanitarian crisis of significant proportions. India is a country of 1.4 billion people and makes up a sixth of the world’s population. Here are some ways in which it is also going to affect the world economy:

India is itself the fifth largest economy in the world and contributes significantly to world economic growth. With relatively high growth rates (of between 4% and 8%) and its large size, it has a significant impact on the world economy.

Even in early 2020, before the pandemic took hold, the IMF had cited India’s indifferent output as the main reason for sluggish world growth figures in 2018 and 2019. The IMF downgraded its 2020 forecast to 5.8% partly because it expected more of the same from the subcontinent. Now it looks as if world growth for 2020 was down by around 4%, with India down 10%.

Everyone has been expecting a great rebound in 2021 from both India and the world, but that now looks seriously doubtful. For instance, Sonal Varma, India chief economist at the investment group Nomura, predicts that India’s GDP will shrink around 1.5% in the current quarter. Coupled with significant pandemic-related problems also in Brazil and South Africa, we might expect the impact on world growth to be considerable – even before taking any knock-on effects into account.

In terms of knock-on effects, the scale of the crisis in India is likely to mean that international restrictions remain in place for longer than hoped. In the words of Soumya Swaminathan, the chief scientist of the World Health Organization (WHO): “The virus doesn’t respect borders, or nationalities, or age, or sex or religion.” As others have asked rhetorically, can a country of this size be isolated?

On a recent flight from New Delhi to Hong Kong, for instance, 52 passengers tested positive for COVID. We also know that the Indian variant is already in the UK (while some of India’s second wave, notably in the Punjab, has been caused by the UK variant).

Preventing this spread from India requires strict quarantines and travel restrictions. This is bad news for airlines, airports and the businesses that depend on them, so this too will have a large dampening effect on global economic growth.

The pharmaceutical industry in India is the third largest in the world in terms of volume and 11th largest in terms of value. It contributes 3.5% of the total drugs and medicines exported globally and about 20% of the global exports of generic drugs. If these exports are in doubt, there will be all sorts of consequences for healthcare around the world, which will again feed through to global growth.

Above all, in the current situation, India produces 70% of the world’s vaccines. Serum Institute of India (SII) has been given the rights to produce the AstraZeneca vaccine for 64 low-income countries in the WHO’s Covax progamme, as well as 5 million doses destined for the UK.

The crisis in India has already meant that these exports of the vaccine have been postponed or called off, leaving many countries vulnerable to fresh waves of the virus and probably delaying their efforts to return to business as usual. If India is unable to provide vaccine supplies to the rest of the world, we can expect spillover effects in the form of recurrent lockdowns, increased need for social-distancing measures, and a significant decrease in economic activity.

India provides back-office staff for many activities in western Europe and the US, especially in the health and financial sectors. With these services now in jeopardy, the US Chamber of Commerce, for one, is concerned that the Indian economy could create “a drag for the global economy”.

For the UK, too, trade links with India are especially important in the aftermath of Brexit. This is demonstrated by Prime Minister Boris Johnson’s two attempts to visit in 2021 – both cancelled at the last minute because of the pandemic.

Given all these issues, and the humanitarian crisis unfolding, it has become imperative for the world to act quickly to help India – whether such help is requested or not. We are seeing signs of this coming through, albeit after a short delay, from the UK (oxygen concentrators, ventilators); the US (vaccine raw materials, drugs, rapid tests and ventilators); and Germany (oxygen and medical aid).

Whatever is provided is likely to be a drop in the ocean of India’s requirements, but at least it demonstrates a recognition that we are in this together. The Indian government may have been ineffective in the current crisis, but failing to recognise how it will affect the world would amount to an equivalent level of complacency. If the leading powers fail to do everything they can to help out, India’s crisis will become a world crisis in short order, not only for health but also for the economy.

Uma Kambhampati is the Head of the School of Politics, Economics & International Relations.