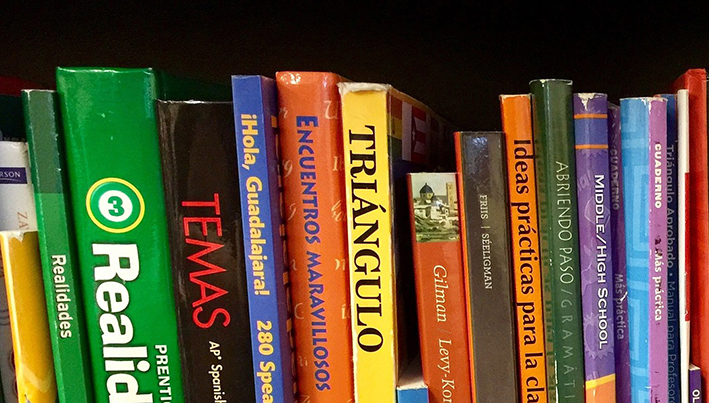 The number of pupils studying languages at GCSE and A-level in England is low, but there are several ways to encourage young learners to stick at it. To mark European Day of Languages, Professor Suzanne Graham from the Institute of Education explains how their research is encouraging more pupils to learn a language at school.

As we celebrate European Day of Languages, it’s important that we remain positive about the future of language learning in England.  This summer, while the percentage of learners sitting a GCSE in a modern language has risen slightly, it is still low, and continues to decline for A level.

Learning another language brings many benefits – not only for communicating with speakers of other languages, with 75% of the world’s population speaking no English at all  – but also for the cognitive, emotional and social development of young people.

In many ways, the continuing decline in language learning at school is not surprising. We know from research we’ve conducted at Reading for the last 18 years that there are three key things that are important for encouraging learners to continue with language learning.

The first is to develop intrinsic motivation to learn languages: that is, to help learners develop a real interest in them, that goes beyond seeing languages as useful for career purposes. The second is to equip them with knowledge and skills that help them believe they can actually communicate in and understand language of a more authentic kind than they typically encounter in the classroom. And the third, related aspect is to give them a sense of progress in their language learning.

All these things depend as well on the right classroom conditions (i.e. sufficient teaching time, teachers supported in the development of their language skills and pedagogy), as we found, in a recent study of primary and secondary school language learners.

Importantly, these issues are things that can be addressed, and at Reading we have been working on three projects to do just that. The Language Magician, a European project led by the Goethe-Institut London, has developed a computer-based game. Teachers are using it across Europe as an assessment tool for learning languages at primary  and early secondary level, to help them tailor their teaching more precisely to learner needs. The Language Magician can also give learners a sense of progress and confidence within a non-threatening game environment, taking forward our earlier research findings.

Using challenging and engaging texts, we have seen the confidence and skills of Year 7 learners of French blossom in a project aptly named FLEUR project (Foreign Language Education: Unlocking Reading). The teaching approaches we have developed and trialled with Oxford and Southampton University have been received enthusiastically by teachers and learners in 39 schools across the country, with resources and materials for teachers soon freely available.

And finally, working with around 600 learners of French and German, we have been exploring the impact of using poems and articles (on such themes as love, death, migration) on 14-year-old language learners’ motivation and creativity levels.  Part of the Oxford-led Creative Multilingualism work, our project, Linguistic Creativity in Language Learning, has already had positive feedback. Learners told us that studying poems “was really fun, cos you get like to learn new stuff, learn how to express your feelings”. Teachers liked that the materials allowed them to engage with the bigger issues, and they enjoyed seeing a different side to their pupils. As one teacher put it, it allowed pupils to “open their minds and express themselves in different ways, dipping into their emotions. Taking part in the project has given me the courage to try out more ambitious things in my classroom in the future”.

Giving up on language learning? – we’re not!

Suzanne Graham is a professor of language and education at the Institute of Education at the University of Reading and a member of the Centre for Literacy and Multilingualism.