Dinosaurs, chickens and the Russian revolution were among the topics that won University of Reading academics prizes for their research last week.

The five academics, one from each research theme, were honoured with a Research Output Prize for Early Career Researchers at University Court, the showcase annual event for the University community, on 20 March.

Professor Steve Mithen, Deputy Vice Chancellor, said: “Congratulations to all five winners. They were selected by peer-review from a strong field of outputs by our Early Career Researchers in each of our five research themes.

“Whether having produced single or multi-authored works, the success of these award winners represents not only their own outstanding achievement , but the support and hard work of many more people at the University and further afield.” 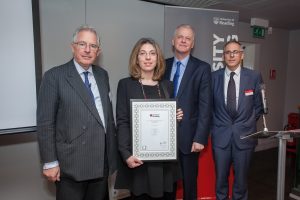 Dr Sandrine Claus, from Food, for research that mapped the metabolism of a chicken. Her research paper shows how changes to chicken feed could improve quality of meat and eggs and reduce costs. Judges were “hugely impressed” with this ground-breaking research, which they said could have global significance given the size and importance of chicken meat and eggs in people’s diets around the world. 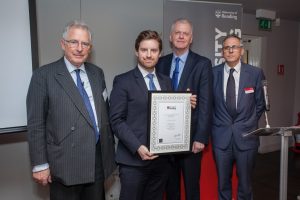 Dr Lawrence Hill-Cawthorne, from Law, for his book Detention in Non-International Armed Conflict.

Judges said this was an outstanding monograph on a topic of global significance that was “meticulously researched, well written, and accessible to lawyers and non-lawyers alike”. As well as making a substantial contribution to the field of international law, it has already shaped policy and practice, including judgements by the UK Supreme Court. 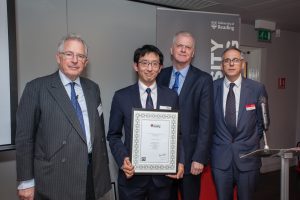 Dr Manabu Sakamoto, from Biological Sciences, for research into the decline of the dinosaurs. Rated as the 50th most influential research study of 2016, Dr Sakamoto’s work resolved a long-standing debate as to whether dinosaurs were already in evolutionary decline before the asteroid strike believed to have caused their extinction 66 million years ago. 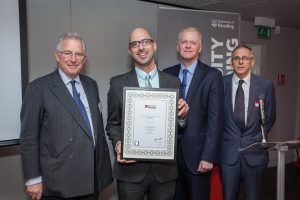 Dr Tim Salomons, from Psychology, for a study of how the human brain recognises pain.

Dr Salomons recruited a small group of volunteers who are congenitally unable to feel pain, to see how scans of their brain differed from those who experienced pain normally. The results suggest that the ‘pain matrix’, which shows up on brain scans and has been suggested as an objective sign of pain, may not be as clearly linked to the experience of pain as was previously thought. This has implications on both medical and legal practice. 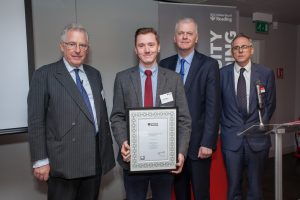 Dr Andy Willimott, from History, for his book about the lives of revolutionaries in post-1917 Russia, Living the Revolution: Urban Communities & Soviet Socialism. Judges said the book was “distinguished, academically robust and written in a superbly engaging manner”, and had received an impressive reception from readers and reviewers.

For more details on each of the research projects, including video of each of the authors, see updates on the Connecting Research blog.