As Scotland embeds LGBTI teaching into the school curriculum, Dr Richard Harris from Reading’s Institute of Education argues that this is not simply political correctness, but a welcome move to acknowledge that human society is, and always has been, diverse. 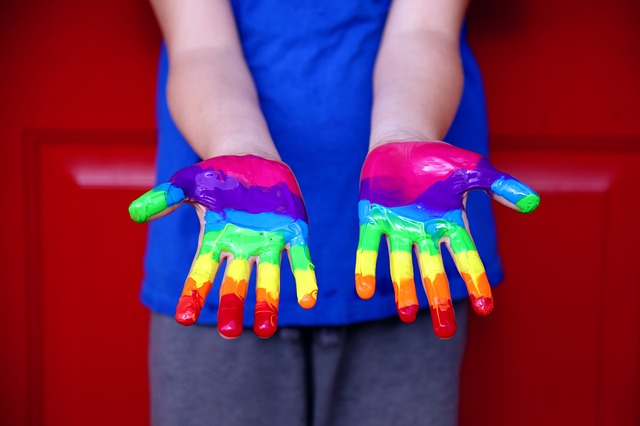 Scotland has become the first country in the world to take the bold and innovative step of embedding lesbian, gay, bi-sexual, transgendered and intersex (LGBTI) teaching across the curriculum. In practice, the changes will mean that pupils in state schools learn about what it means for people to be part of the LGBTI community, the history of LGBTI equality movements and the prejudices faced by LGBTI people, both historically, and in contemporary society.

The rationale for this move is clear. A study for the Time for Inclusive Education (TIE) campaign found that 90% of those who identify as LGBTI experience bullying in school, while 27% reported that they had subsequently attempted suicide. The Scottish government should be applauded for proactively looking to address this issue, by recognising the LGBTI community as a normal part of society.

The question now is whether the Department for Education should consider similar steps in England. Little is actually known about the experiences of those who identify as LGBTI in schools in England, as the studies that have been done tend to focus on countries other than the UK. But it is clear that the school curriculum does ignore this part of society.

As part of some initial research into the experiences of students who identify as LGBTI, I have been working with a group of young people in a secondary school in Berkshire, to support them to develop projects about issues in school that concern them. Many projects by the students actually focus on the absence of LGBTI issues in the school curriculum.

Nowhere in the curriculum is there any reference to experiences, actions, feelings, thoughts and issues relating to the lives of those who identify as LGBTI. Subjects such as English and history, which are largely about the human experience, seem to be devoid of reference to LGBTI people.

Other areas of the curriculum, such as Personal, Social and Health Education (PSHE), and Citizenship – which address issues affecting individuals and society today – are also noteworthy for the general absence of LGBTI issues.

Government and other surveys estimate that the UK’s LGBTI population is around 2% to 6%of the entire population, which is a significant minority who are excluded from the curriculum. Clearly, if diversity is valued in society, it also ought to be valued in schools – and this should be reflected in what is taught.

Some may criticise this move, and argue that events such as LGBTI history month are enough to raise the profile of this group. But these events do little to acknowledge that for the rest of the year, the curriculum approaches its subject matter from a heterosexual perspective. By creating a place for LGBTI issues in the curriculum, it is more likely that they will come to be considered normal, and accepted within society.

This approach should also be adopted more broadly to include other minority groups, who are similarly marginalised in the school curriculum. The fact is, the curriculum adopts the default perspective of a society which is white and heterosexual. Several studies have highlighted the problems this can cause for other minority groups.

For example, a recent study of an English secondary school highlighted the small, everyday acts of racism experienced by students of African and Caribbean descent, especially during black history month. Even in the classroom, language was used (often unwittingly) that created a binary between black and white, or implied that white society was superior. Likewise, Muslims have contributed positively to British society over the centuries, yet research has found that this is seldom mentioned in the teaching of history.

Rebalancing the curriculum is not a matter of “political correctness”. It is simply acknowledging that society is, and has always been, diverse.

This post first appeared on The Conversation, 12 November 2018. Dr Richard Harris is Associate Professor at the University of Reading who has been involved in education for nearly 30 years, and specialises in the practice of history teaching, action research, curriculum policy and development, diversity, citizenship, trainee teacher/teacher development and transgender issues.