By Dr Craig Steel, Deputy Director of the Charlie Waller Institute for Evidence Based Psychological Treatments 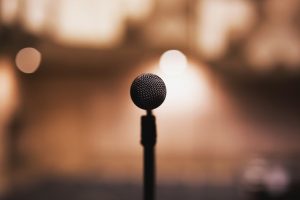 Last weekend (17-21 November 2017), Dr Dirk Corstens (a psychiatrist from the Netherlands and chair of intervoice www.intervoiceonline.org and I hosted the first meeting of ‘Talking with Voices’ at the University of Reading which included invited colleagues from the U.K, France, Netherlands, Denmark, Germany, Austria, Norway, Serbia and Australia. We gathered with the aim to share ideas on clinical practice and future research in the area of hearing voices.

Hearing voices, or auditory hallucinations, are often associated with severe mental health problems such as schizophrenia.However, recent decades have seen an increased awareness of the fact that voice hearing occurs within a significant percentage of the public, many of whom are not distressed by this experience, and do not seek psychiatric help. Those who do suffer distress associated with hearing voices are usually offered medication and encouraged to think of their voices as a symptom of a disease, e.g. schizophrenia.

More recently, clinical psychologists, myself included, have been at the forefront of developing psychological therapies for people diagnosed with schizophrenia. This research effort has led to cognitive behaviour therapy now being recommended as part of the current NICE guidelines for treating schizophrenia.

There is still much room for improvement within the psychological approach and innovation is required.

Talking with Voices is an approach which actively engages the voice which voice hearers hear, and opens up communication between the voice and the mental health worker within clinical sessions. The idea is that rather than ignoring the voice (as is often encouraged within mental health services), which is likely to create fear, an active dialogue is opened to help the voice hearer live with their voices. From a theoretical point of view, the voices may represent a dissociated part of ‘the self’ which occurred during a traumatic period in someone’s life.