From astronomy to almanacs, Professor Anne Lawrence-Mathers explores the historical origins of weather forecasting in a new post for The Conversation. 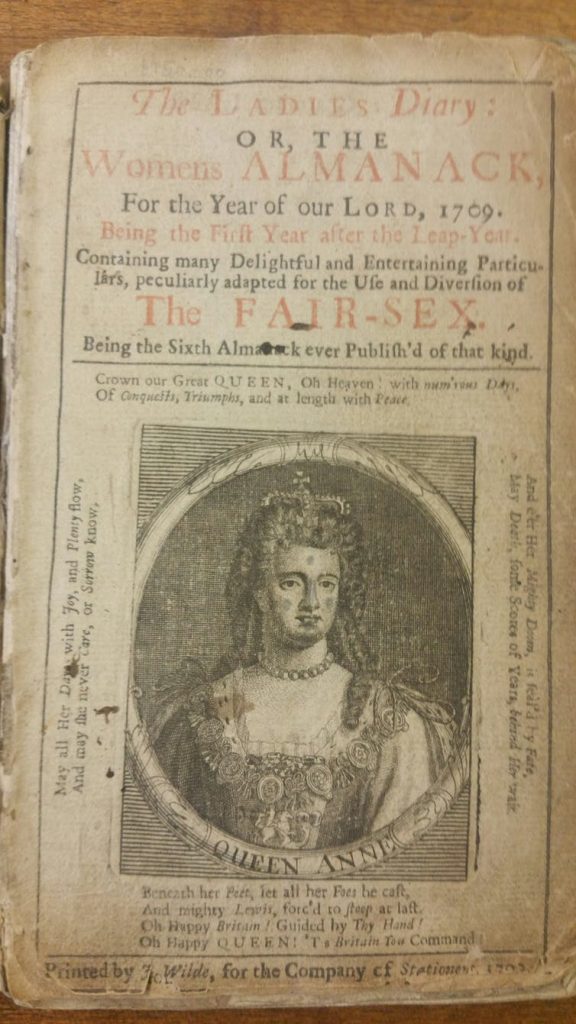 It’s official: according to the UK’s Met Office, February 2020 has been the wettest February in England, Wales and Northern Ireland since it began keeping records – and the second wettest (behind February 1990) for Scotland. It has also been the fifth wettest of any calendar month in a series from 1862.

Delivering the bad news each night, weather forecasters have been looking depressed, while the UK public – already renowned for their obsession with the weather – have been huddled together in whatever shelter they can find, moaning about the terrible winter.

So it seems fitting to note that the world’s first daily weather forecasts were published in a British newspaper. Appearing in the 1860s, these vital scientific summaries of information were the work of Robert FitzRoy (who was also captain of HMS Beagle as it took Charles Darwin on his famous voyage of discovery).

But similar forecasts from the 12th century onward, known as “prognostications” before FitzRoy coined the term “weather forecast”, were also based on genuine scientific beliefs of the time. Medieval forecasters used both detailed observations of actual weather and complex astronomical and mathematical calculations to predict the future.

My research has shown that these forecasting methods were in fact taken seriously from the 9th to the 18th centuries. In the 16th and 17th centuries both Tycho Brahe, a Danish astronomer, and Johannes Kepler from Germany made forecasts of this sort, and recommended the collection of data to improve accuracy.

Their works were expensive, but almanacs made popular versions of forecasts widely available – including specialist titles designed to appeal to women, travellers and farmers.

The scientific theory involved started with classical astronomy, the idea that celestial bodies – especially planets – exerted powerful forces over the Earth and its inhabitants.

Arabian scientists from the 9th century had accepted and developed this model. Just as the sun brought light and heat, and the moon apparently produced moisture and controlled tides, Saturn was believed to be powerfully dry and cold, while Jupiter was warm and mildly wet.

This theory had been developed by Claudius Ptolemy of Alexandria, the great cosmologist and astronomer of the 2nd century. Ptolemy’s main contribution was to produce complex mathematical models which made it possible to predict with considerable accuracy where the planets would be on any chosen date.

This in turn meant, Ptolemy said, that it was possible to calculate how their effects would interact, and what the outcome would be for the Earth’s atmosphere and weather.

Ptolemy outlined how detailed weather forecasts could be made, stating:

When planets are in significant relationship to one another, they produce associated variations in the state of our atmosphere, which must be factored together with seasonal conditions and prevailing winds.

But the lack of interest among aristocrats in technical astronomy led the science to decline in the Roman Empire and then to be unavailable to early-medieval western Europe.

Instead, astronomical weather forecasting was developed by philosophers in the Arab Empire from the 9th century. Scholars such as al-Battani and al-Kindi compiled new data into updated planetary tables and refined Ptolemy’s methods of weather forecasting.

Their work was slowly assimilated by scholars in Europe from the late 11th century, and incorporated into university teaching of astronomy by the 13th century. But the main barrier to wider successful forecasting was the complexity of the calculations involved.

Nevertheless, there was a powerful incentive to succeed. One of the most popular Latin treatises on weather forecasting was attributed to Robert Grosseteste, the 13th-century scientist and English bishop who set out a simplified method of making the actual forecasts and urged that forewarning of droughts or floods would save many lives.

Later on, some practitioners achieved great fame for their accurate forecasts. Englishman John of Eschenden successfully claimed in 1348 that he had predicted the great plague of that year in 1345, though his prediction was rather vague.

His ongoing prognostications of prolonged cold, wet and windy weather, causing floods and famines into the 1370s, were acclaimed as correct. He worked with other scholars and church authorities to spread knowledge of this important science and its findings.

An important further step was taken in the mid-14th century by a scholar known as John of Saxony, working at the University of Paris. His almanac supplied ready-calculated sets of planetary positions for a long period and was highly influential.

The serious work going into weather forecasting in the late middle ages is further shown by the growing practice of making detailed observations of weather and correlating them with forecasts.

The earliest known examples of this come from England and Germany from 1330 to 1360, and their effect was to increase confidence in astronomically based weather forecasting.

Later astronomers, including Brahe and Kepler, continued to build on this “medieval” weather forecasting. Brahe argued for making both weather records and forecasts, with the aim of increasing the accuracy of the forecasts by using more data. Weather observations and forecasts made by Kepler from 1593-1624 survive.

In the 15th century it was already the responsibility of university astronomers, in cities across Europe, to issue annual prognostications covering the weather.

With the arrival of print in the late 15th century, such prognostications were rushed out as annual almanacs, which sold in enormous numbers. The more expensive ones provided daily weather forecasts for the coming year, in phraseology still echoed by modern forecasters. They mentioned “wind, rain and stormy weather”, “variable winds” and conditions described as “fresh and fair”.

These were still published across Europe and in America in the 19th century, although taken much less seriously because of growing scepticism about the powers of the planets. But much of this seems to have been widely ignored in histories of science.

This may be partly due to a widespread dismissive attitude towards anything classified as astrology, but perhaps also because of a tendency to focus on Europe, rather than the Arab Empire, as the birthplace of modern science. But as we all continue to discuss the weather and its effect on our day to day lives, the legacy of careful analysis of atmospheric changes and their causes, deserves to be remembered.

This post first appeared on The Conversation, 4 March 2020. Professor Anne Lawrence-Mathers is a medieval historian whose interests centre on medieval magic and science, and on the interfaces and interactions between the two. She recently published a monograph on Medieval Meteorology.