The US has announced its limited support for the “Trips waiver”, a proposal to suspend intellectual property protections for products and technologies needed for the fight against COVID-19, including vaccines, for the duration of the pandemic.

This would involve a temporary suspension of certain rules set out in the Trips agreement, the intellectual property treaty of the World Trade Organization (WTO).

The waiver was first proposed by India and South Africa – two countries with robust generic pharmaceutical manufacturing capacity – in October 2020 as one important tool to address availability of COVID-19 vaccines, diagnostic tools and therapeutic treatments. 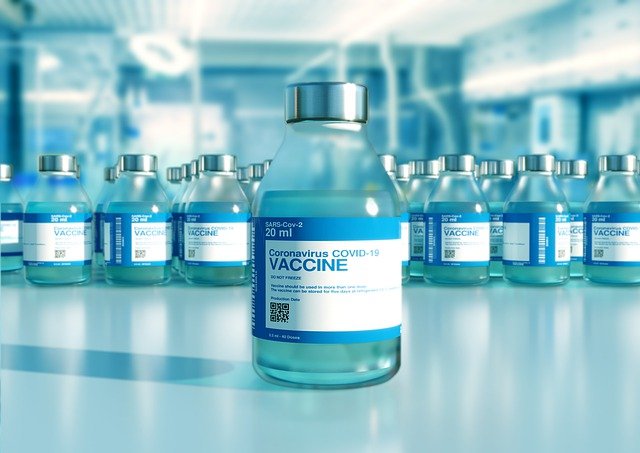 For seven months, the proposal has made little progress due to opposition from the US, the EU, Switzerland, the UK, Japan and others.

The surprise announcement garnered a positive response in many quarters, and was soon echoed worldwide, with the EU, New Zealand and France expressing more willingness to negotiate.

Yet the US is the centre of attention because its statement is such a big departure from its previous antagonism towards other countries’ public health measures that affect intellectual property rights. For example in 1996, it threatened to impose sanctions on Brazil for reforming patent laws to improve access to AIDS medication.

Given this history, and intense lobbying from the pharmaceutical sector, the US support for the Trips waiver was for many a welcome surprise.

Support for the waiver, and the latest US Trade Representative report indicating that the US will respect the right to grant compulsory licenses consistent with the the Trips agreement, may give all trading partners, not just developing countries, the confidence to boldly use those powers to improve the supply of COVID-19 vaccines without fear of trade retaliation.

But aspects of the US announcement are more narrow in scope than the original proposal.

The initial proposal would cover all technologies for the detection, prevention, treatment and response to COVID-19, while the US statement limits its support for waiving intellectual property rights in vaccines only. While vaccines are the centre of attention right now, the broader proposal would address the limited supply of therapeutics, like Baricitinib or Redemsivir, or diagnostics, like reagents for COVID test kits.

Nevertheless, the US support could help bring the Trips waiver to the next stage of “text-based negotiations”. There is now hope that formal negotiations can start addressing outstanding issues, such as how long the waiver would last, and whether anything more than vaccines may be covered.

As the Trips waiver gained public attention, many have referred to the measure as a “patent waiver”.

This has obscured other intellectual property rights which are included in the original proposed Trips waiver: copyright, trade secrets, and designs – not just patents.

Patents certainly deserve a lot of attention: the manufacturing and supply of one product, especially complex biologics like COVID-19 vaccines, is often governed by multiple patents, which may be owned by different entities.

But trade secrets, which protect different kinds of exclusive information, including data gathered during the regulatory approval process, and tacit know-how are also essential for manufacturing and producing vaccines.

Providing incentives to share or reveal trade secrets, information covered by non-disclosure agreements, as well as regulatory submissions, such as clinical trial data, would not only spur competition. It would also provide the basis for further innovation.

This was seen in the case of Shantha Biotechnic’s development of a hepatitis B vaccine for Indian domestic supply, which used yeast instead of the traditional bacterial system, allowing production of a low-cost Indian vaccine which went on to become the mainstay of a global vaccination drive led by Unicef.

Some of the COVID-19 vaccines on offer – those developed by BioNTech and Moderna – use mRNA, a relatively novel technology that has only recently been produced in large numbers. Many countries may not yet have the means or know-how to produce them domestically. The WHO has set up a mRNA technology transfer hub to provide a mechanism to share the technology globally, but none of the current vaccine manufacturers have yet offered their help or expertise to this initiative.

By covering multiple types of intellectual property in a global measure, the Trips waiver as originally proposed would provide more freedom to operate for manufacturers and suppliers and to do so in a speedy manner.

Companies in many different countries could use the shared knowledge without the need to negotiate country-by-country and product-by-product licence agreements. This would diversify locations of production. It is hoped and expected that the prospect of a waiver will spur efforts to persuade pharmaceutical companies to enter into more voluntary arrangements and non-exclusive licensing to enable the transfer of technology in a controlled and transparent way.

To end the pandemic, we need a number of different strategies to share around the benefits of existing COVID vaccines, treatments and tests, as well as enable further innovation from multiple sites.

Wealthy countries need to reverse their over-ordering of doses, export restrictions should be lifted to increase production, and data from regulatory approval processes should be made accessible. Governments should oblige companies, paying them where necessary, to enter into voluntary transfers of their know-how, share trade secrets and other undisclosed information.

The Trips waiver is a masthead for all of these things to happen simultaneously and urgently now.

Jocelyn Bosse is a Lecturer in the School of Law, Hyo Yoon Yang is a Reader at the University of Kent and Siva Thambisetty is an Associate Professor at the London School of Economics and Political Science.