Europe is facing strong economic headwinds. Record inflation, the need to recover from the pandemic, and a divided response to Russian troop deployments along the Ukraine border, all chill the February air.

Whether this complex situation will thaw in the coming weeks and months depends on many moving parts – including Vladimir Putin’s tanks, energy prices and the ongoing effects of COVID – and how the global community responds to them. 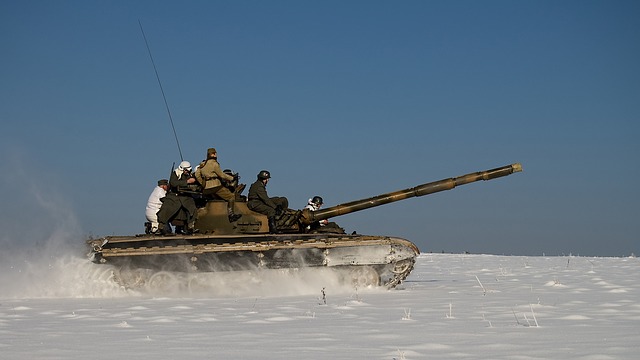 None of this is straightforward. For example, allies in the west (including Europe) have promised massive sanctions if Russia invades Ukraine, but how effective these are as a deterrent is debatable. Russia can, in the medium term, sell much of its energy through an alliance with China, and avoid much of the sanctions’ impact.

Putin has also set up special autonomous regions within Russia as “sanctions proof” economic sanctuaries. Many of the country’s wealthiest citizens are on notice and will have had time to adjust their finances in the face of being cut off from access to western banks. Some European banks would themselves be badly hit by sanctions.

The real economic costs of an invasion for Russia then, are far from clear. And nor, for that matter, is Putin’s ultimate goal. At the time of writing at least, it’s possible this whole tense affair may be a bluff to weaken the Ukrainian economy and sow European discord.

The situation is not helped by the approach of the previous chancellor of Germany, Angela Merkel, whose policy with Russia was always to play for time. For an energy-dependent European Union, this served to kick the possibility of conflict with Russia down the road. The new and fragile German coalition government has not been well prepared for the arrival of 100,000 Russian troops on the Ukraine border.

Complicating things further is the question mark over the massive, expensive and as yet unused Nordstream 2 pipeline designed to bring Russian gas into Europe. EU law requires the separation of owner and operator in pipelines, but the Russian supplier Gazprom has no wish to cede control.

The delays are a headache for both Olaf Scholz, the new and silent chancellor, and Putin. Denying the go ahead for Nordstream 2 has been a key element of US negotiations while Germany’s position seems more equivocal.

That said, Russia could withstand some delay, as pipeline gas makes up only 11% of its exports. But it would affect its longer term goals of locking Germany into a closer codependent relationship, at least until net zero energy targets are more within reach. This is central to both Russia’s strategic ambition and to German energy stability, even if American and Qatari gas supplies can come to the rescue in the meantime.

Meanwhile Europe is doing its best to deal with the economic effects of COVID, which saw many countries take on massive amounts of debt, which must now be repaid to comply with EU fiscal rules. Added to this mix is the spectre of rising inflation, which could yet go up even further.

A Russian invasion of Ukraine would likely spook global markets, especially European stocks, and raise the price of gas, electricity and oil.

Back to the Ukraine border, and assurances to obtain no further Nato expansion to Ukraine for the time being may be enough, provided these are viewed as credible and linked to getting Nordstream 2 flowing.

Keeping Europe dependent on Russian gas for as long as possible is the key to influence over Germany (and hence the EU) as well as Ukraine. It assures Russian security far more than mere territory.

In a complex, interdependent world, where both military and energy security are under pressure, Europe has found itself ill prepared for this moment. Its response so far has been mixed. The EU’s Baltic states tend to favour a hard line, with Germany seeking balance, and France being softer and favouring a “reset” with Russia on security issues. The UK remains preoccupied with accusations its prime minister broke pandemic lockdown rules, and the country less relevant by the day.

But even if tensions around Ukraine are eased in the coming months, it is likely they will return. Europe’s persistent gas problem comes at a cost. The Russian interest is to see how far they can push.

And the timing of Putin’s Ukraine gambit is no coincidence. He is flush with oil money, and Europe is weakened by COVID and global economic forces. It is impossible to predict what will happen next, but what seems certain in the short term is continued brinkmanship, bluff and bargaining for concessions involving painful choices. Trying to dance with the Russian bear is always dangerous – and especially so in an economically bleak winter.

Dr Jorge Guira is Associate Professor of Law and Finance in the School of Law at the University of Reading.