Prof Sarah L. Dance and Dr Amos S. Lawless, from the School of Mathematical, Physical and Computational Sciences, have recently been appointed to leading roles in the UK National Centre for Earth Observation (NCEO). The NCEO is a distributed centre funded by the UK Natural Environment Research Council (NERC), with over 100 scientists from UK universities and research organisations. With an income of over £8 million per year, NCEO provides NERC with national capability in Earth observation science – monitoring the health of our planet through satellite instruments and more – and world-class capability in interpreting these data.

A fundamental activity in NCEO is data assimilation, the science of combining observational information with computational models to build up a picture of the Earth system. As part of NCEO’s executive team Sarah and Amos will share responsibility for the development and delivery of the data assimilation scientific strategy within NCEO. Sarah will take on the role of Director of the NCEO Data Assimilation division and serve on the NCEO management board. Amos will be Head of Data Assimilation Methodology and the NCEO Training Lead. Together they will also serve as co-directors of the University’s own Data Assimilation Research Centre (DARC), a leading centre in the theory and application of data assimilation in environmental science.

“Congratulations to Sarah and Amos on their appointment to these two roles. Reading already plays a key role within the National Centre for Earth Observation, and our leading position as a centre of excellence for the study of the earth, ocean and atmosphere means we contribute significantly to our knowledge about our planet’s complex natural systems and how they are changing.

“Data assimilation is a critical part of making best use of observations for weather and climate forecasts and for the re-analyses that are so widely used in atmospheric science and climate research. We are really excited that Sarah and Amos, who already do such great work in this area, will continue to play leading national roles in developing data assimilation for the next generation of high-resolution, Earth-system models.” 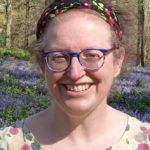 Sarah L. Dance is a Professor of Data Assimilation and has been part of the University since 2002. She currently holds an EPSRC Senior Fellowship in Digital Technology for Living with Environmental Change. Sarah was awarded the Royal Meteorological Society’s 2020 Adrian Gill Prize for her world-leading research in data assimilation for hazardous weather and flood prediction. 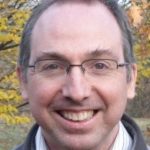 Amos S. Lawless is Associate Professor of Data Assimilation and Inverse Problems. He joined the University in 2001 and has been part of NCEO since its inception in 2008. His research interests lie in the development of new mathematical methods to solve the data assimilation problem in large, complex systems.